Olympus PEN E-PL1: the Reviews Are In 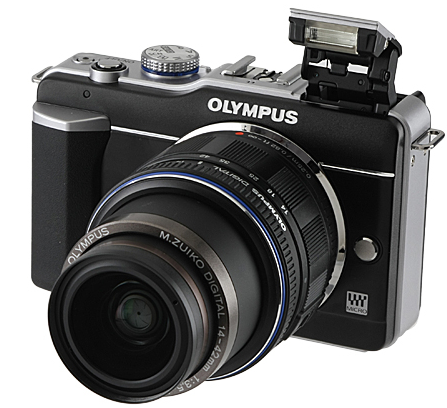 The Photo Marketing Association show at the end of February is one of the biggest trade shows in the camera world, and the lead-up to it is marked by teasers for lots of the cameras to be unveiled. There have been a few recent announcements, but one of the cameras currently getting the most buzz is the Olympus PEN E-PL1, a 12 megapixel camera with interchangeable lenses that’s capable of shooting HD video. Price tag: $600.

Olympus recently unveiled the camera, and the early reviews are in:

The Gadget Lab review of the E-PL1: new features, but it’s ugly

Geek.com review of the E-PL1: a great entry-level camera

In sum, very favorable reviews of the Olympus E-PL1, leaning towards the sentiment that this is a populist, easy-to-use camera with good features for its relatively low price point (but, a few grousings that it’s not as pretty as other cameras). Read the full reviews for more insight (and for lots of pictures).

Olympus and Panasonic rumors site 4/3 Rumors has discovered that the E-PL1 is already available for preorder on Amazon and  BHPhoto, if you feel compelled to make the plunge.