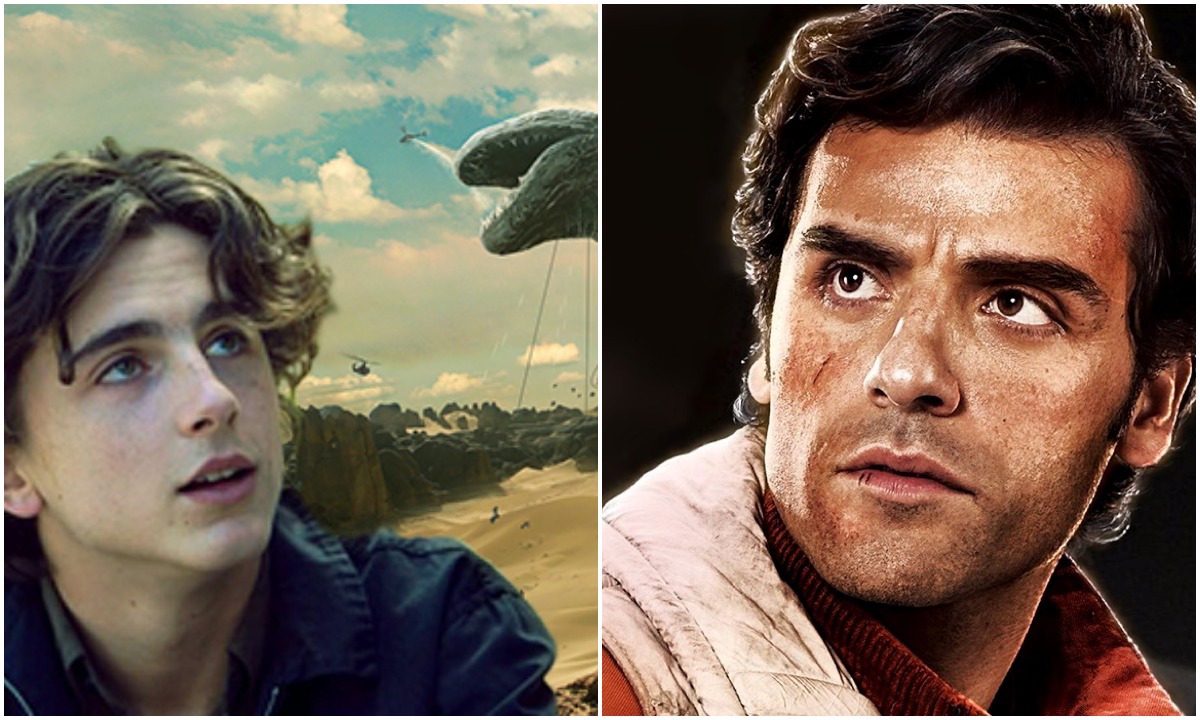 Star Wars‘ Oscar Isaac will be venturing into space once more, this time as Duke Leto Atreides in Denis Villeneuve’s Dune reboot.

Personally, I would be thrilled if we did not have to watch anyone attempt to adapt Dune again, because Dune is a story that famously does not like to be transferred from page to screen. But if we have to do this thing, at least Villeneuve’s cast is top-notch.

The buzz today is that Isaac is set to take on the part of Duke Leto Atreides, tragic father of messianic protagonist Paul Atreides. Paul will be played by Timothée Chalamet, Hollywood’s current bright-eyed golden boy. Mission: Impossible and The Greatest Showman‘s Rebecca Ferguson has been cast as Lady Jessica, Leto’s concubine and Paul’s mother and a powerful badass in her own right. Charlotte Rampling will play the head of Jessica’s order, the Bene Gesserit Reverend Mother Mohiam.

The villains are also promising: Guardians of the Galaxy‘s Dave Bautista as “Beast” Rabban and Stellan Skarsgård, pater of the Skarsgård clan of blessed genes, as the evil Baron Harkonnen. I’m confident in proclaiming that Villeneuve’s Dune will be well-acted, but whether we want or need to see them act this thing out is another matter entirely.

More than a year ago, when reports that the film’s script was finished hit, I wrote about why I don’t love Dune the book, as well as the history of the science fiction epic’s notorious on-screen flameouts. I have a lot of issues with the Frank Herbert classic, namely:

[…] when I finally read Dune I found it boring and dense, lacking any kind of empathy or warmth or reason to care about it at all. I thought the writing ungraceful, the characters unsympathetic, and the plot painfully foreshadowed and predictable.

After I wrote this article, a friend whose literary opinion I trust reached out to say that it was the later books in Herbert’s series that had made her love the Dune universe—that there were powerful and nuanced stories that emerged post-Dune. I’m sure this could be the case! But the fact of the matter is that we’re not talking about Dune Messiah or Children of Dune or God Emperor of Dune or Heretics of Dune. This is just plain Dune and I’m still firmly of the opinion that there are other tales more pressing to tell in Hollywood than this one.

By all accounts, Villeneuve is doing a straight-up adaptation of the first book, a story that has already been portrayed with unsavory results. Villeneuve (Arrival, Bladerunner 2049) is a talented director with a clear interest in science fiction and a gift for visuals. But why the desire to retread these same sandy steps? Are even big Dune fans clamoring for another Dune? Is there some spice I can take that will get me on board with this thing?

Oscar Isaac’s casting generated the most excitement I’ve seen so far in regards to the movie. Our thirst is mightier than a messiah-type lost in the deserts of Arrakis.

if my uterus were a compass it would be furiously spinning in all directions right now https://t.co/ZAU1y7vaJj

I would be thrilled if Villenueve defied Dune‘s cursed past and turned Dune into something that didn’t feel ponderous, plodding, and outdated. But if we have to have this thing, let’s hope he’s going to keep some of David Lynch’s wild, campy vision alive.

What do you think of Isaac’s casting? Are you super-psyched for Dune and ready to yell at me? Who should we cast as Duncan Idaho, Gurney Halleck, Thufir Hawat, and Chani? Why do people always have such weird names in space? So many questions.