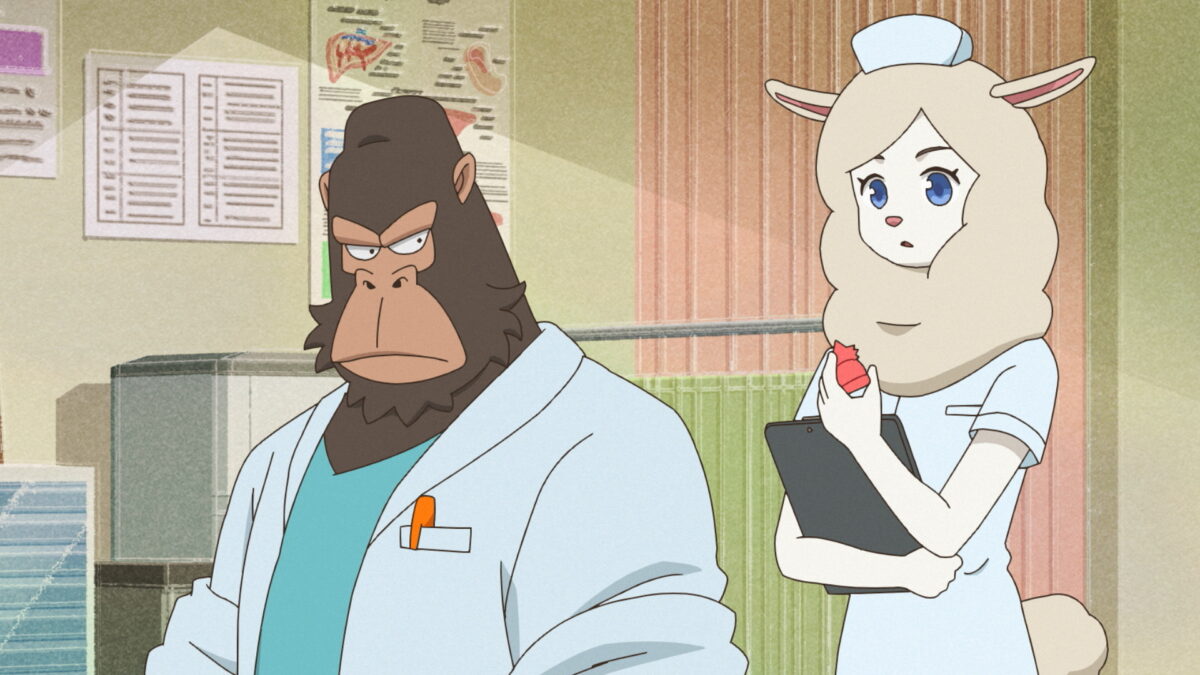 ODDTAXI aired its finale on Monday and I can honestly say that this is a series that truly snuck up on me. It wasn’t one of my “I GOTTA WATCH THIS” picks for 2021, but the trailer looked interesting and I decided to give it a shot.

At this point, I’m convinced that the “ODD” part about the series is how quickly it pulls you in. This story about anthropomorphic creatures going about their day is one of the most well-written character-driven anime of 2021.

I recommended giving it a watch back in April and I can say that the series has gotten better since then.

The storytelling is top-notch with engaging characters whose day-to-day situations are just as interesting as the larger plot at hand. I found myself just as interested in the regular conversations the characters had as I was with the dramatic beats, and boy, do those dramatic beats keep coming. Each episode is a build-up to the bigger mysteries involving a missing girl, stolen drugs, murder attempts, and other plot threads that our main character and his taxi unintentionally have a part in.

Or intentionally depending on the situation.

We got the chance to work with Crunchyroll to interview both Riho Iida (Shirakawa) and Ryouhei Kimura (Gōriki). Fans may be familiar with both voice actors outside of ODDTAXI. Riho Iida voices Rin Hoshizora in Love Live! School Idol Project. Meanwhile, Ryouhei Kimura is the voice behind Bokuto Kotaro in Haikyu!!, Ryouta Kise in Kuroko’s Basketball and Joshua in The World Ends With You.

Shirakawa is an alpaca nurse who works at Gōriki’s clinic. She develops feelings for Odokawa but is hiding a dark secret unbeknownst to him and her boss. 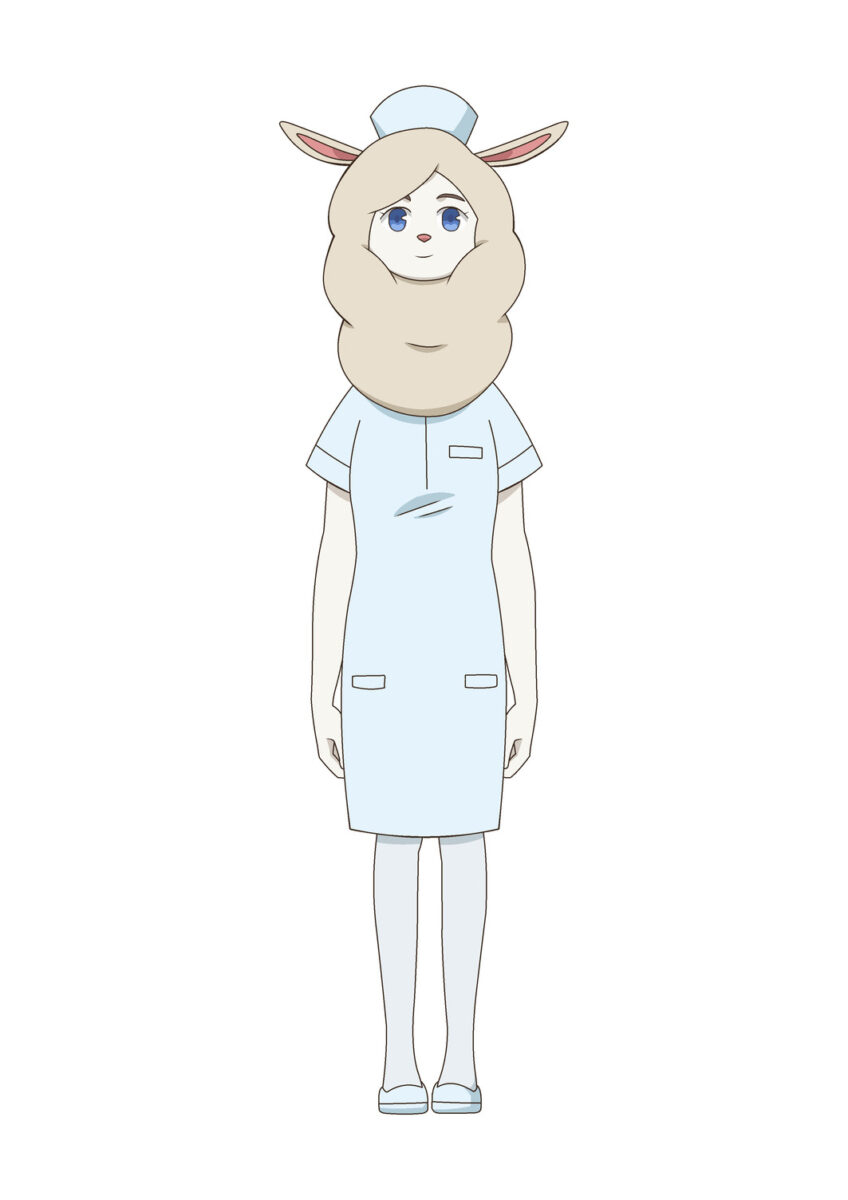 TMS: What did you do to prepare for the role of Shirakawa?

Iida:  Shirakawa looks like a 28-year-old woman. When I recorded this role, I was basically the same age. I think my voice sounded neither like a woman older than 30 years old, nor like a woman in her early 20s. It was calm, mild, and also mysterious.

But since she’s the heroine, I wanted to make her a little cute. Since the role’s age was close to my own, there wasn’t too much of a difference. But when I began recording, I found that I was stuck on the idea of putting on a “performance by an anime voice actor,” so the first day involved a lot of discussions, retakes, and trial and error.

TMS: What is it that makes Shirakawa so charming?

Iida: I think Shirakawa-san is an attractive woman with a mysterious relaxed feel to her. If I developed feelings for someone like her, I don’t think I’d act on them. Shirakawa-san seems like someone who knows how to attract people. During one of the earlier episodes when Odokawa-san asks her if she likes anyone and asks to see a photo of him, she sets her phone camera to selfie mode so he’ll appear on the screen. That’s not something a normal person could come up with. It’s like something a spy would do. She’s a very attractive woman surrounded by a veil of mystery. She’s strong, too.

At first, she seems mysterious and somewhat spy-like, but as you follow the story, you discover that she has a tendency to enter close co-dependent relationships. Her maternal instinct is strong. She knows Dobu-san is a bad guy, but she claims he has his good parts, too. The word “co-dependent” comes up in the story as well. That’s exactly who she is: the type of person who gets close to people emotionally. Essentially, she’s a very kind and gentle person. More like ripples than raging waves.

Iida: I think we feel like pretty different people. I’m not very mysterious and talk about everything, but Shirakawa-san is also a considerate person. It’s a little odd to describe oneself as considerate, but I do end up looking after younger colleagues maybe a bit too much. I’ve even gone so far with it that I’ve ended up hurting myself. I wouldn’t call that co-dependence necessarily, but in that way, we might be similar. I think we both have older sister vibes.

TMS: Is there anything you typically focus on while recording?

Also, I’m not sure if this is a good thing or a bad thing, but I try not to think of stuttering as a mistake, but rather as part of the expression. If you’re focused on expressing the line, then you’ll stutter sometimes, so rather than thinking of it as a mistake, I stutter with confidence.

TMS: What makes ODDTAXI such an appealing series?

Iida: It’s difficult to describe. The story itself is mysterious. It’s so different from everything else that’s been produced so far, which may make it difficult to get into, but it’s guaranteed to hook anyone who watches it. Your first impression will definitely be different from how you feel about it by the end. If you’re only familiar with this interview, then I encourage you to watch the series from episode one. The story is told using animal characters, but it expresses the broad spectrum of humanity you’d expect from a live-action series.

There are lines of dialogue and scenes that feel like they could apply to anyone. At first glance, it does seem like an unusual series, but once you start watching, you’ll realize that it’s one of the most human series out there. And above all, the music is stylish. For a lot of the staff, including the director and scriptwriter, this was their first anime and kind of an experiment. From that perspective, it’s probably different from any other anime people have seen before. I hope people feel captivated by and are aware of that charm as well.

TMS: Do you have a favorite scene or line of dialogue from the series?

Iida: There are a lot. The script uses a lot of verbal substitutions in its examples and metaphors. In particular, I remember a conversation about the size of something, and a character says it’s as big as an American vitamin capsule. It’s excellent, and I love it. The most obvious example from the earlier episodes is the “S-S-Springsteen” conversation—I’m having trouble saying it right now. Scenes like those are the first time viewers will notice there’s something different about this series that captures their interest. I can’t choose just one scene; there are so many fun details to discover. I have so many favorites. It’s like reading a novel. It’s a wordy script.

TMS: What do you personally believe is the message of the series?

Iida: Each character seems disconnected from the others at first, but ultimately they’re all connected. It’s a small world. But I still felt each individual’s desires or resolve—the strength of their will—their humanity.

The characters feel like people you could become tomorrow or express thoughts that you’ve had yourself. The vague thoughts we have during our everyday lives are spelled out explicitly in the script and made into an anime. That’s ODDTAXI. We all think, “I want to go viral on SNS,” but we don’t often see depicted why and how that happens. We’d never say it ourselves. ODDTAXI wraps that up nicely. It feels very modern.

Gōriki is Odokawa’s primary physician, but also, one of his closest friends who expresses concerns for his wellbeing. He’s the type to put others before himself, even if it means closing down his clinic. 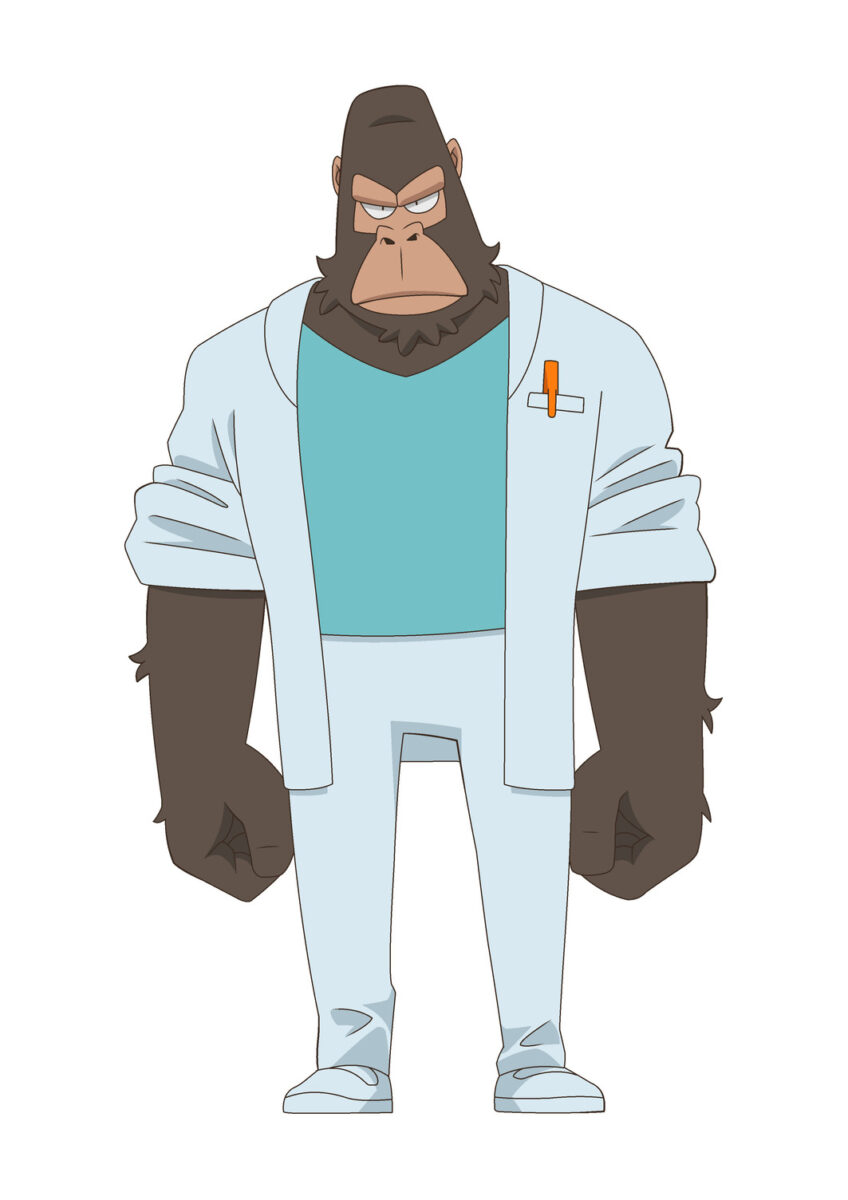 TMS: What makes Gōriki such a great character?

Kimura: He’s an intelligent and magnanimous man who cares deeply for his friends. He feels very human in both good and bad ways, which I actually find charming.

TMS: Gōriki and Odokawa have an interesting friendship. How did you feel about their relationship?

Kimura: I may not be at his level, but I do my best to take care of my friends.

TMS: How was working on ODDTAXI different from working on the other series you’ve done?

Kimura: Since it’s not only an original story, but also one with strong mystery elements, each week I was excited to read the script.

TMS: What are some of your favorite moments in the series so far?

Kimura: [Sharing a favorite anecdote from recording] I happened to be at the studio on a day they were recording but I didn’t have any lines, so I got to be part of the crowd.

TMS: What makes ODDTAXI such an appealing series?

Kimura: It’s a high-quality suspenseful drama hidden behind unconventional character designs and casting choices. There’s a lot of clever comedy mixed in, too.

You can hail over Odokawa’s taxi right here at Crunchyroll.