Is Palmer Luckey a fraud? 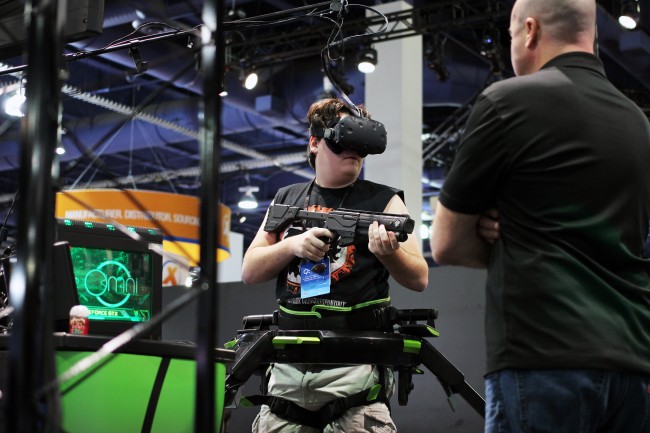 Even if you don’t follow technology news, you’ve probably seen a photo of Oculus Rift co-founder Palmer Luckey before. Almost exactly a year ago, he appeared on a notorious and endlessly meme-ified TIME magazine cover, wearing a Rift headset while jumping in the air. The photo, and the story inside, made Luckey into the poster boy of virtual reality. This week, however, Luckey’s expertise and experience have been called into question as details emerge about ZeniMax Media’s ongoing lawsuit against Oculus Rift.

But let’s get back to Luckey’s “poster boy” status for a moment. The “boy” part is an important piece of his persona. Luckey has previously said in media interviews that his journey towards creating the Oculus Rift began at age 16, when he first started looking for a VR headset he could use while playing games. He soon realized that none of the equipment out there would meet his expectations, so Luckey decided to build a headset himself in his  parents’ garage.

By age 18, or so the story goes, Luckey considered crowd-funding his prototype. He told Eurogamer that he planned to produce “about 100 of these things—basically, to get money to buy all of the components required on a slightly larger scale and then send these out to people as kits so they could assemble them themselves using my instructions so they could have the same thing as I had. I figured it would be a really cool thing to have a couple of VR nerds toying around with.”

One VR nerd in particular found out about Luckey’s tinkering, and that was id Software programmer John Carmack. By the way, ZeniMax Media owns id Software; according to ZeniMax’s complaint, Carmack started communicating with Luckey about the VR headset project in April 2012, while Carmack still worked at id Software.

Before this week, the story about Oculus Rift’s founding had always revolved around the prototypes that Luckey built in his garage—the romantic idea of a kid building something on his own and eventually gaining enough well-connected friends to make it a reality. However, this past week, ZeniMax added several more paragraphs to their lawsuit, and those paragraphs argue that the garage story is just not true.

The updated version of the lawsuit also adds Oculus executives John Carmack and Brendan Iribe to the list of defendants, alongside the previous defendants (Palmer Luckey, Oculus, and Facebook, which owns Oculus). The new paragraphs added to the complaint make for surprisingly juicy reading, as far as legal complaints go.

ZeniMax argues that Luckey simply wouldn’t have been able to create the Oculus Rift on his own, that Iribe told Oculus staff to “disseminate to the press the false and fanciful story that Luckey was the brilliant inventor of VR technology,” and that Luckey “had developed that technology in his parents’ garage.”

The complaint goes on: “In fact, that story was completely and utterly false. Luckey lacked the training, expertise, resources, or know-how to create commercially viable VR technology. His computer programming skills were rudimentary, and he relied on ZeniMax’s computer program code and games to demonstrate the prototype Rift. Nevertheless, this fraudulent tale was frequently reported in the media as fact.”

It’s not only that the media reported this story as fact—Luckey himself told this story to press outlets when interviewed, as the quotes I’ve embedded above reveal. So, hypothetically speaking, if Luckey didn’t build prototypes of the Rift in his parents’ garage, then it’s been quite an elaborate lie for him to keep up, especially given how many feature stories have been written about his life and career up until now.

Anyway, if Luckey didn’t invent the technology behind the Oculus Rift, then … who did? ZeniMax did, at least according to their allegations. They claim that their code got stolen by their former employee John Carmack. The complaint asserts that Carmack “secretly and illegally copied thousands of documents containing ZeniMax’s intellectual property from his computer at ZeniMax to a USB storage device which he wrongfully took with him to Oculus.” Interestingly, the complaint does not allege that Carmack stole these files while he was still an employee at the ZeniMax-owned id Software, but rather that Carmack returned to the offices after leaving his job and stole the materials at that point.

In response to this complaint, Oculus has issued the following statement to Game Informer (and to several other media outlets, such as Venture Beat, Ars Technica, Gamespot, PC Gamer, etc): “This complaint filed by ZeniMax is one-sided and conveys only ZeniMax’s interpretation of the story. We continue to believe this case has no merit, and we will address all of ZeniMax’s allegations in court.”

The memes of Palmer Luckey’s TIME cover are going to get a whole lot wackier, depending on how the rest of this case shakes out.