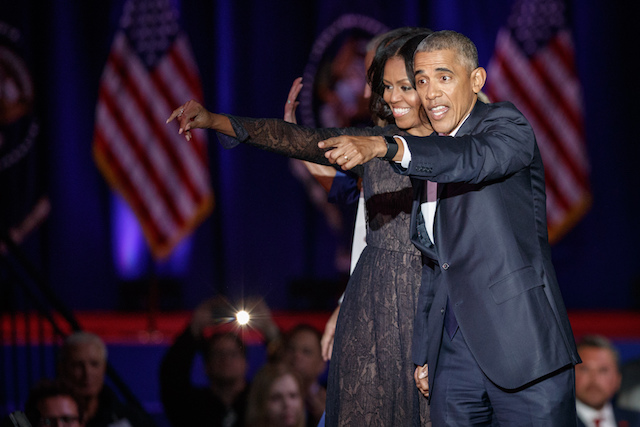 After eight years of dealing with his opposition’s bullshit, we can’t really hold it against President Obama that he took a bit of a break after inauguration day. Thankfully, he’s not going to leave us hanging forever, and today, he released a statement saying that the actions we’ve taken have heartened him—the ones standing up and fighting for our beliefs, that is. Others … maybe not so much.

Obama has made no secret of the fact that his main hope for the future of the American people is that we’ll all care much more about the political process and maintaining our democracy. During the 2016 presidential campaign, he told people, “Don’t boo. Vote.” He also expressed disappointment in some of his outgoing remarks when wondering aloud why it is that we seem to so often need to relearn the lesson that voting—participating—is important.

His statement, through spokesperson Kevin Lewis, falls right in line with those sentiments, as Obama seems encouraged by the amount of people actually taking action in response to their concerns about our government:

President Obama is heartened by the level of engagement taking place in communities around the country. In his final official speech as President, he spoke about the important role of citizen and how all Americans have a responsibility to be the guardians of our democracy—not just during an election but every day.

Citizens exercising their Constitutional right to assemble, organize and have their voices heard by their elected officials is exactly what we expect to see when American values are at stake.

With regard to comparisons to President Obama’s foreign policy decisions, as we’ve heard before, the President fundamentally disagrees with the notion of discriminating against individuals because of their faith or religion.

I’m sure he wishes we’d done more before the election to stop this from happening. I’m sure we all do—even those who already did a lot—but I think we’ve all been able to take a little comfort in standing together. Things have seemed pretty dark over the last ten days, but the bright spot has absolutely been the way people have come together in solidarity. These aren’t the circumstances under which anyone wanted to see that happen, but but if we’re going to change our circumstances, it’s definitely the right way.