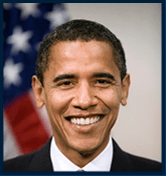 Yesterday’s State of the Union address had a heavy dose of geek as President Obama expressed America’s need for further technological innovation. There was a strong focus on “rebuilding for the 21st century” and making sure America keeps pace with other countries — from both an industrial and scientific standpoint. Most excitingly was Obama’s plan for 98 percent of Americans to be covered with wireless high-speed internet in the next five years.

We’re the nation that put cars in driveways and computers in offices; the nation of Edison and the Wright brothers; of Google and Facebook. In America, innovation doesn’t just change our lives. It is how we make our living.

Within the next five years, we’ll make it possible for businesses to deploy the next generation of high-speed wireless coverage to 98 percent of all Americans. This isn’t just about faster Internet or fewer dropped calls. It’s about connecting every part of America to the digital age. It’s about a rural community in Iowa or Alabama where farmers and small business owners will be able to sell their products all over the world. It’s about a firefighter who can download the design of a burning building onto a handheld device; a student who can take classes with a digital textbook; or a patient who can have face-to-face video chats with her doctor.

The White House as a whole has become increasingly up-to-date: following the President’s speech, government officials monitored Twitter and Facebook for a Q&A session with we the people, and on Thursday, Obama will be answering user-submitted questions live via YouTube (and we fully hope Obama responds in kind to YouTube’s regular demographic).