Spider-Gwen, Gamora Get Comics; Black Widow Gets YA Novel | The Mary Sue 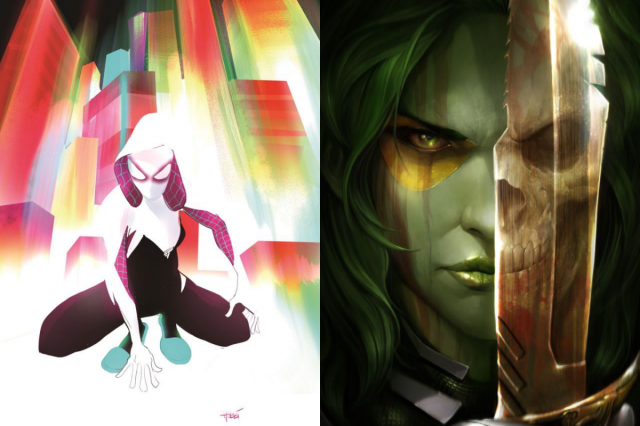 At NYCC, Marvel announced an awesome number of new projects not only featuring female protagonists, but also to be created by women. Excelsior! 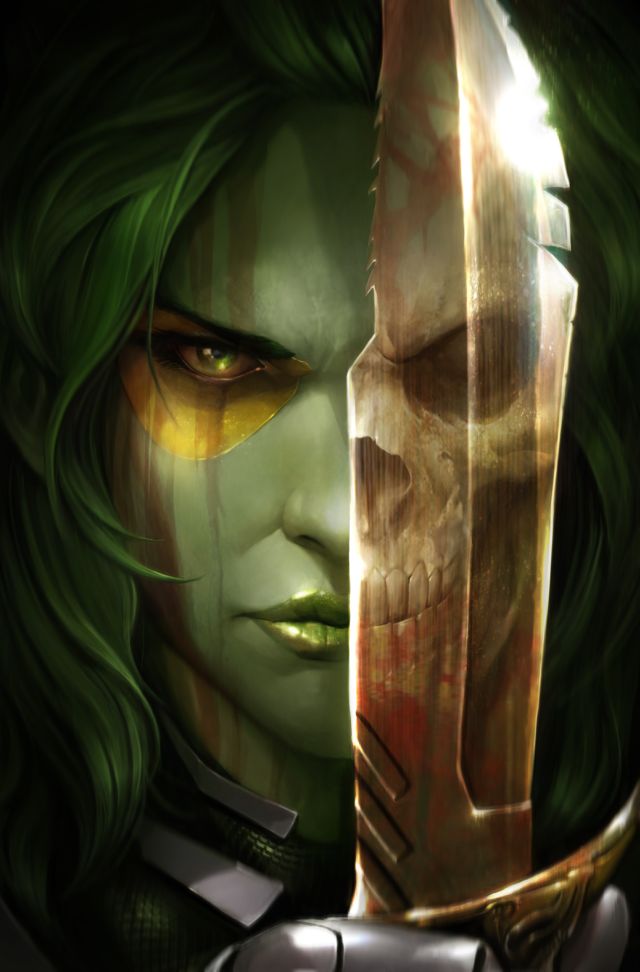 At the Women of Marvel panel Sunday at NYCC, it was announced that Nicole Perlman, the woman who wrote Guardians of the Galaxy (and Marvel’s first female screenwriter) will be writing the brand-new ongoing series Gamora. Yes, our green girl extraordinaire is joining the ranks of Rocket and Star-Lord and getting her own solo comic! There’s no artist attached yet, but the comic will launch this spring. 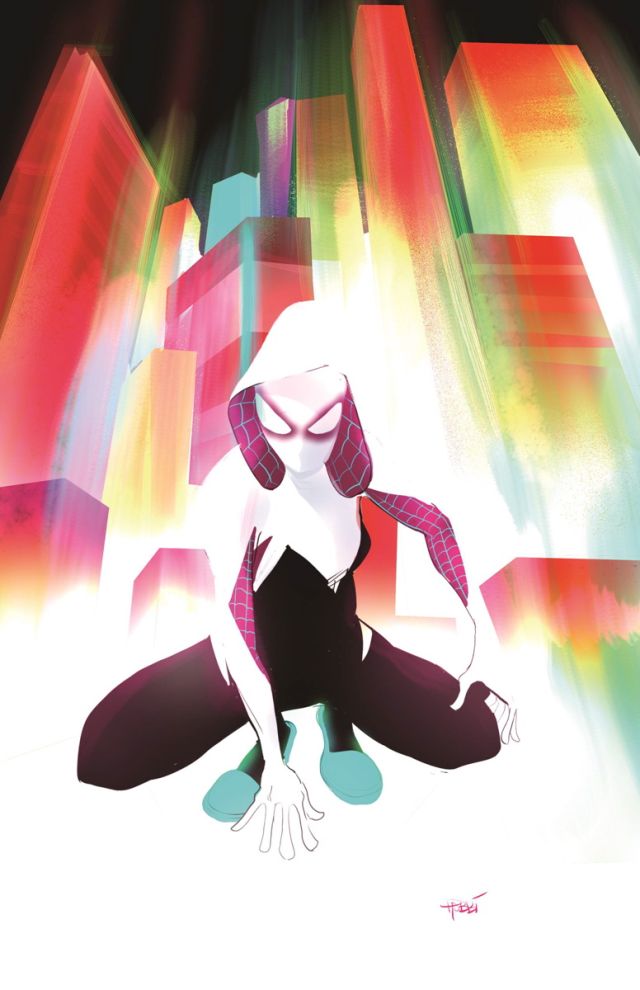 Gamora isn’t the only gal going solo; after the massive success of Edge of Spider-Verse #2, Marvel announced over on the Spider-Verse panel that alternate universe Gwen Stacy will be getting her very own ongoing Spider-Gwen series! Starting in February, Jason Latour and Robbi Rodriguez (the Spider-Verse writer/artist team) will be returning to bring Gwen to life – and The Mary Janes will still be around. 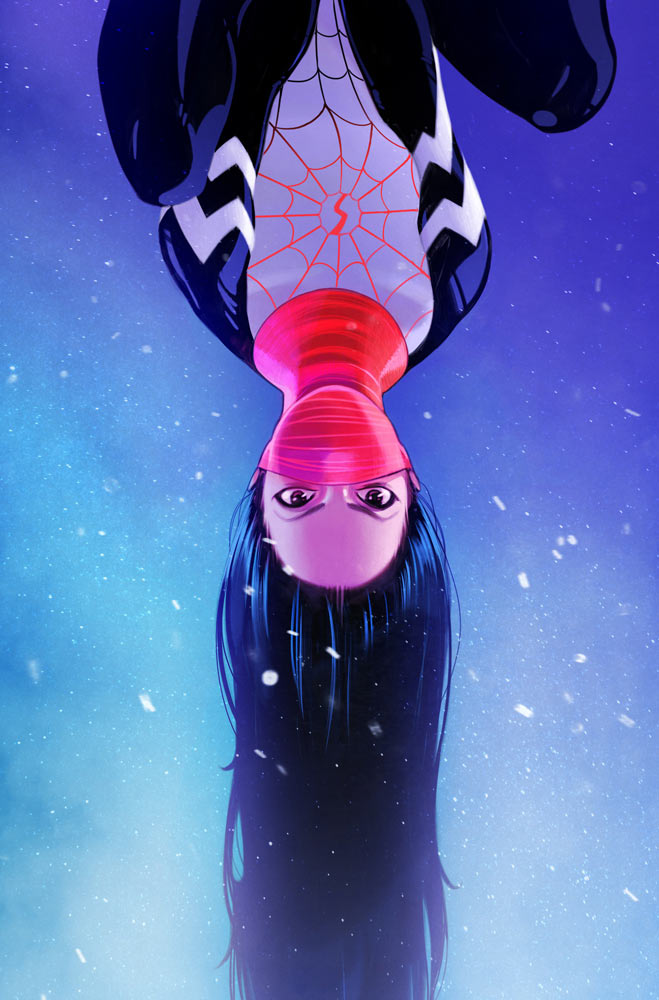 In addition to Spider-Gwen, February will also see the release of the new Marvel series Silk. The comic features Cindy Moon, a woman who was bitten by the same radioactive spider as Peter Parker. Supernatural‘s Robbie Thompson will be writing the series, and it will be drawn by the excellent Stacey Lee. 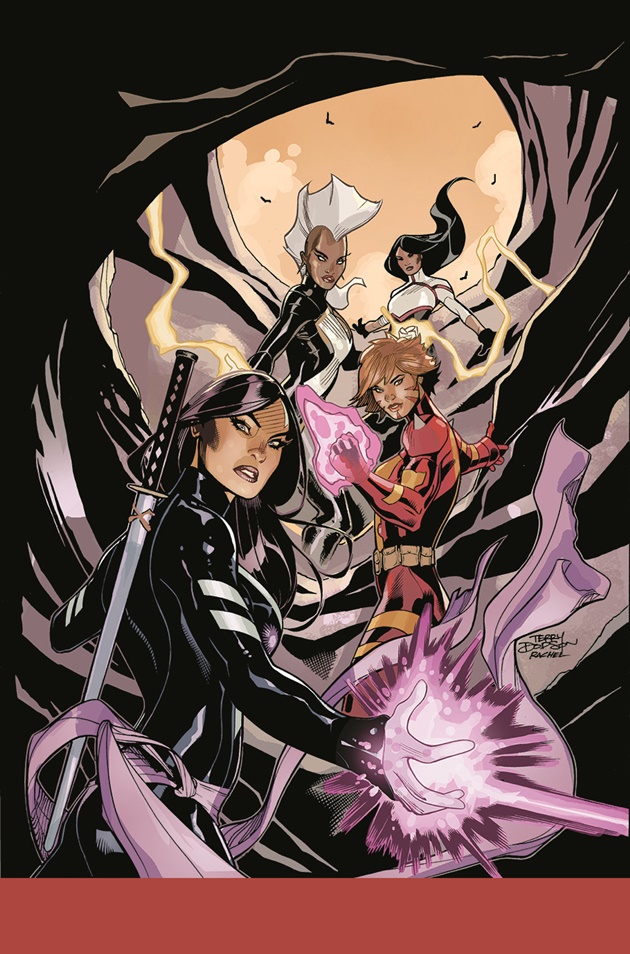 And, hey, remember how the current X-Men run features a team of all-female heroes? But, honestly, I kind of fell off it because it was the kind of book you could tell was being worked on by all dudes? Good news, X-fans; Ms. Marvel writer G. Willow Wilson will be taking over writing duties for the series starting with X-Men #23. Wilson will be writing a four-issue arc called “The Burning World” beginning in January; each of the four issues is told from the perspective of a different character, and will follow what happens when Gambit discovers a weird sinkhole at (basically) Burning Man.

If you’re more a novel gal than a comics reader, Marvel had some good news for you as well. Beautiful Creatures writer Margaret Stohl will be penning the next entry in Disney Hyperion’s Marvel YA series – and this one is all about Black Widow. I haven’t read Marta Acosta’s She-Hulk Diaries or Christine Woodward’s Rogue Touch yet, but I love YA and Beautiful Creatures featured some excellent female characters, so I’m looking forward to picking Natasha’s book up in spring 2015. 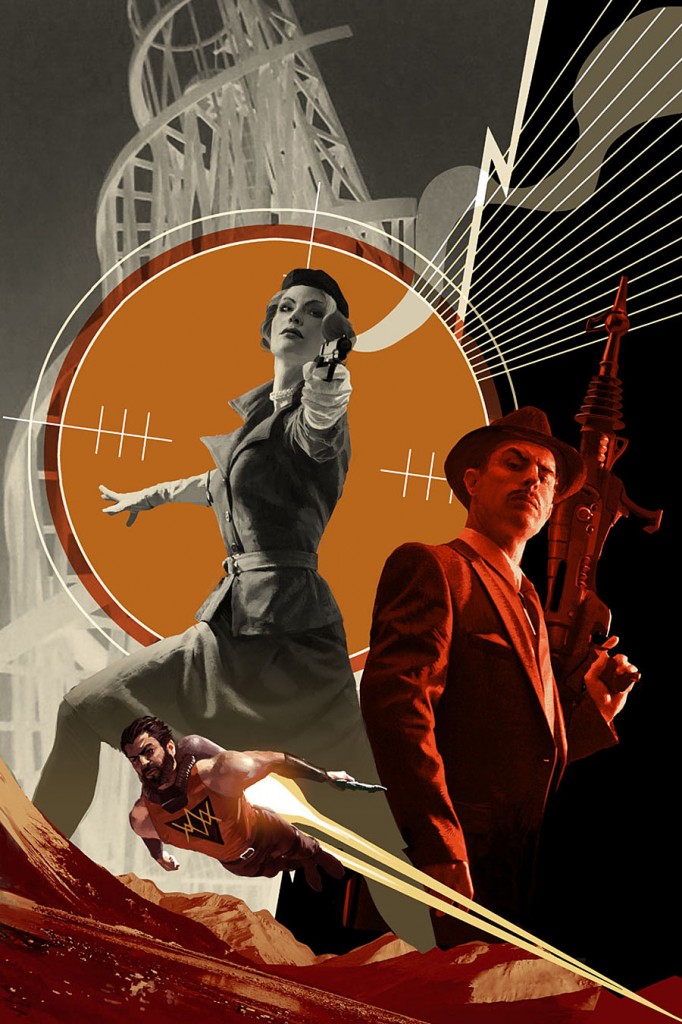 Additionally, this winter we’ll see the release of Operation S.I.N.. This five-issue mini-series comic starring Peggy Carter and Howard Stark will be written by Kathryn Immonen and drawn by Rich Ellis, and will work in lead-up to the mid-season premiere of Agent Carter. Immonen wrote the original Peggy Carter one-shot back in 2011, so it’s pretty rad that she gets to voice the character for this mini-series.

TL;DR: All ladies all the time at Marvel. Bless.