This Noiseless USB Microphone Is For When You Really Need To Sing In Public, But Privately 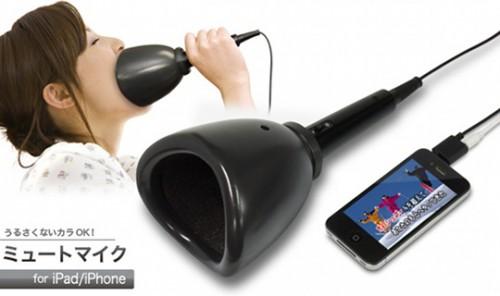 The idea of a karaoke app for a mobile device is kind of frightening. I am vehemently against anything that might encourage people to sing on public transit. Fortunately, someone has invented a Noiseless USB Karoake Microphone that lets you sing your little heart out without inspiring the violent rage of those in earshot. The only downside is looking like a lunatic, but chances are if you’re interested in buying this sort of thing, looking like a lunatic probably isn’t your biggest concern.

It’s a simple device really. Essentially it’s just your average microphone inserted into what looks suspiciously like a plunger. To use it, you just insert your face into the business end of said suspiciously-plunger-looking device and belt out a haunting rendition of “Who Let The Dogs Out” or something. The device is designed to play with Sega’s Karaoke app for iOS.

Aside from the sheer weirdness of this gadget, I’m also skeptical that it would even work. First of all, if you’re singing at a normal volume, loud enough to hit some tougher notes, you’re generating an awful lot of sound. There’s no way this thing can block it all. It might lower the radius of the circle in which people want to kill you, but there is no way it is “noiseless.”

Second, while many Karaoke-style games monitor your pitch and use that as pass-fail criteria, the karaoke app this is designed for is taking a more traditional approach; you sing, it records, and then it plays back the results. A microphone with such a weird plunger-esque obstruction around it might be good enough to pick up basic pitch, but I have my doubts about whether or not it could record something that’s worth listening to.

All that being said this might be useful if you’re singing karaoke by yourself in an apartment complex or with someone sleeping a room over, but it’s the mobile selling point of all this that really bothers me. It may have its uses but it’s still a little weird, niche, and expensive. Did I mention it costs $93? It costs $93. (And $20 shipping and handling.) Still, there must be some sort of market for this thing, in theory at least. I know that karaoke is a big deal in some Asian culture where this thing might really take off, but I think I’d prefer that no one around me be encouraged to sing on the go, whether I can hear it or not. 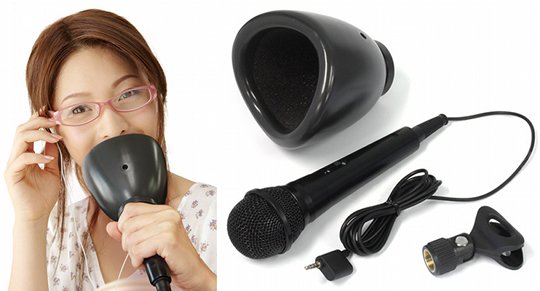