Review: Nobody Is Over-the-Top, Gruesome, and Tons of Fun 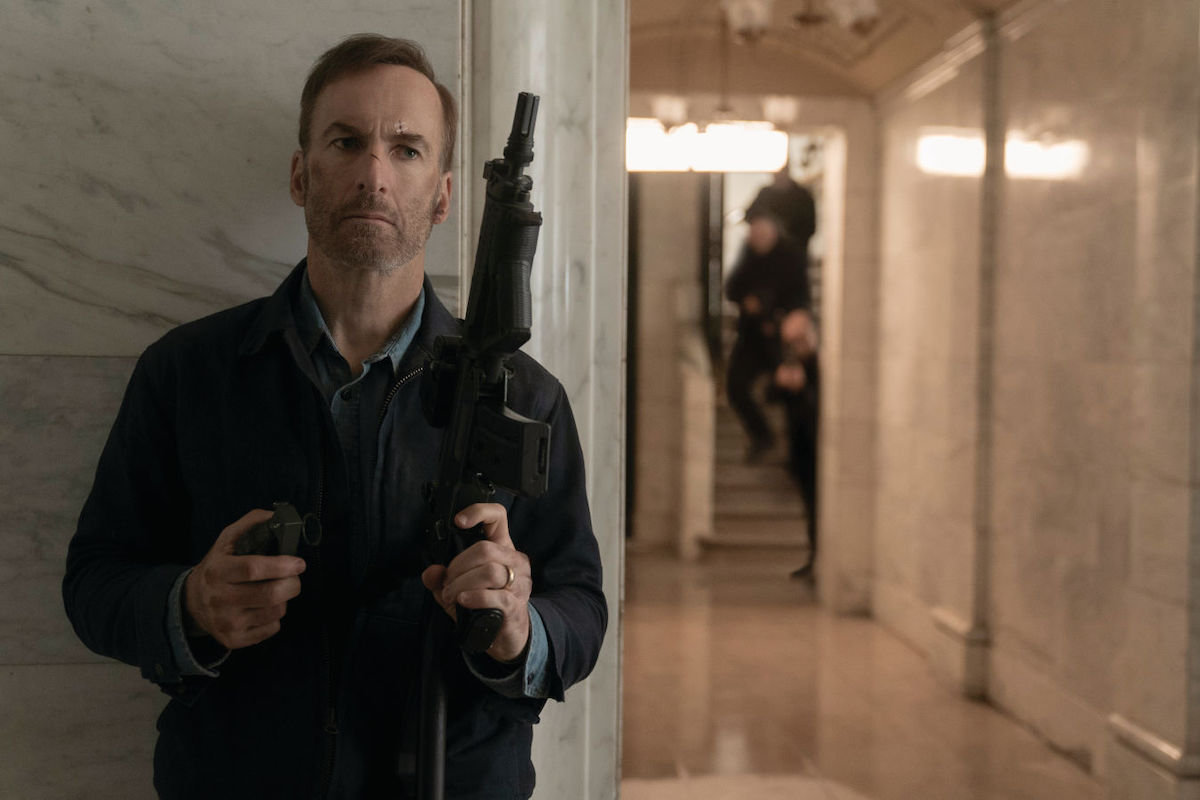 Bob Odenkirk has had an incredible career journey, from sketch comedy to starring in his own Emmy-winning Breaking Bad spin-off. And now he’s landed in the unexpected but entirely welcome role of action star.

Nobody is a movie that stars Odenkirk as Hutch Mansell (what a name), the epitome of the mild-mannered, milquetoast suburban dad—an archetypical nobody. His relationship with his wife (Connie Nielsen) is lukewarm at best, his son seems indifferent toward him, his bosses, who are also his in-laws, clearly don’t respect him.

All of this gets compounded when two masked strangers break into his house. Hutch wakes up in the middle of the night to find the burglars grappling with his son. Hutch has the opportunity to take one of them out with a golf club but falters.

The resulting mix of disdain and pity everyone from his family to the police shows for him, plus the theft of his daughter’s beloved kitty-cat bracelet, lead Hutch to get back in touch with a long-buried part of himself: the part that used to kill people for a living.

The rest of the movie is nothing new if you’ve seen a John Wick movie or anything Liam Neeson’s done in the last decade, as Hutch becomes embroiled with the Russian mob and has to fight his way out of every scene he lands in.

But “new” proves to be pretty unnecessary when it comes to this movie, which is a total joy to watch, thanks largely to Odenkirk’s incredible performance, which is just as delightful as we all hoped it would be when we were squealing over the trailer.

Odenkirk’s casting as Hutch in his pre-action phase is an entirely natural extension of his Break Bad/Better Call Saul role as Saul Goodman, and he leans into the sad, unassuming mundanity of that role hard. It’s a part we’re so accustomed to him playing that it makes the shift to legitimate action star utterly delightful, and the ease with which he shifts those gears is both unexpected and total perfection.

The film is also elevated from its bare-bones, nuance-free premise by Derek Kolstad’s unrelentingly tight 90-minute script, and director Ilya Naishuller’s energetic hyper-stylization. The scene where Hutch first re-commits to his very particular set of skills involves him taking down a group of obnoxious guys on a public bus. It is gruesome and unrelenting and absurdly long and if the entire movie were just that one scene, it would be worth it.

Despite its March release date, Nobody feels very much like a summer movie. (Which is fine because time is meaningless.) It’s that movie you throw on when you don’t want to think too hard for a couple of hours and just want to have a great time watching men punch each other. This movie is a heap of super-violent fun and it’s not trying to be anything else.

Nobody has a theaters-only release on Friday, March 26, but hopefully it won’t be long before it hits streaming sites. Universal has a deal with AMC theaters for a 17-day theatrical window, so with any luck, it will just be a few weeks before we can watch this film in the safety of our homes.