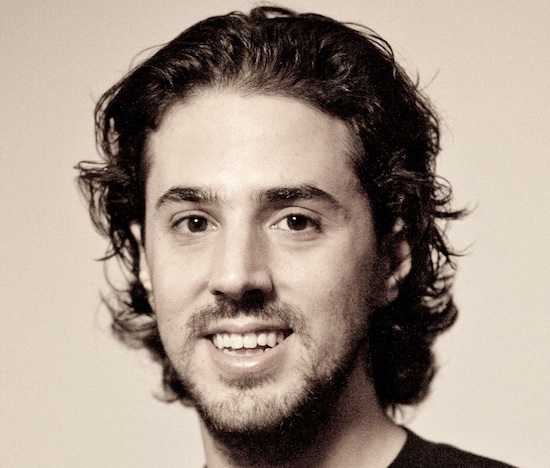 In our No Nametags interview series, Geekosystem chats with the creators, operators, and visionaries in today’s tech scene.

This week, we stopped by TechStars‘ Union Square office and chatted with David Tisch, who serves as the startup accelerator’s Managing Director in New York City. TechStars invests a small amount of money into a select set of tech startups — $6,000 to $18,000 — in exchange for a 6% equity stake in the respective companies. The real draw of the program, though, is the network of mentors that the program hooks the companies up with: Each startup gets the individual attention of several experienced members of the local tech scene, who advise them on business, product development, and the process of growing a company.

TechStars has programs in Boulder, Colorado, where the program originated, as well as Boston, Seattle, and New York City. This year’s class of startups is the NYC program’s first. At this Thursday’s Demo Day event, they will show off what they’ve been working on for the past three months to a crowd of 750 people, including a number of potential investors.

Geekosystem: TechStars NY is very selective, having picked just 11 companies out of the 579 that applied this year. What kind of background are you looking for in applicants?

David Tisch: You have to assess if this team is capable of building the vision that they pitch you. And doing that at the earliest stage is hard, and so you can look at their past and say “what have you done, where have you came from?” Have you worked at a startup, have you worked at your own startup, are you coming out of a big company where you made a big impact? And so we [at TechStars] have guys who came out of Amazon. We also have two guys who are random college roommates who built an iPhone app that 100,000+ people in New York use called Exit Strategy. Seeing their past ability to execute gave us confidence in their future plans. And so how they knew each other, it’s how long have you known each other, how well have you worked together, combined with any semblance of proof that you are going to be able to do what you say you are going to do.

Geekosystem: Can you describe the state of the seed-stage accelerator industry as a whole? What’s going to happen to tech culture when there’s a critical mass of these [accelerated] companies and the people who have risen through the ranks in these companies?

Tisch: Um, good question. I think today’s 2011 April market is incredibly hot and trying to raise money in this market, trying to start a company is fantastically easy for an entrepreneur, which is awesome. I think as the market changes there’ll probably be less startups out there, and ideally people going for bigger visions, rather than today’s market where I think there’s a combination of people shooting for the moon versus people shooting to thread needles.

“Companies like Foursquare or Boxee or Tumblr struggle to hire really talented people because a lot of those talented people are off doing their own startup. And sometimes those startups aren’t worth doing.”

And so — you know, I think models like Y Combinator and TechStars are built to last in any economic situation. Whether that prevails to all the other programs out there I’m not quite sure, there probably is a bubble in the accelerator world. But I think — one of the reasons we haven’t changed our fundamentals is because our program is meant to withstand the market, and it’s really meant to engage in the ecosystem over a long period of time, not just react to today’s conditions.

Geekosystem: I’m sure you’re sick of the comparison, but: TechStars vs. Y Combinator.

Tisch: I think the philosophies are incredibly different. So Y Combinator is built around Paul Graham, who is amazing, and being able to work with Paul Graham as an entrepreneur is an awesome, awesome opportunity. TechStars is built around our mentorship and our community. So they are, you know, a more genius-driven model, we’re more of an open-sourced model. We believe that bringing 100 people from the community, who have done this before, who have been in startups for years, who can give very practical advice and work deeply with the companies for three months, adds a ton of value. And I think each model has proven to be effective over time. But I do think that culturally, the two programs are incredibly different. Here, we focus on quality instead of quantity. YC takes about 43 companies this year into their program; we have 11 here.

Geekosystem: OK, the obligatory question: Are we in a bubble?

Tisch: I don’t know enough to say if there’s an economic bubble. It doesn’t seem to me like the money is totally off here. I think what I look at is the number of companies out there that are not solving critical problems and lasting a long time in doing that, whereas they could really add strength to existing startups. And so I think there’s a dilution of talent more so than there probably is an economic bubble.

“When we were raising money for the New York program, an investor called me and said, ‘Tisch, why the hell am I going to invest in this? What’s really in this for me?’

And what I said to him is, look: If we have Facebook or Google here you’re going to make money. Otherwise, you’re really investing in New York. And he goes, ‘OK, I’m in.'”

And so companies like Foursquare or Boxee or Tumblr struggle to hire really talented people because a lot of those talented people are off doing their own startup. And sometimes those startups aren’t worth doing, and actually being part of a great growing company, changing that company and helping their impact on the world, is a better opportunity. And so, I look at people who say they’re looking for a technical co-founder and my advice is “go work at a startup.” Because you’re probably not ready to start a company that you are confident can go and last for five to ten years … And so going and working at a startup out of school, going and working at a startup when you don’t know what else to do, that’s an awesome opportunity to learn how to go build your own company one day.

Mark Zuckerberg says it in his Startup School talk — ‘come work at Facebook for 2 years so you can learn how to build your own company.’ That advice is really powerful.

Geekosystem: Are TechStars’ investors putting money into the program because they want a return on their investment, or is this more about civic contribution?

Tisch: We’re definitely a for-profit organization. The first two years in Boulder paid back the fund and more, so there have been some significant returns in TechStars at this point historically. I think in reality, the expectation amongst our investors is that there’ll be enough secondary benefits to not justify a venture return, per se. The goal is definitely to have a return and a real one and probably a good one, but the amount of money in the microinvestment that everyone is making — obviously if there’s a Google or a Facebook in here, everybody’s going to be really happy, but there really is a secondary benefit, and it’s working with these companies after the program as investors or as mentors, that might be the real value add.

When we were raising money for the New York program, an investor that we were talking to called me up and he said, “Tisch, why the hell am I going to invest in this? Outside of being an ecosystem play, what’s really in this for me?”

And what I said to him is, look: Again, if we have Facebook or Google here you’re going to make money. Otherwise, you’re really investing in New York, and you’re investing in a long-term vision as to how to make this city a better place to start a company. And he goes, “OK, I’m in.”

Geekosystem: In what ways is New York a good startup city?

Tisch: I think there’s two different ways. In New York City, people go for it. They’re trying to win. And so in New York, you have a shoot-bigger attitude than you do anywhere else in the country. There’s also a focus on business, probably more so here than there is in Silicon Valley. And so trying to take technology and apply it to business problems tends to be more of a focus at the startups that I see around here. Whereas out there, there’s a lot more deep problem-solving through product and innovative technology.

I think one value the city adds is the vast amount of industries that are based here, and being able to utilize them to help your company grow. And so whether it’s fashion, sports, retail, publishing, media — tapping into those worlds has a huge advantage for a startup. You look at companies like Foursquare who have been able to establish tremendous media and brand partnerships that enable them to probably grow in terms of their exposure to non-technical people. I think that’s a very powerful thing that the city has.

Geekosystem: Any last thoughts on this year’s Demo Day?

Tisch: I think selling out Webster Hall with 750 tickets is an incredible feat which either shows how exciting the Internet world is to New York right now or how amazing these companies have the potential to be.

(title photo via TechStars. Interview transcribed by the author with help from James Plafke.)