New York, Portland, and Seattle Are Officially Anarchist Jurisdictions. Which Means What? | The Mary Sue

New York, Portland, and Seattle Are Officially Anarchist Jurisdictions. Which Means What? 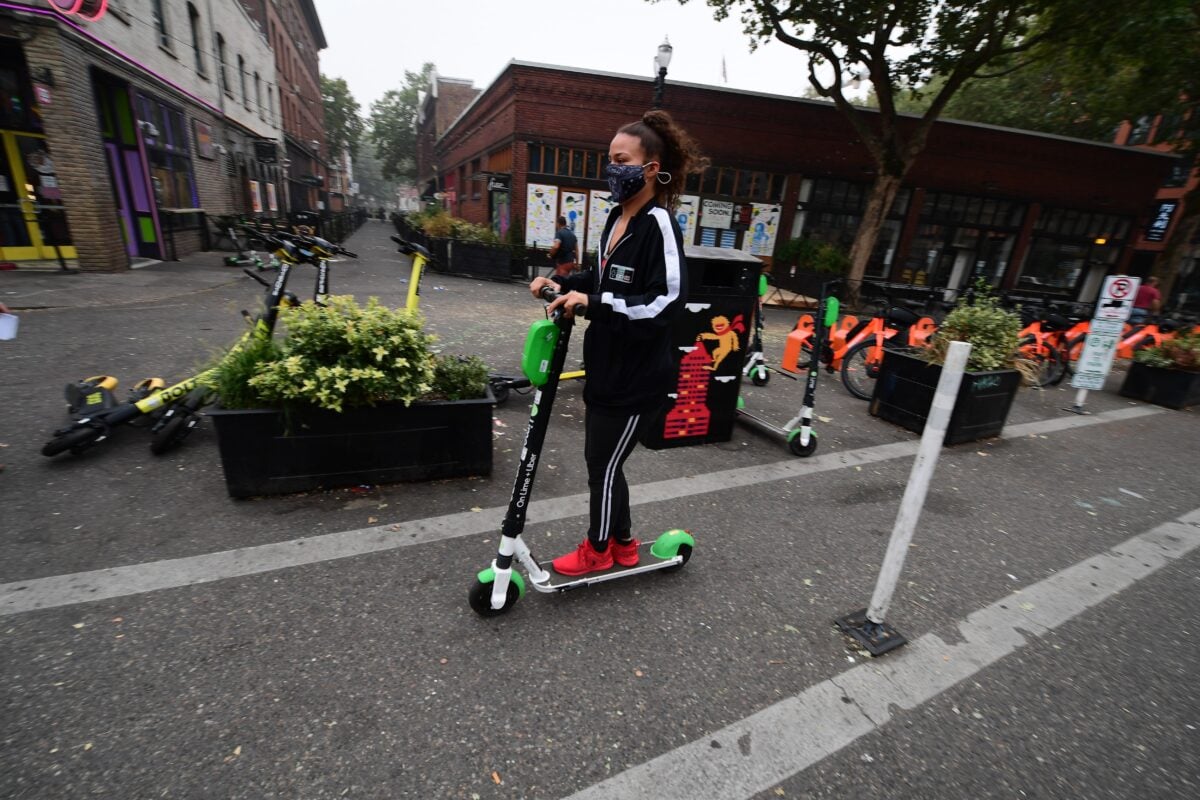 Portland, Oregon, the town where goats are walked in the streets like dogs (a thing I have seen with my own eyes) and where leprechauns have their own, very small city park, has finally earned the designation it has long deserved. Along with New York and Seattle, Portland has been declared an “anarchist” jurisdiction by Attorney General Bill Barr.

I mean, I guess it makes sense? Seattle puts cream cheese on hotdogs (and it’s delicious), and New York has always represented an American dream that’s drawn immigrants and inspired the nation for centuries so yeah, they totally are “anarchist jurisdictions,” just like dirty ol’ Portland with her bike lanes and artisanal donuts.

All joking aside, this is both terrifying and ridiculous. The “anarchist jurisdiction” is tied, of course, to the sustained protests all three of these cities against police brutality and systemic racism. In Portland in particular, protesters faced off with federal authorities who attempted to round up demonstrators without cause or warrants.

In the words of a press release, these cities have “permitted violence and destruction of property to persist and have refused to undertake reasonable measures to counteract criminal activities.” Which is … not true. Most protests have been peaceful and are addressed at continuing to bring attention to systemic racism and inequality.

But this has nothing to do with law and order or even violent protests, it’s about sticking it to these cities and cutting federal funding for them. It’s transparently racist, cruel, and fascist. It’s not, as Barr (a pile of dung and tar that somehow stole a law degree) claims, about protecting peaceful protestors. It’s about Trump’s war on liberal cities.

Republicans simply don’t want people protesting for systemic change. They don’t believe systemic racism exists and they would rather make protesting a crime than engage with those demanding change. This has been proposed in Florida.

A wild document. Felony collective punishment for anyone who attends a protest where property is damaged, while vehicular murder or manslaughter is effectively legalized. Plus if your city council acts to reduce the police budget, the state defunds everything. https://t.co/0scGoFd1XO

But it’s also so transparently ridiculous. Anarchy means literally no ruler. (An means without, archy means rulership). You can’t have an anarchist jurisdiction, especially since all three of these cities still have governments (though all three could be doing much better … to address systemic racism and inequality).

Even so, look at these horrifying scenes of anarchy …

Greetings from the #AnarchistJurisdiction of #Seattle where people are peacefully enjoying smoke free skies, fall colors and outdoor activities. pic.twitter.com/C2zhTpD0sw

LIVE footage of the #AnarchistJurisdiction NYC. The chaos must end. pic.twitter.com/VBL68dEnB1

Brooklyn the #AnarchistJurisdiction with tiny red pianos. Look at this chaos! pic.twitter.com/HHYaiMwxRB

It’s rough here in the anarchist wilds of Portland, I tell you. I went to a coffee shop this weekend that didn’t even HAVE oat milk. Can you believe it?