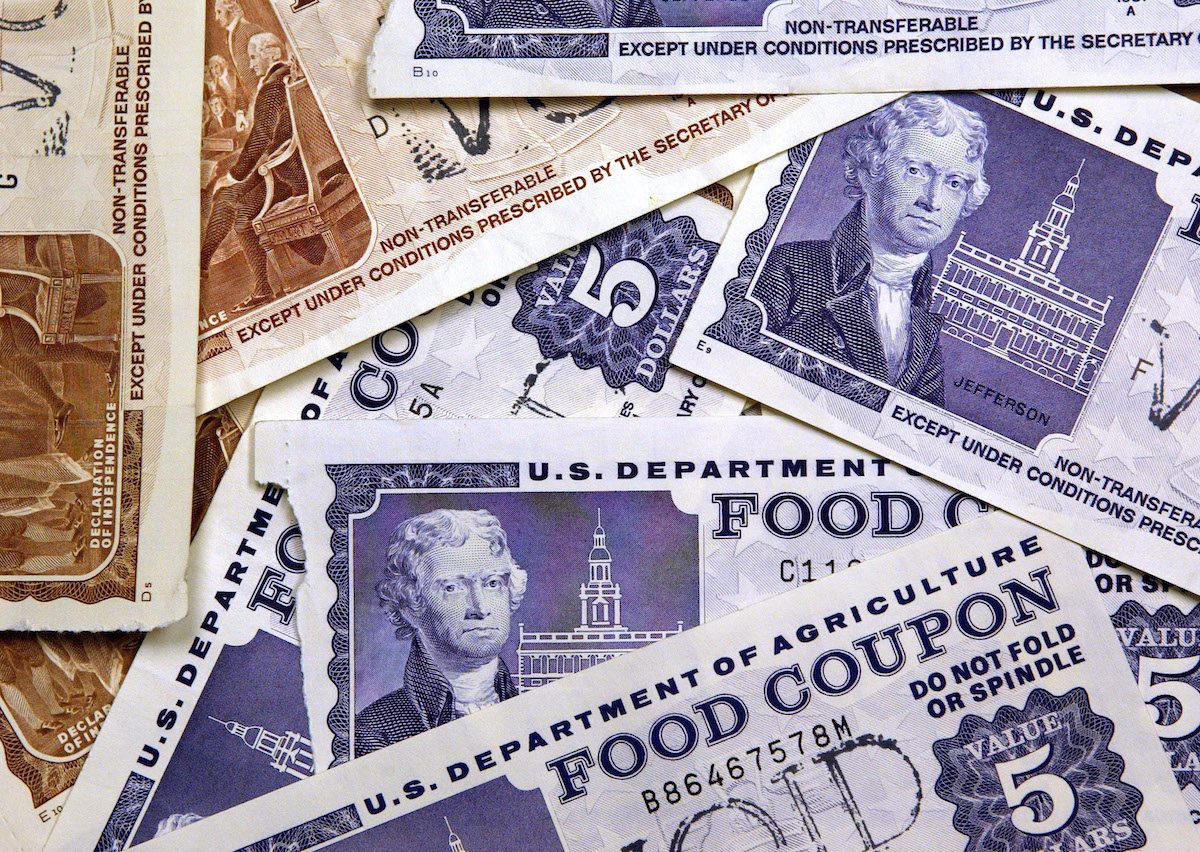 Just in time for the holidays, the Trump administration has finalized a rule that will cut about 700,000 people off of off the Supplemental Nutrition Assistance Progam (aka SNAP) starting April 1 of next year. Because kids in cages and destroying the earth wasn’t enough, these aspiring super villains and now turning towards taking away food stamps! But don’t worry it’s only for people that they think don’t really need them.

According to NBC News, the USDA, which administers SNAP benefits, is presenting an excuse for these cuts that is the same kind of fearmongering with a nice dash of paternalism that conservatives always use against the poor and marginalized—the idea that the “undeserving” shouldn’t benefit from these programs and that cutting benefits is for their own good.

In the words of Agriculture Secretary Sonny Perdue:

We’re taking action to reform our SNAP program in order to restore the dignity of work to a sizable segment of our population and be respectful of the taxpayers who fund the program…Americans are generous people who believe it is their responsibility to help their fellow citizens when they encounter a difficult stretch. That’s the commitment behind SNAP, but, like other welfare programs, it was never intended to be a way of life.

So how does this new rule work and what are the results? Like all administrative rules—which means rules created and enforced by agencies that are part of the executive branch—it’s complicated.

The new rule applies to people between the ages of 18 and 49 who have no children and who are not disabled. Currently, this group is required to work 20 hours a week for more than 3 months over a 36 month period to qualify for SNAP, but states which administer the benefits have been allowed to create waivers for this requirement in areas with high unemployment.

The new rule would limit states from granting those waivers and restrict them to areas with a 6% or higher unemployment rate. This seems like a small thing but the USDA estimates it will affect about 688,000 people receiving (food) benefits.

This cut is part of a grander plan by the Trump administration outlined in an April 2018 executive order called “Reducing Poverty in America by Promoting Opportunity and Economic Mobility.” Which translates to taking people off public assistance and theoretically creating jobs. This is of course in contrast to the massive tax cuts for the wealthy and corporations that have reduced the resources available to actually, you know, help people.

It’s worth noting again that while this news comes just ahead of the holiday season and Trump should definitely be visited by three ghosts on Christmas eve, the change won’t go into effect until spring. Still, it’s a pretty craven move by an administration that clearly prioritizes only the wealthy few.