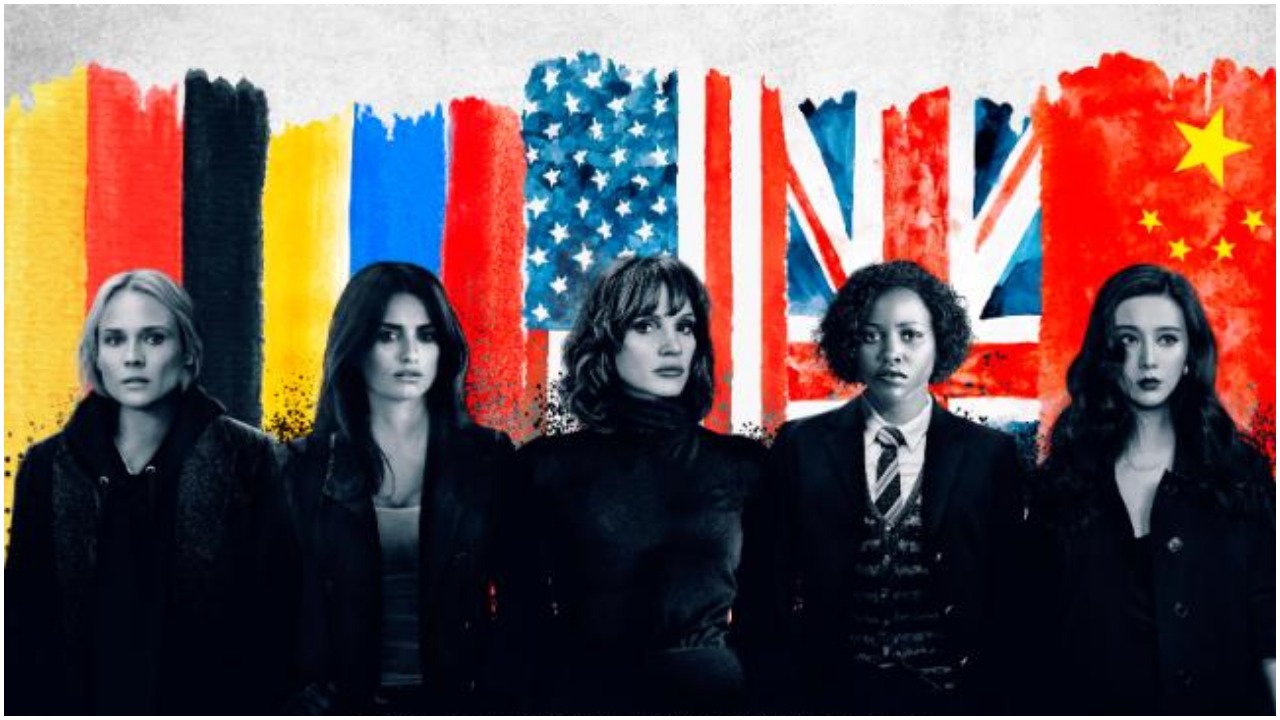 The 355 is a star-studded affair as Simon Kinberg directs powerhouses Jessica Chastain, Lupita Nyong’o, Penelope Cruz, Diane Kruger, and Bingbing Fan in a spy thriller. Focusing on international female spies from around the world, the movie introduces us to the idea of the first female spy, all the way back to George Washington. What happens when a group of women from America, the United Kingdom, Germany, China, and Colombia take on the legacy of Agent 355 and the secrecy of being a spy?

With a cast as stacked as this, The 355 is sure to wow us whether or not this is a genre we typically enjoy. But this new trailer for the film gives us a deeper look into the story and the connection that these five women have not only to each other but to the characters played by Édgar Ramírez and Sebastian Stan.

The description for The 355 is as follows:

“When a top-secret weapon falls into mercenary hands, wild card CIA agent Mason “Mace” Brown (Oscar-nominated actress Jessica Chastain) will need to join forces with rival badass German agent Marie (Diane Kruger, In the Fade), former MI6 ally and cutting-edge computer specialist Khadijah (Oscar winner Lupita Nyong’o), and skilled Colombian psychologist Graciela (Oscar winner Penélope Cruz) on a lethal, breakneck mission to retrieve it, while also staying one-step ahead of a mysterious woman, Lin Mi Sheng (Bingbing Fan, X-Men: Days of Future Past), who is tracking their every move. As the action rockets around the globe from the cafes of Paris to the markets of Morocco to the opulent auction houses of Shanghai, the quartet of women will forge a tenuous loyalty that could protect the world—or get them killed.”

And honestly, we need another good female spy movie in our lives. We have movies like Salt and Atomic Blonde, but there are rarely spy movies that are diverse or feature more than one female spy, so to see a cast this amazing giving us a spy thriller? Great! Sign me up for whatever they need, even if it is someone to go out and get all these spies coffees.

You can see the new trailer here!

The 355 is far from the first spy movie to heavily feature female spies at its center, but it is rare enough that a movie like this is still a relatively big deal. It shouldn’t be that way—it is 2021—but we’re used to seeing men in these types of films, and so to see a trailer like this just feels power to me? Like I can take out the bad guy while wearing a ball gown, and I’m here for everything that writer Theresa Rebeck and director Simon Kinberg are trying to sell me.