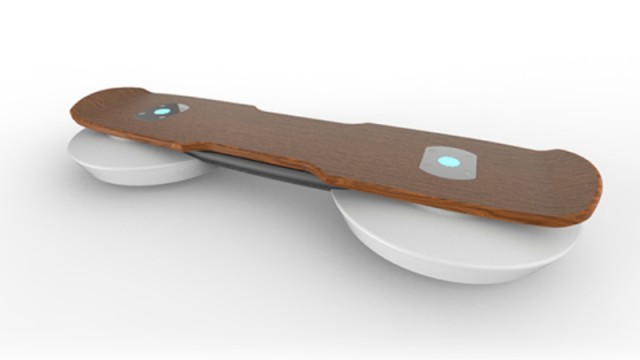 Yes, the Hendo hoverboard only works over surfaces made of specific materials (like copper), but with that small caveat, it’s an actual, working hoverboard — which is still pretty amazing. And now, it will even look like one, as Arx Pax is about to fully unveil the Hendo 2.0, co-designed by Tony Hawk.

Notice the two circular pads on the bottom of the Back to the Future Part II hoverboard—the standard by which all hoverboards will forever be judged: 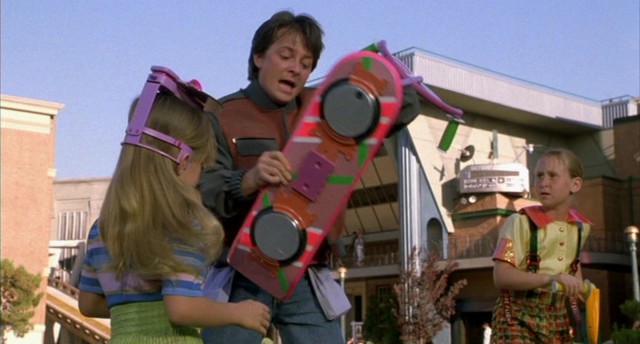 The Hendo 2.0’s giant magnet coils are a bit bigger than the pads on the bottom of the BttF hoverboard, but the look is pretty familiar. In the original design, the board was incredibly hard to control and allowed too much room for user error; with some help from Tony Hawk’s skateboarding know-how, the 2.0 will hopefully alleviate some of the original’s problems.

Not only is the deck itself slimmer and shaped more like a skateboard deck to help riders know where to position their feet for the best balance, it also features control mechanisms similar to skateboard trucks (the part that connects the wheels to the deck), which assist non-futuristic skateboards in turning. These adjustments will hopefully help people do more with the board than spin and float helplessly. The new version also features additional battery capacity and a remote shutoff for safety.

All of that should make for a much better hoverboard, but the hope for Arx Pax is to eventually use the hovering technology in more practical applications—like protecting buildings from earthquake damage and making Elon Musk’s hyperloop transportation system a reality. In the meantime, the Hendo 2.0 is set to be fully unveiled, fittingly, on October 21, 2015.

(via Gizmodo, image via Arx Pax)