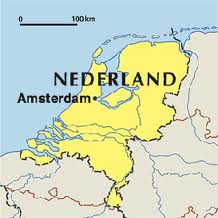 Telecom companies in The Netherlands must be kicking themselves now as the small European country, home to 16.7 million people, prepares to enact net neutrality principles into law. Yesterday, the Dutch Parliament agreed in a nearly unanimous vote that going forward, carriers must equally guarantee access to all web content and applications.

Though they lobbied vociferously against the new law, telcos arguably brought this fate upon themselves discriminating against applications like VoIP and videochat service Skype and web-based text messaging service WhatsApp, among others. As these directly competed with their pricier packages for voice and texting services but could be used by customers who had bought data-only packages, Dutch telecom companies were rumored to throttle or even block them specifically. But when one company openly charged for these services, it triggered a backlash that led to the new net neutrality law.

From a recent Ars Technica article:

But even in the face of this high-level resistance to such plans, major Dutch telecommunications company KPN went ahead with new plans to charge extra for certain Internet services, notably Skype and WhatsApp. The company then admitted on an earnings call what most people suspected: it would be using deep packet inspection hardware to monitor all Internet traffic and classify it by application in order to make the new charging scheme work.

The decision kicked up huge controversy in the Netherlands, and this week Maxime Verhagen, the Minister of Economic affairs, Agriculture, and Innovation, announced in Parliament a plan to ban the practice.

“Some providers of mobile internet had announced a surcharge for specific services,” said Verhagen’s press release after the announcement (e-mailed to us and helpfully translated by a Dutch Ars reader). “This is because of the needed investments in the network and the decline in voice and SMS traffic. Minister Verhagen isn’t against paying for the quantity or the speed of the data traffic. The Cabinet, however, is of the opinion that a surcharge on specific services like Skype or WhatsApp goes too far.”

The Register notes that “The final vote on the new telecommunications act in the Dutch House of Representatives will take place next Tuesday, but is considered a formality.”

Though The Netherlands is the first European company to enact net neutrality into law, it is not the first country worldwide to do so: That distinction goes to Chile, which “…ensure[d] access to all types of content, services or applications available on the network and offer a service that does not distinguish content, applications or services, based on the source of it or their property” in a 2010 law.