The service announced on its company blog today that, in addition to its usual streaming options, you can already (right now!) download “many of your favorite streaming series and movies” with “more on the way.” This should make things a lot easier for people who, say, wanna continue their show binges while traveling. If you’re in a subway, on a plane, or a passenger in a car traveling through areas with a questionable network, as long as you’ve planned and remember to download your faves ahead of time, you’ll be good to go! 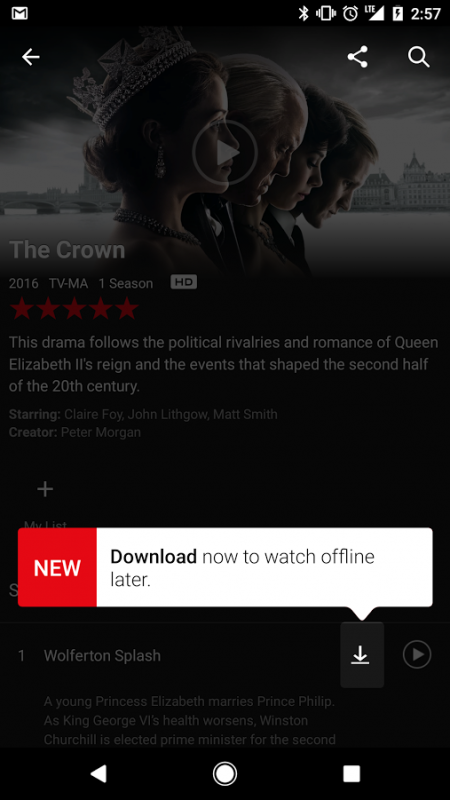 All you have to do is make sure you have the most updated version of the Netflix app on your various portable devices. Then, look for the icon in the photo above and get to downloading!

This is available on the app for both iOS and Android, and it’s available across plans (so this isn’t something you’ll have to end up paying more money for). And if you’re worried about storage space, there are options. As reported by The Verge, “there are two options for quality: Standard and Higher. “Standard quality is a slightly lower video resolution that requires less storage space and takes less time to download. Higher quality is a higher video resolution that requires more storage space and takes more time to download.” Netflix doesn’t actually spell out what that higher resolution is.”

It’s a happy day for Netflix users, who’ve been waiting for this option for a while (and who’ve been watching as other services, like Amazon, have already been doing this). Now, all your favorite Netflix originals like Stranger Things, Orange Is the New Black, and all the Marvel shows will be available whenever you want them!