Did You Catch The Nemesis and Next Generation Callbacks in Star Trek: Picard? 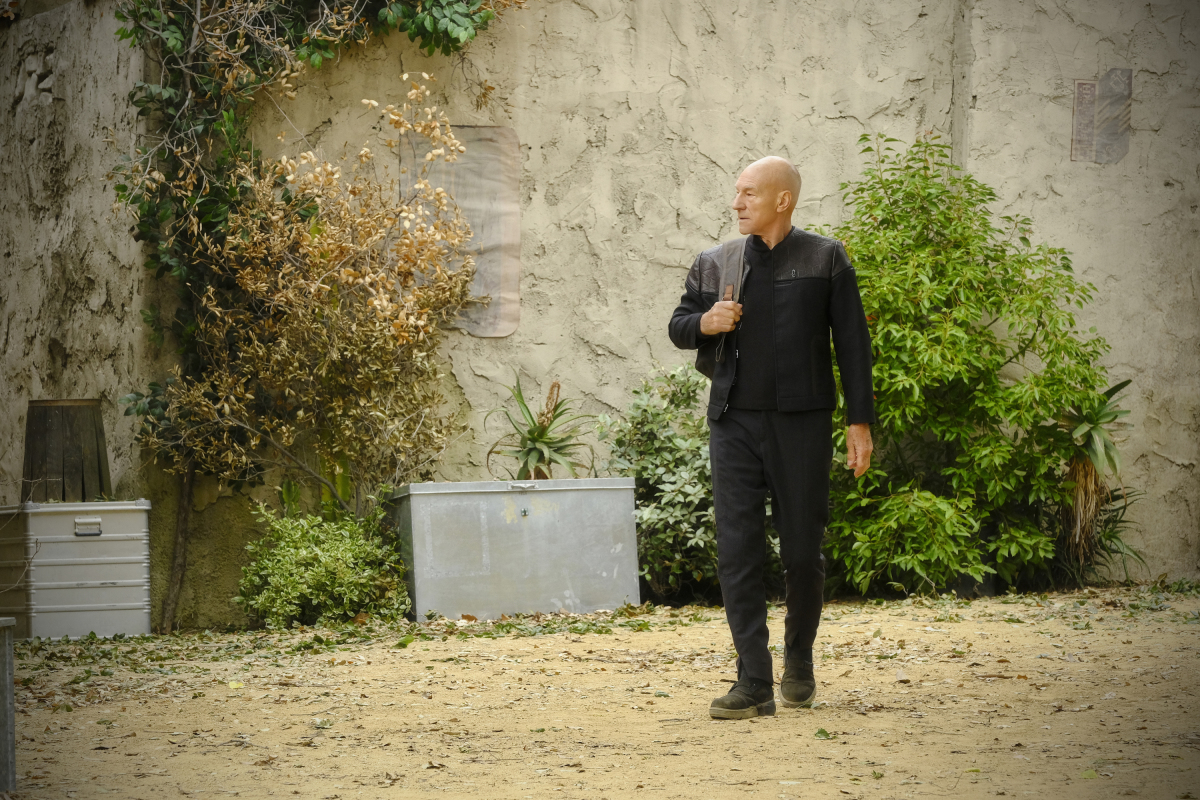 Star Trek: Picard is meant to be for everyone, and the first episode, “Remembrance,” does an excellent job of orienting viewers, new and old, in a changed, less utopian Trek world. It’s a departure from the trappings of The Next Generation as we know them, but that story and those characters are still essential to the show.

Yesterday, we talked about how the events of the Star Trek: Nemesis film might affect the plot of Star Trek: Picard, and we were right to assume that much of the emotional weight of the show would hinge on Picard’s memory of the dearly departed Commander Data. What was unexpected was that the opening of the first episode would be a direct callback to the final moments of Nemesis.

Nemesis—before it gets to the part where Picard meets a clone of himself that is also bald, even though we met a young version of Picard with a full head of hair in the season six episode “Tapestry,” and yes I know I’m getting off track, but this has always annoyed me—opens on the wedding of Troi and Riker, where a suave, jazzy Data serenades them with “Blue Skies.”

It’s a moment that shows how far Data has come—how human he is and how happy. It makes his death at the end of the movie even more poignant, but it also serves as a symbol in the final moments of the film, when the earlier version of Data, B-4, into whom Data downloaded his neural net, begins to hum the tune.

Picard opens in a dream, as Data and Picard play poker and Blue Skies plays around them. I was fully expecting to see B4 in this series to some extent—and we do, later—but this nod to the essence of what made Data Data is welcome and actually powerful.

It should also be noted that, in the dream, Data had a hand of five queens of hearts. Data dealing himself a symbolic hand of poker was an important plot point in the Next Generation episode “Cause and Effect.” In that episode, the Enterprise is stuck in a time loop and has to get a message to themselves to get out, via Data. He deals a hand of threes, signifying he should listen to Riker’s plan, not Picard’s … is this a clue about inherited memory in Picard?

B4 is boxed up so, where did we get part of Data? There’s another, more subtle reference to Data’s history in the episode that may hold the clue. As it’s revealed, Dahj (Isa Briones) is somehow Data’s “daughter.” She was created from a part of him by a rogue scientist by the name of Dr. Bruce Maddox, someone we know already from the Star Trek Universe.

Maddox (played by Brian Brophy) figured heavily in one of the first truly great episodes of Star Trek: The Next Generation, “The Measure of a Man,” wherein Picard, Riker, and Data argued with Starfleet officials as to whether Data was a person or property. Maddox was in the latter camp and wanted to take Data apart to make more androids like him.

An important reminder here that’s relevant to Picard: Data, along with B4 and his unstable brother, Lore, was created by Dr. Noonian Soong and was entirely unique. Soong died in the TNG episode “Brothers,” and the potential to create more Datas seemingly died with him. Data himself, as Picard notes in “Remembrance,” always wanted a daughter and did actually create one, a female android called Lal, in the episode “The Offspring.” She looks a lot like the painting of “Dahj” that we see in “Remembrance.”

Back to Maddox, he eventually changed his position and came to see Data as a person and continued to correspond with him as a friend. It’s highly possible that this is why he had some bit of Data to derive an essence from, and his workplace, the Daystrom institute? That has a long history in Trek, too.

All of this is a fascinating and exciting setup for Picard. These references may count as Easter eggs, since they don’t necessarily need to be understood for the plot of the episode to make sense, but it shows that the series is extremely connected to the events and stories (Data and Lore, one could say) of TNG, which I love. The people behind Picard love Trek as much as we fans do, and that’s exciting.

Overall, the series is visually stunning and dramatically compelling, taking viewers into a world both familiar and unexpected as we’ve never seen it realized. I can’t wait to unravel the mysteries of Picard and see where it (boldly) goes.

Picard is available on CBS All Access, releasing episodes weekly.