The above plot shows around 50,000 galaxies in the nearby areas of the universe, detected by the Two Micron All Sky Survey in infrared light. The dark band in the center doesn’t mean that an oddly linear part of the universe is void of objects and we’re all just really living inside a marble that two giant aliens happen to be playing with, but it was simply blocked by dust in the Milky Way’s plane. Each dot represents a galaxy, color-coded to show distance — the bluer the color, the closer the galaxy is and the redder the color means the further away it is. 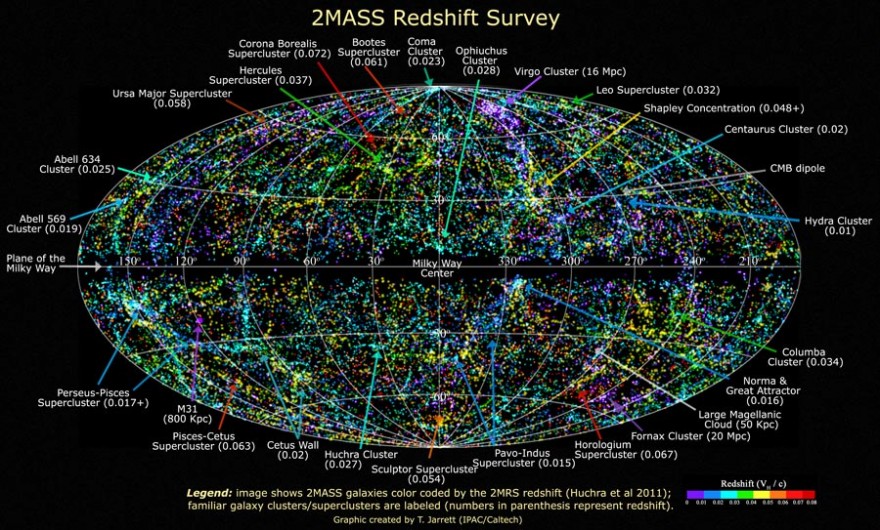