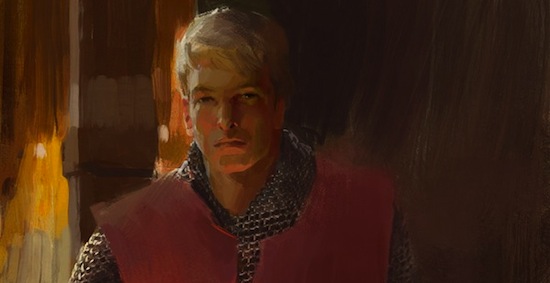 It’s hard to say what, if any, effect Neal Stephenson‘s new start up will have on the future of communication, nanotechnology, or Nazi war gold, seeing as how it doesn’t really have anything to do with those things and its first project is more about the future of publishing and copyright.

The company [called Subutai], based in Seattle and San Francisco, has developed what it calls the PULP platform for creating digital novels. The core of the experience is still a text novel, but authors can add additional material like background articles, images, music, and video. There are also social features that allow readers to create their own profiles, earn badges for activity on the site or in the application, and interact with other readers.

Their aforementioned first project launches today, a serialized novel called The Mongoliad, co-written by Stephenson, Greg Bear, and other people.

Eeeeenteresting.  What’s even more interesting is their profit model.  $6 gets you six months of access to Mongoliod and all its social networking extras, with one new chapter promised every week.  $10 gets you a year’s worth.  We were apprehensive at the idea of subscribing to a novel, something that we are accustomed, for better or worse, to paying for once and then keeping it.  Loaning it.  Rereading it years later.

Our fears were assuaged, however, when the Mongoliad site told us that subscription holders would always have access to all of the chapters that were released when their subscription was active.  Lapsed subscribers would just lose access to the new ones, and would still be allowed to use most of the social media elements of PULP.

As for DRM, which PULP does not make use of, Subutai’s hope is that the interactive community based elements of the service and the modest price point will convince people to sign up rather than pirate.  We shall have to wait and see.  It is unclear from the FAQ whether the “extras” will be available to someone who has never signed up for the service at all.

Check it out for yourself here.