So Who Is Spider-Man: Far From Home‘s Mysterio, and Who Are the Elementals?

A look at who the new bad guys in 'Spider-Man: Far From Home' are.

The new Spider-Man: Far From Home trailer has finally dropped, and we’re obsessing over every little detail. It wouldn’t be a superhero film without a good villain (or a quasi-decent villain that we write thinkpieces about) and this film seems to have that element (sorry) on lockdown.

Mysterio. Hydro-Man. The Elementals. The gang is all here, and ready to ruin Peter’s school trip. After a fairly well-rounded bad guy in Homecoming, the franchise hopefully will keep that trend going here with bad guys you love to hate and, in some cases, can’t help but feel a little sorry for.

But who are these baddies? If you’re new to Spider-Man lore, we’ve got a brief rundown of who to expect to see in the film, as well as a couple of theories about what roles they might play. Buckle up, we’ve got a lot of ground to cover. 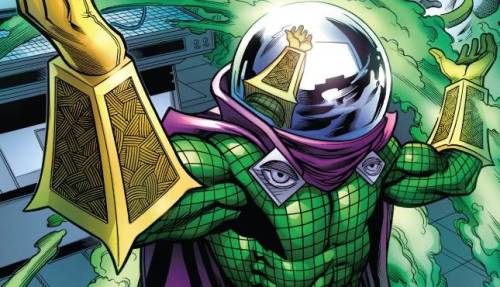 Mysterio, a.k.a. Quentin Beck, is supposed to be the Big Bad of Far From Home, but it’s not entirely clear whose side he’ll start off on, as it looks like he’s fighting off one of the Elementals. In the comics, Beck is a former stuntman and special effects wizard who, after failing as an actor, turned to a life of crime. Mysterio has had a long, storied comic career, with three others taking on the mantle, and with Beck even briefly being Daredevil’s opponent as well. While he doesn’t have any powers of his own, he’s a wizard (pun intended) at illusions and tricks, and uses his knowledge of hand to hand combat gained from being a stuntman to go up against Spider-Man.

Mysterio seems to start the film in an odd place, so this film could function as his villain origin story. Is he a SHIELD agent at the start of it all, which might explain his suit and his prowess at fighting that we glimpse in the trailer? What sparks his fall from grace? Or is he setting up the attack so that he can be seen as the hero when he saves the day? How cool will his final duel with Spider-Man be? Only time will tell. 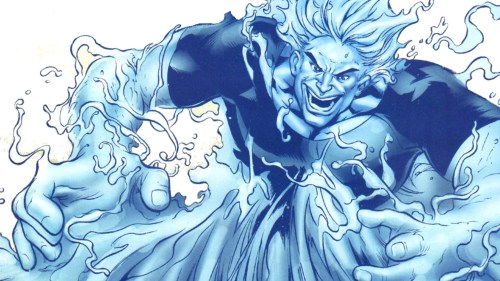 Another villain shown in the trailer is Hydro-Man, a.k.a. Morris Bench. In the comics, Spider-Man is accidentally responsible for creating Hydro-Man, as he knocks Bench off a ship during a fight with Namor; Bench hits the water just as they’re testing out a new experimental generator, and the radiation from that combined with the bacteria in the water turns him into the villainous Hydro-Man.

Given that Mysterio is probably getting a villainous origin story, it might be easier to expect Hydro-Man isn’t going to have his comics backstory here, unless Peter is about to run into scientists with a weird generator while on his school trip and the film will introduce Namor as a surprise cameo (that’s very, very unlikely). Hydro-Man will most likely be a B-villain here, unless they’re going the Spider-Man 3 route and giving us seventeen villains featuring a Tom Hardy as Venom cameo. That most likely is not what they’re doing, so let’s hope that Hydro-Man doesn’t take away too much plot time. 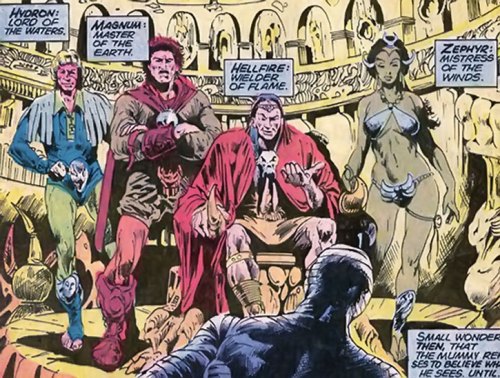 These are probably the trickiest villains to explain. The Elementals are four extra-dimensional beings—Hydron, master of water; Hellfire, who can generate flames; Magnum, who manipulates earth and rocks; and Zephyr, mistress of the winds—who are just downright evil. They’ve been in Marvel’s Supernatural Thrillers and were a Ms. Marvel villain in the seventies, and now they’re making their MCU debut here.

Hydron might not be appearing, or he might be the Hydro-Man we see in the trailer; it might be weird to have two villains with the same powers in the same movie. Other than that, we can get a glimpse of what looks like Zephyr and Hellfire working together to create a huge storm in London, and definitely a shot of Magnum causing mayhem. These might be the B-list villains that cause Fury to enlist Peter in the first place, and that could help spark Mysterio’s fall from grace, assuming he’s a SHIELD agent at the start of it all.

Which villain are you most excited to see in the film? Are you as obsessed with Jake Gyllenhaal’s Mysterio as the rest of the Internet is? Let us know in the comments!