MonsterVerse Mash! The First Trailer for Godzilla vs. Kong Is Here

Will these kaiju still pack a punch on HBO Max? 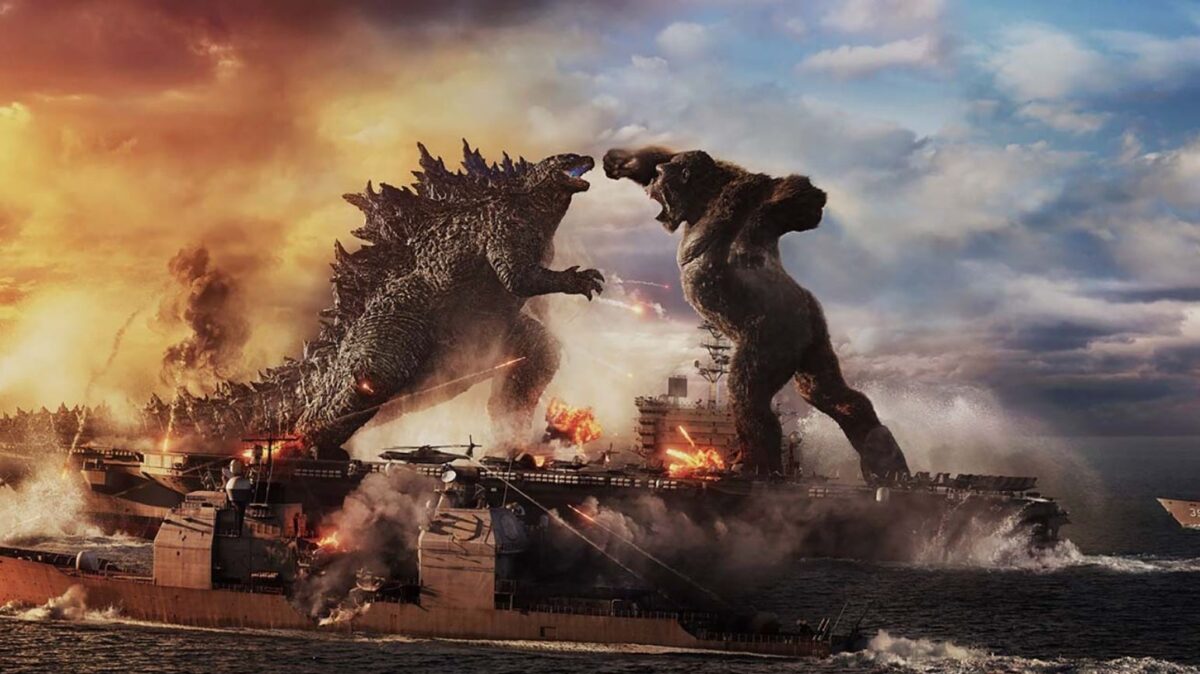 Choose your fighter: the first trailer for Godzilla vs. Kong has arrived! The film will be the fourth entry into Legendary’s MonsterVerse, preceded by 2014’s Godzilla, 2017’s Kong: Skull Island, and 2019’s Godzilla: King of the Monsters. Directed by Adam Wingard (You’re Next, The Guest), Godzilla vs. Kong brings Millie Bobby Brown and Kyle Chandler back to the series, while introducing Alexander Skarsgård, Rebecca Hall, Shun Oguri, Brian Tyree Henry, Eiza González, and Jessica Henwick to the franchise.

The film’s plot centers on Kong’s bond with young orphan girl Jia as they search for his true home. Along the way, they cross paths with Godzilla, and presumably much smashing ensues. There is also something old and ancient that pits these two against one another: is it mythos or something scientific or something absolutely whackadoodle like in Transformers: The Last Knight where Autobots fight alongside King Arthur and the round table? #NeverForget.

Godzilla vs. Kong‘s release date has been delayed several times since the pandemic began, as have most tentpole movies from big studios. But GvsK is the rare case of a release date actually being moved up, from May to March 26. Like Wonder Woman 1984, GvsK will be released in theaters, IMAX, and on HBO Max at the same time. It looks like Warner Bros. will be sticking to this release model for now, based on the massive success of Wonder Woman 1984.

Legends will collide. Watch the long-awaited official trailer for #GodzillaVsKong, coming to theaters and streaming exclusively on @HBOMax*.

*Available on @HBOMax in the US only, for 31 days, at no extra cost to subscribers. pic.twitter.com/ygUDjoXwT8

But while a superhero films are filled with plot and character moments aside from the action, the MonsterVerse is a largely effects-driven franchise. If anything, the ensuing sequels have struggled with the human side of the story. When Princess Weekes reviewed Godzilla: King of the Monsters she wrote, “Like the previous Godzilla movie from 2014, what makes this movie drag at parts is the emphasis on the human characters. Why these movies think we need some family reunion drama to be grounding as Godzilla fights monsters is beyond me.”

It shouldn’t be that difficult to craft a compelling story for these films, and GvsK will see Eric Pearson share a writing credit with MonsterVerse vet Max Borenstein. Pearson wrote several of Marvel’s One-Shot shorts, and is a credited writer on Agent Carter, Thor: Ragnarok, and Black Widow, so hopefully he will bring some lighter moments to the film.

But the star, as it always is in these, are the monsters. It will be exciting to finally see the classic kaiju showdown that these films are building towards. And if Twitter is any indication, fans re desperate to see this showdown on an IMAX screen.

thinking about how i won’t get to see godzilla vs kong in imax because i live in nyc pic.twitter.com/m9MhRSLx2O

This will not be the same at home 😔 The type of movie meant for IMAX. #GodzillaVsKong I’m still watching it obviously. https://t.co/clxtriIMNr

Me hopefully going to IMAX Theaters to see Kong beat the shit out of Godzilla pic.twitter.com/DYt01Ah8gr

Are you excited for Godzilla vs. Kong? How do you plan on watching it?