10 Suggestions for Movies With Villain Protagonists | The Mary Sue

10 Movies With Villains as Protagonists That We’d Totally Watch

We've seen the creatures in our closet pledge fraternities, but they can't be the only "bad guys" who went to college. 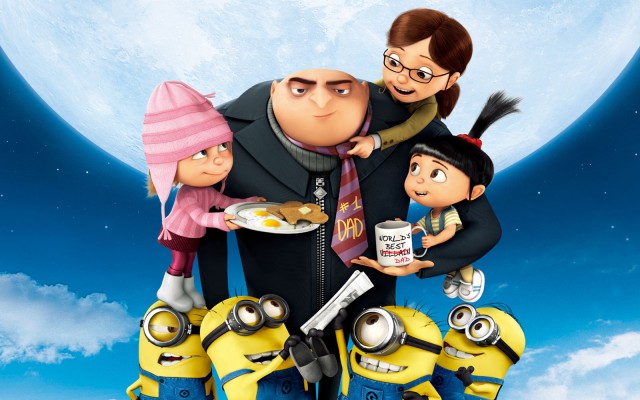 It’s become a trend in movies to have us explore villains as protagonists, and Despicable Me 2 is just the latest. Monsters University has us understanding and even rooting for the literal monsters, and Wreck-It-Ralph is all about a video game villain — it’s clear audiences like seeing the other side of traditional villains. Even the traditional zombies can be a romantic contender nowadays. That’s why we’ve compiled a list of 10 movies featuring villains as protagonists that we’d totally watch.

World War II gave the world Nazis and Hitler as clear, easy targets. Then the war ended, and the United States pretty much spent the next half-century in wars with no clear and definitive enemy. The good old days may have hailed Superman and Captain America as conventional heroes, but pillars of moral certitude gave way to James Dean and Marlon Brando. Our gruff antiheroes spiraled, and eventually we created Despicable Me and Megamind, casting supervillains as adorable if sometimes inept protagonists.

We’ve never been perfect. The good guys have all turned up dusty skeletons in their closets or decaying paintings in their attics. Combine our increasing cynicism with a psychological need to identify with the characters we watch or read about, and it’s no wonder the eponymous Snow White gives way to green and gaseous Shrek.

Maybe it’s about comedy. Maybe it’s about redemption. Or maybe we’ve just gotten bored.  Before this particular fad goes out of vogue, here are the top 10 so-called bad guys that we really ought to know more about. If any movie producers are reading this, I’m sure we could negotiate something reasonable for any of the brilliant ideas that are to follow.