MIT Has Had a Secret Pirate Program This Whole Time 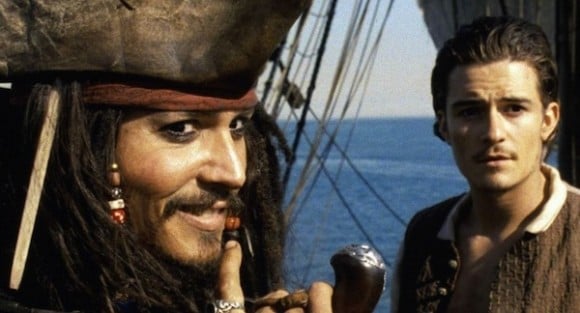 For the past 20 years, the Massachusetts Institute of Technology — better known as MIT — has unofficially been offering a super secret athletic “program” for students who take a certain group of courses. Upon completing all of these course, they achieve a certain “scurvy-scum” status amongst their less inclined peers. Indeed, students who take and pass courses in “pistol, archery, sailing, and fencing” are deemed pirates. And while this was done by students just for kicks, MIT has decided not to ignore the swashbuckling that’s been going on and will now issue these students actual, physical pirate certificates.

Oh, it’s true. There are undergraduate students earning real, live pirate certificates at MIT, surely making their parents truly, deeply proud of them. All as part of their requirement for four physical education courses. And now, they’ll have documentation to show for themselves (on top of the gun, archery, swordplay, and boat know-how):

As of this school year, the physical education department is formally conferring pirate status on students, printing certificates on faux parchment with diploma-esque calligraphy. Each paper, authorized by the “swashbucklin’ ’’ Massachusetts Institute of Technology, certifies that the named “salty dog’’ is entitled to a Pirate Certificate “with all its privileges and obligations thereof.’’

After 20 years of having to break it to everyone that this was merely a fun thing the students came up with, the physical education department eventually came to their lily-livered senses and made it official. And last fall, six students were given the official MIT certification of “pirate.”

But seriously, these classes are not for the faint of heart. They all fill up really fast and are only offered at 8:00 AM. So the people trying to become pirates at MIT are not messing around. They use actual weapons for archery and pistol shooting, and then they go sailing on the Charles River. In the not-at-all-tropical waters of New England. Then again, it’s a small price to pay to become an actual bloody pirate at MIT.

Once a student does become an actual bloody pirate at MIT, there is a small ceremony that takes place in the physical education office. They receive their fancy certificate and take an oath, the words of which have not been disclosed to the public, so as to preserve some of the “secret society” aspect of the program. There was a serious debate among students whether to keep this secret pirate program private among those in the know or have it recognized by the school. In the end, the school had proved itself a worthy ally. But to be sure, there is a clause that says the students’ newly attained pirate skills are “for entertainment purposes only.”

“We don’t want to give [the impression] we’re giving permission to go out on the Charles River and commandeer boats,’’ said Cheryl Silva, an associate physical education professor who teaches archery at MIT.

Admit it: When you saw the words “pirate” and “MIT” in the same headline, you thought it was about hackers, didn’t you? And now, pirates make hackers look so boring, don’t they?