'Miranda in Milan' Will Queer Shakespeare's 'The Tempest' | The Mary Sue

Cover Reveal: Miranda in Milan Will Queer Shakespeare’s The Tempest 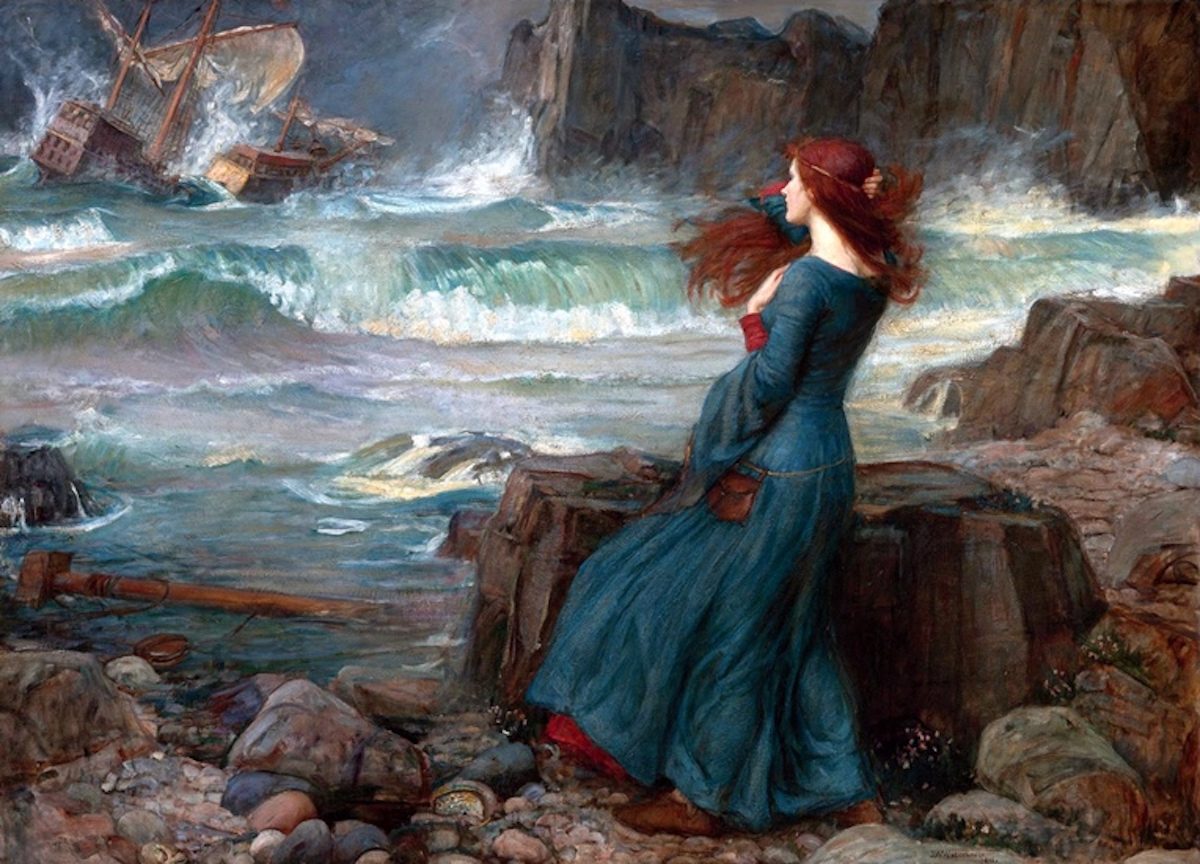 Debut author Katharine Duckett takes us into the aftermath of Shakespeare’s The Tempest with Miranda in Milan, a return to the Bard’s darkly magical Italy that features the queer romance we deserve.

Miranda in Milan sees Miranda cast “into a Milanese pit of vipers and building a queer love story that lifts off the page in whirlwinds of feeling.” If you recall, when we last saw Miranda in Shakespeare’s tragicomedy, she was set to marry Prince Ferdinand in Naples, having left the stormy island where she lived with her father Prospero for most of her life. Duckett, however, has other plans for Miranda:

After the tempest, after the reunion, after her father drowned his books, Miranda was meant to enter a brave new world. Naples awaited her, and Ferdinand, and a throne. Instead she finds herself in Milan, in her father’s castle, surrounded by hostile servants who treat her like a ghost. Whispers cling to her like spiderwebs, whispers that carry her dead mother’s name. And though he promised to give away his power, Milan is once again contorting around Prospero’s dark arts.

With only Dorothea, her sole companion and confidant to aid her, Miranda must cut through the mystery and find the truth about her father, her mother, and herself.

We got a look at the gorgeous cover for Miranda in Milan, designed by David Wardle, that already has us dizzy with Milanese delights. 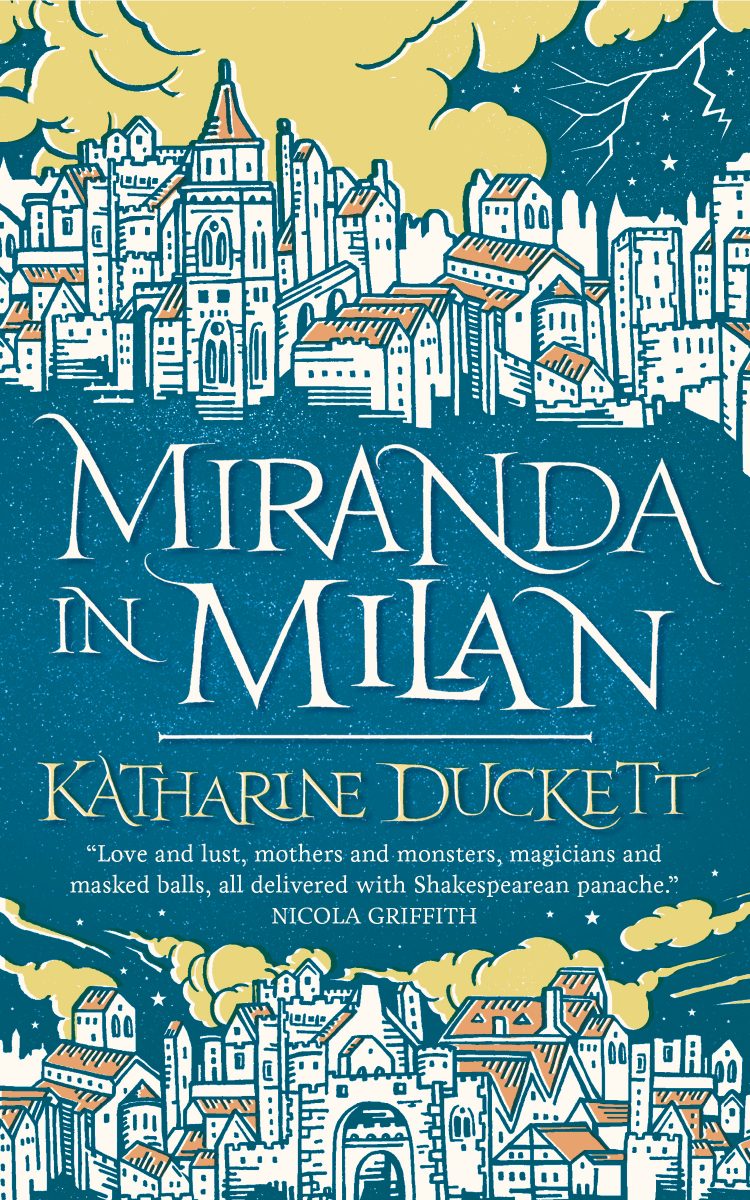 Here’s a sampling of what some of our favorite fantasy and science fiction authors are saying about Duckett’s debut novella.

“Glorious and transformative, this may not be the continuation Shakespeare intended, but it is the one that we deserve.” ―Seanan McGuire, author of Every Heart a Doorway

“Miranda in Milan is a wondrous tale that turns Shakespeare’s world sideways, to reveal everything he left out ― and to show us that the greatest magic comes from claiming your freedom.” ―Charlie Jane Anders, author of All the Birds in the Sky

“With gorgeous prose and an unflinching understanding of the characters she’s been given, Duckett has crafted a deeply satisfying finish to the story Shakespeare started telling.” ―Sarah Gailey, author of River of Teeth

“Duckett’s novella expands the world of Shakespeare’s tale in wonderful ways. Part Gothic, part romance, part mystery, and perhaps most of all a novella about working one’s way out of the assumptions of a sheltered life, Miranda in Milan is a delight.” ―Malka Older, author of Infomocracy

The Tempest is one of Shakespeare’s dramas that features the least amount of female characters, and Miranda is made to play a rather traditional role in it—so we can’t wait to see Miranda given her due as a proper heroine with a strong will and sexual agency all her own. I’ve known Katharine Duckett in the New York City speculative fiction world for years, and I could not be more excited for Miranda in Milan. I have no doubt that we are in enchanted hands.