Caribbean Pygmy Octopi Smaller Than a Penny Born in Captivity

I'm a silly human for wanting to build them a dollhouse aquarium, but I do, guys. I do. 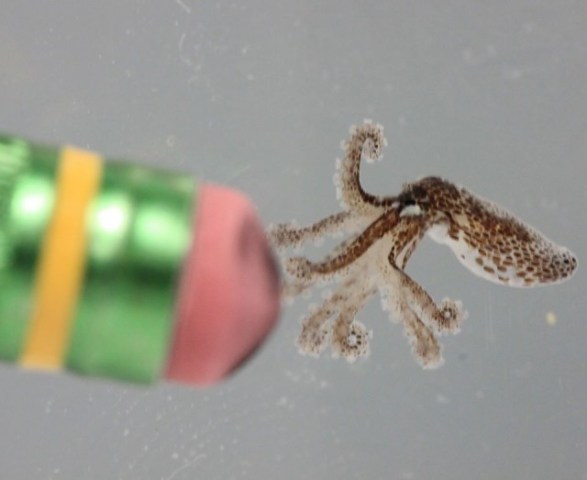 Smaller than a LEGO minifig! Overpowered by a grain of rice! A bunch of Caribbean pygmy octopi hatched last week at The Mote Marine Laboratory in Sarasota, Florida, and now we need new frames of reference for tininess. 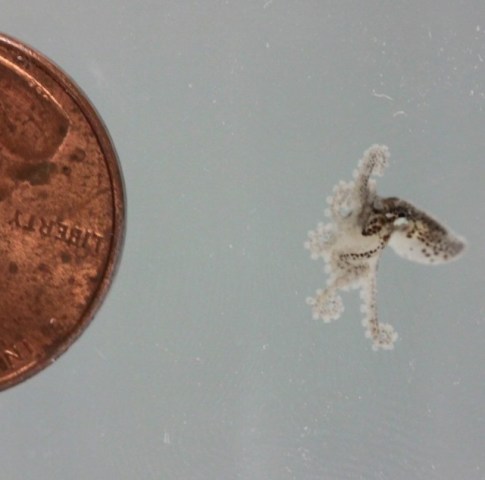 Caribbean Pygmy Octopi hatch fully intact but smaller than your pinky nail, about the length of your eyelash, just a sparkle on a fairy’s wing, etc. This is a recipe for extreme cuteness in the animal kingdom, but I highly doubt it would have worked out evolutionarily for mankind if all babies were born with the proportions of a full-grown human. Maybe tiny human man-babies wouldn’t have to rely on others to feed them? Caribbean pygmy octopi know how to hunt almost immediately after being born.

The Mote Marine Laboratory says the baby’s mommypuss was born in the wild and had already mated before arriving at the aquarium. The half-pint octopi hatched overnight March 17th-18th and when full grown will be only about the size of a silver dollar.

The Mote explains that “Because they’re so cryptic, [the adorable l’il guys] won’t be on display in The Aquarium”.  I guess I’ll have to rely on the Laboratory’s facebook page for all of my cephalopod coo fuel.