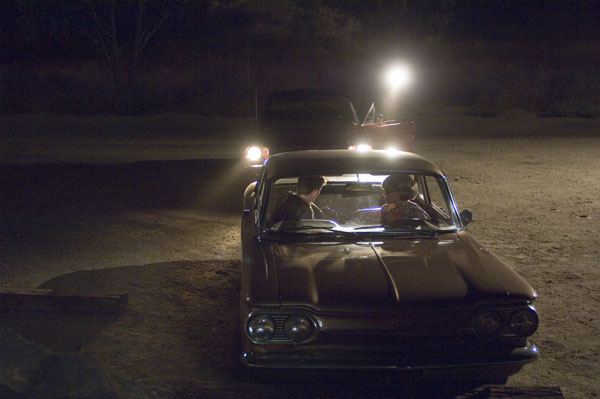 David Fincher’s new Netflix series is an adaptation of John Douglas and Mark Olshaker’s non-fiction book Mind Hunter: Inside the FBI’s Serial Crime Unit, which covers “legendary” Special Agent John Douglas’ 25-year career of pursuing “the most notorious and sadistic serial killers of our time.” Douglas was also the model for Jack Crawford in The Silence of the Lambs. It seems like a blend between the surge of true crime narratives with the Fincher crime drama, which I am totally up for.  The project sounds very in line with his previous works like Seven and Zodiac (the “Hurdy Gurdy Man” song still gives me the creeps) and y’all know we love Charlize Theron.

The series was originally set up at HBO six years ago, but never went very far. I’m not sure what’s going on with HBO, letting Fincher’s Utopia and that comedy project go, but I’m just happy to see more work from him.

Fincher and Theron will serve as executive producers. Award-winning playwright Brit Joe Penhall will write the script, something he also did with Netflix’s House of Cards, which enlisted playwright Beau Willimon. Are you looking forward to Mind Hunger?

(via Collider, image via Paramount)