Will Miles Morales Be Sony’s Animated Spider-Man? This Casting Call Seems to Confirm It. 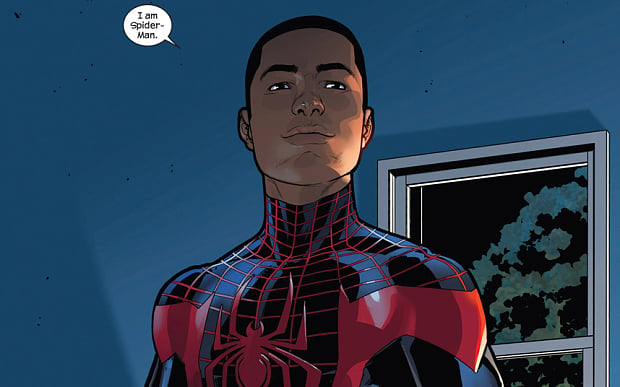 A recently removed casting call might just confirm that Miles Morales will be the star of Sony Pictures’ animated Spider-Man film. (Don’t worry, you’re not the only one who forgot this movie was coming.) In addition to the live-action Spider-Man: Homecoming, Sony announced an as-yet-untitled animated feature film from the team behind The Lego Movie, Phil Lord and Chris Miller. Details about the film have been scarce, since it won’t be released until December 2018, but a recent casting call strongly suggested Miles as the protagonist.

The casting call, like many, was placed under a dummy title. The movie Cabin Fever, summarized as “the adventures of two unlikely friends, Terrence and Pete,” placed a call for a character named Terrence, who sounds an awful lot like Miles. He was described as “a young African-American/Puerto Rican teen from Brooklyn; he is new to this suburban school and now feeling out of place, overwhelmed, pressured with new responsibilities, and dealing with puberty; while trying to fit in he must do his best to stay out of trouble; along the way in developing his identity he’s losing old friends but now making a new one, Pete.” Now, doesn’t that sound familiar?

There’s been speculation about Miles and this film since May, when early sources reported that he would be the protagonist. This casting call seems to back those sources up.

Pete, Cabin Fever‘s other casting call, didn’t sound like a Peter Parker stand-in–despite the name. Instead, his character was “a young, slightly geeky, Asian-American teen; he’s smart, sweet, and encouraging; although very unlike any of the friends Terrence had in his old Brooklyn neighborhood, Pete proves to be a good fit for Terrence making good decisions.” /Film pointed out that this sounds like Ganke Lee, Miles’ best friend.

Given the extreme whiteness of Marvel’s cinematic universe, I’d have loved to see Miles in the live-action MCU. However, it’s also crucial for young kids to see themselves represented, and they’re the primary audience for an animated film. Given the critical and commercial success of the Lego Movie team, this also means Miles could get to star in a hit movie–and animated or not, that’s a big win for representation.

(Via /Film and ComicBookMovie.com, image via Marvel Comics.)