We haven't forgotten about Mulan, Mike. 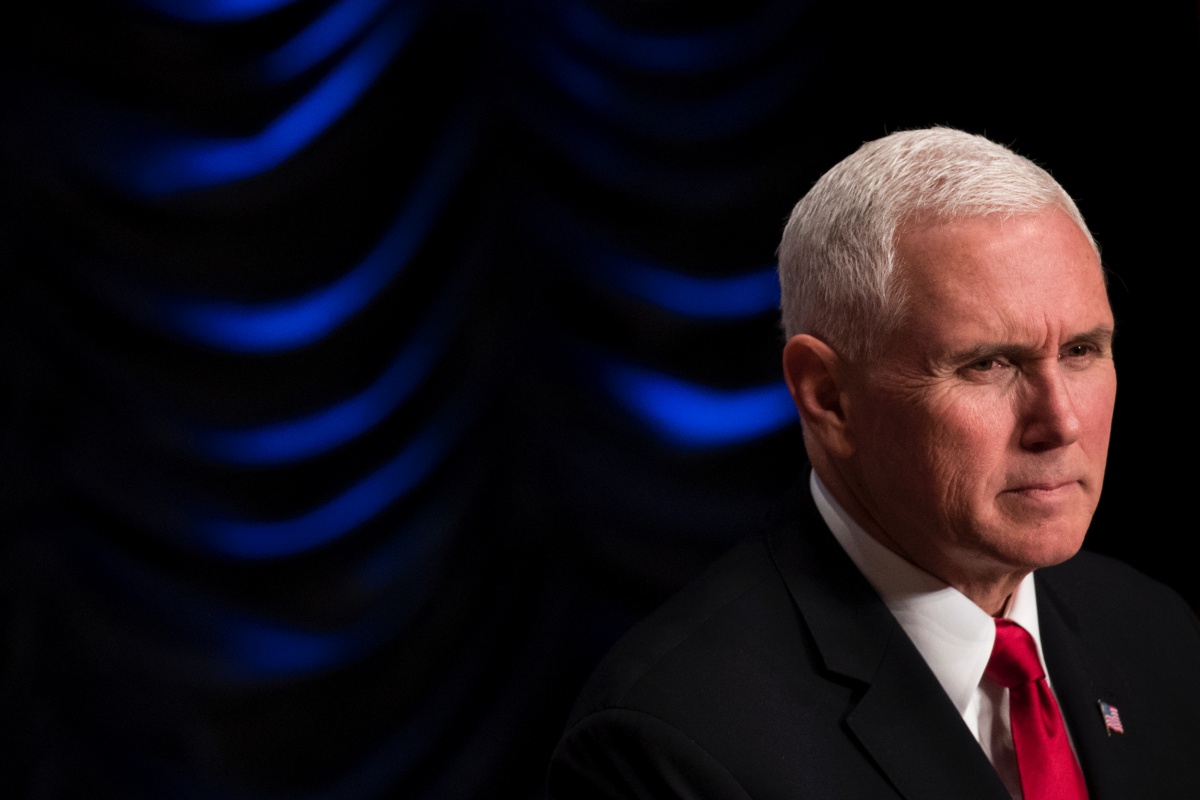 Last week, the anti-abortion movie Unplanned hit theaters. The movie tells the story of Abby Johnson, a Planned Parenthood clinic director-turned-anti-choice activist. Fans of the movie and supporters of its message say it’s an “important” story that’s based on real events. Others say it’s anti-choice propaganda that’s based not on facts, but on Johnson’s totally one-sided memoir.

I haven’t seen the movie (and I don’t plan to) so I can’t say for sure which side I’m on (although I have a pretty solid guess!). But there’s one man whose opinion of the movie I sure don’t need: Mike Pence.

Pence tweeted out his support of the film, saying “More & more Americans are embracing the sanctity of life because of powerful stories like this one.”

So good to see movie theaters across the country showing @UnplannedMovie — a deeply inspiring new pro-life film based on the best-selling book by @AbbyJohnson. More & more Americans are embracing the sanctity of life because of powerful stories like this one. #Unplanned

I’m all for watching movies that engage your political beliefs. Mike Pence is allowed to feel the same way, as abhorrent as I find his politics to be. So on the most fundamental level, I just don’t think there’s much, if any overlap in the political movies Pence and I would enjoy. Those are two circles that do not touch.

But as Twitter was ready to remind me today, it’s not just movies about abortion that I don’t want Pence’s opinion about. It’s all movies. Because if there’s one thing Pence is known for–or should be–besides dedicating his entire career to stripping women and LGBTQ+ people of their rights, it’s that time he wrote a review of the movie Mulan.

BuzzFeed unearthed this old op-ed back when Pence was just Indiana’s rabidly anti-choice governor and the running mate of a man no one expected to win the presidency. Every few months I re-remember it exists, and it blows my mind every single time.

Essentially, Pence describes Mulan as liberal propaganda for gender parity while also arguing that it just wasn’t believable. “Despite her delicate features and voice, Disney expects us to believe that Mulan’s ingenuity and courage were enough to carry her to military success on an equal basis with her cloddish cohorts,” he wrote. “Obviously, this is Walt Disney’s attempt to add childhood expectation to the cultural debate over the role of women in the military. I suspect that some mischievous liberal at Disney assumes that Mulan’s story will cause a quiet change in the next generation’s attitude about women in combat and they just might be right.”

From there, things get really weird. In the rest of this essay, which he published on the website for his own radio show, he argues against women serving in the military. His argument, and also the reason he hates Mulan is that if women are allowed to serve in the military, there’s just no possible way to avoid sexual assault. He references a number of examples of mass assault in the military and comes to the conclusion that the presence of women was the root cause, not the actions of men. On the spectrum of behaviors and opinions that contribute to rape culture, this one is pushing the upper limit.

So no, I am most definitely not interested in movie recommendations from Mike Pence. I am interested, though, in the ethics of using an official government account to promote a commercial enterprise, but maybe that’s a subject for another conversation.

Sorry pal I’m not taking movie recs from a guy whose takeaway from Disney’s Mulan was “women in the military, bad idea.” https://t.co/kGvGMXvaqe https://t.co/nWCmpy1mbg