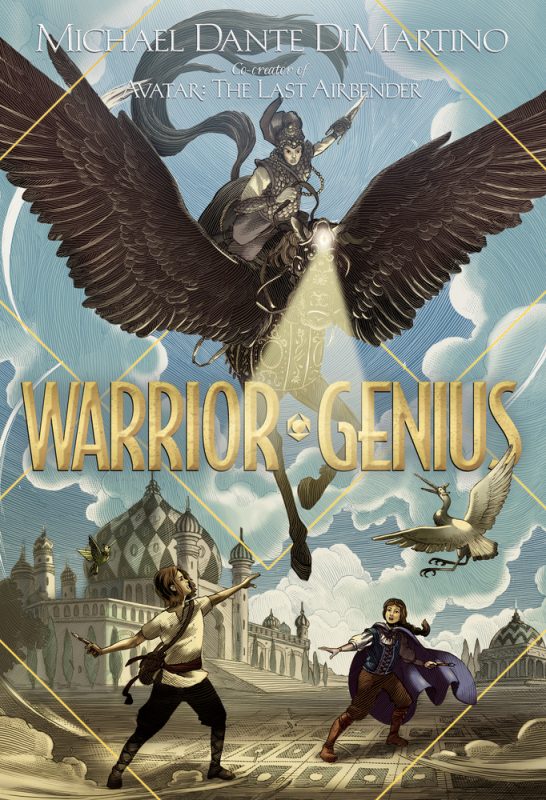 We recently had the pleasure of speaking to Michael Dante DiMartino, the co-creator of Avatar: The Last Airbender and Legend of Korra, about his book series, Rebel Geniuses. It’s an epic middle-grade series that combines art and magic together in a beautiful Italian Renaissance setting. DiMartino talks about his experience writing prose for the first time, which Avatar character he’d love to see in the world of Rebel Geniuses, and his book inspirations for the series.

Warrior Genius is out today (January 2, 2018) at your local bookstores, and also on Amazon. The first book in the series, Rebel Genius, is also available, and there’s no better time to start your Goodreads challenge. 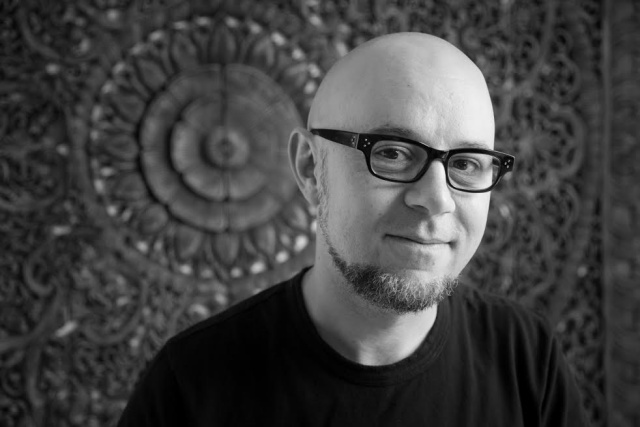 TMS: Avatar: The Last Airbender and The Legend of Korra are such powerhouses in the minds of so many children and adults today. Korra broke boundaries and gave us one of the first canonical bisexual characters on children’s television. Does the impact of that universe and that legacy weigh heavily on you as a creator?

DiMartino: It does when you put it that way! Avatar and Korra are the projects I’m most known for, so it’s impossible to escape their legacies, not that I’d want to. I’m writing the Korra graphic novels, so I’m still very much in that world. And if anything, the impact of the Avatar universe has inspired me during writing slumps on Rebel Geniuses. When I think about all the people those shows have connected with and inspired over the years, it gives me a little creative boost so I can keep writing. If I can keep creating worlds and stories that are even half as influential as Avatar, I’ll have accomplished something.

TMS: Often, a lot of historical fantasy series use the more traditional British/Medieval setting. What inspired you to use the Italian Renaissance as a backdrop for the story?

DiMartino: I guess this is where Avatar’s legacy creeps in again! After drawing on Asian culture and understanding how that resonated with so many people, I knew there was a hunger for seeing fantasy worlds that reflected the diversity of our planet, not just a small corner of it.

Since Rebel Genius is a story about artists, and the Italian Renaissance is arguably the most famous artistic era in history, using Italy as a jumping-off point made sense for this new series. And being half-Italian, I’ve always wanted to do a story that draws on my heritage in some way. But I didn’t want the Geniuses universe to be too Euro-centric. That’s why I went looking for new inspiration for each of the other two empires Giacomo and his friends visit in their adventures. I was drawn to explore cultures that haven’t appeared enough in fantasy novels—India and West Africa. I researched what was going on in those areas of the world during the 1500s, while the Renaissance was in full swing. While Da Vinci was sketching flying machines, there were tremendous artistic and scientific advances going on in the Mughal Empire in India and the Mali Empire in West Africa. I wish I had time to study them both in more detail.

TMS: The first book in the series Rebel Geniuses was your debut in prose writing. How was it to switch from one creative medium to another, and what was hardest/easiest part of the transition?

DiMartino: After working with a large team of people for so many years, it was nice to be on my own, writing a story I had struggled to bring to life for a decade. And a lot of the storytelling techniques I learned writing for the show translated when I was developing the series and outlining the books. The most significant thing I learned (and am still learning) is regulating the amount of detail in my descriptions. When I worked as a storyboard artist and director for TV animation, I needed to know where every character was at all times and had to make sure all their positions hooked up from scene to scene. This kind of attention to detail was helpful for keeping continuity in the book, but my editor gave me a lot of guidance about not having to explain that Giacomo walked from point A to point B, or not to detail a character’s every action during a fight scene.

TMS: When you are working on a series, sometimes the first book is really the place where you are sort of mapping things out, and the sequels are where you sort of get to play with everything you’ve created. As you were working on the sequel and getting all the feedback for your first book, what were some of the things you were excited to work on? Things that you wanted to flesh out but had to hold back on?

DiMartino: Fantasy author Brandon Sanderson’s third rule of magic is: “Expand what you already have before you add something new.” And this was a big lesson I’ve learned first-hand while writing Rebel Geniuses. I had to avoid the temptation to keep inventing new things. Often, when I hit a story problem, it was because I was trying to introduce a whole new concept, when I should have been going more in-depth with the magic or characters I’d already established.

I was excited to show the different manifestations of Geniuses in each realm. In Warrior Genius, the warriors fly on winged horse-Geniuses and trigger their gems with large daggers (based on katars). In the African-inspired empire, featured in the final book, scholars ride a variety of flying cat-Geniuses and can trigger their power mentally.

TMS: How did you come up with the idea of the Tulpas and the other prejudices that exist within your world? Why did you think it was important to integrate a story about acceptance into the story, rather than just have a straight hero’s journey?

One of the central conflicts running through the series is the problems control creates—control of power and control of others. The idea behind having artist-made Tulpas was to show that the problem isn’t that a Tulpa could become violent, the problem rests with the artist who created the Tulpa and their motivations for doing so.

The theme of acceptance also runs through the books and becomes even more of an issue as the kids travel to other cultures and meet new people who upend their expectations and prejudices.

DiMartino: One complaint I’ve heard over the years from editors and booksellers is that there aren’t enough books for young boys to get them excited about reading. So even though I do love a strong female lead, I wanted to have this series focus on Giacomo. I wanted to write a book that my 12-year-old self would have enjoyed. And that also meant having artists be the heroes.

I think Giacomo is a great role model for young boys (and girls too!), especially nowadays. First of all, he’s creative and sensitive—not traits that are typically encouraged in young boys by our macho culture. And while Giacomo begins the series withdrawn from others and himself, he learns how he’s connected to other kids and the world at large. Giacomo is also a kid who is willing to stick his neck out to help others. These are all great qualities to which we can all aspire.

TMS: Finally, if you could take any character in the Avatar universe and bring them into the Rebel Geniuses series, who would you pick?

DiMartino: Interesting question! I think Zuko would find he has a lot in common with Zanobius, and not just because their names both begin with Z. They both struggle with their father figures while trying to carve out their paths. And they’re always trying to do the right thing, despite their dysfunctional upbringings and conditioning. I’m sure those two would have a lot to talk about!

Books that inspired the Rebel Geniuses series, in DiMartino’s words:

The Science of Leonardo by Fritjof Capra

“Rebel Genius wouldn’t have Geniuses if it weren’t for this book because it’s where I learned about the origin of the Latin word genius. During the Middle Ages and the Renaissance, genius meant a guardian spirit, and it was credited with an artist’s remarkable creative powers. After reading that, the image of an artist with a flying Genius helping them create magic popped into my mind and the bird-Geniuses were born.”

A Beginner’s Guide to Constructing the Universe by Michael S. Schneider

“I used the ideas in this book to help me create Rebel Geniuses’ magic system. Its illustrations helped me to visualize how the artists and their Geniuses could manifest their magic into geometric light patterns and forms. The book also delves into the spiritual significance behind the numbers 1 to 10 and their corresponding shapes.”

“The integration of the book’s photographic illustrations with the story inspired me. While writing Rebel Genius, I was trying to figure out how to incorporate Giacomo’s sketches into the text. Seeing how Miss Peregrine’s handled it showed me that the illustration could be a literal image of what the character sees during a particular moment in the story, or it could be more representative of a mood or a scene.”

“Warrior Genius has some horror elements to it, but I’m not a big reader of horror. I am, however, a big fan of David Mitchell, and when I read his descriptions of a creepy soul-sucking séance, it gave me a ton of inspiration for a terrifying soul-sucking moment in my book.”

The Golem & the Jinni by Helene Wecker

“I love fantasy and historical fiction, and this is an excellent combination of both. When I was trying to imbue Zanobius with humanity, I often thought about how Wecker was able to evoke so much pathos from her mythical beings.”