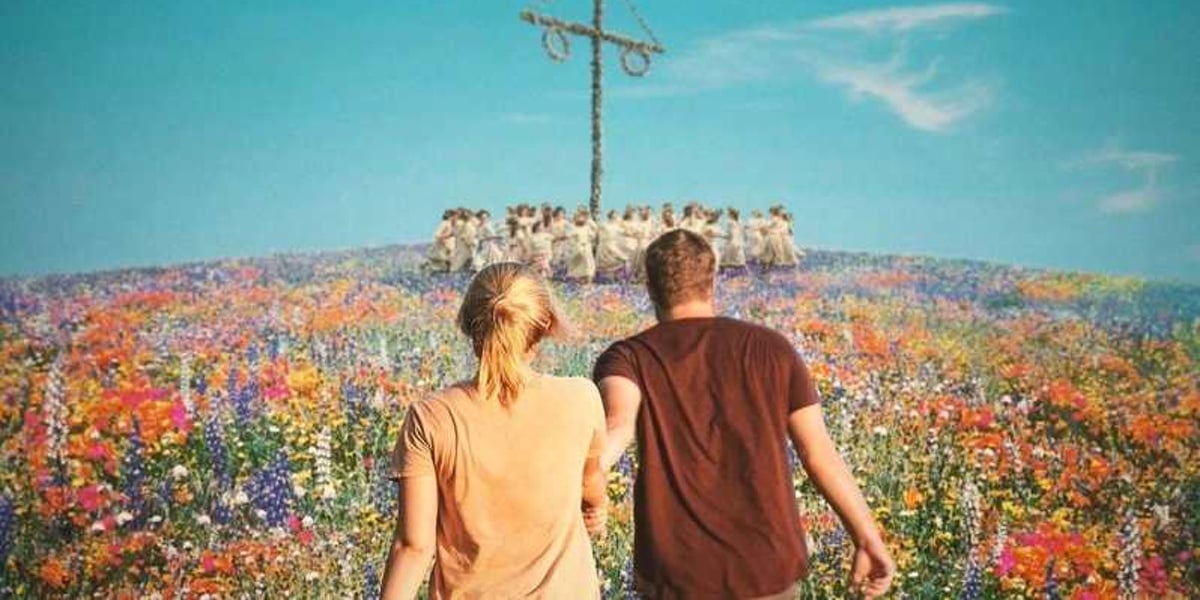 Last year, Ari Aster’s debut, Hereditary, scared the hell out of audiences. This year, he’s abandoning the darkened houses and mostly empty roads for bright, inescapable sunlight and a picturesque backdrop for his latest series of horrors, Midsommar. Reviews are starting to pour in, and it looks as though Aster and production company A24 will have another terrifying hit on their hands.

As the reviews began rolling on in, I found myself only clicking on reviews from female critics, because quite frankly, I didn’t necessarily want a male take on the film. Maybe it’s the fact that the lead is a woman, or maybe I’m just tired of the horror criticism canon being defined by men.

Male critics, namely white male critics, tend to get the lion’s share of press access and screening invites. While we have fantastic resources for female critics (check out The Cherry Picks), men are still dominating the critical conversation. Everyone can be a critic, but there are certain films that I just want to know female reactions to, rather than male reactions. Many horror films fall in that category.

When it comes to female-led horror such as last year’s Hereditary or Suspiria, or this year’s Midsommar, there’s something important about centering female voices. Hereditary and Suspiria both centered on female trauma and pain, be it the generational grief in the former or the covens of the latter. I have not seen Midsommar yet, but the fact it centers on a woman and deals with her grief and isolation makes it a film that I long to see analyzed from a female perspective. Just as it was important to see women writing about 2018’s horror films, it’s important to uplift female voices in 2019.

One example of this is the reaction to Haunting of Hill House last year. Critics loved it, but it was mostly women who I saw bringing up the fact that Mike Flanagan had remixed Shirley Jackson’s work and stripped it of most of its feminine anxieties. If we want to change genres for a minute, I was far more interested in reading reviews by women about why Captain Marvel didn’t resonate with them than I was interested in reading why men didn’t like it.

This is not to say that only women can review female-centric films, but the canon is made up of films praised by white male critics, and until we get full parity across the board in terms of critics, I’m going to choose to stick to what women are saying about films—especially when it comes to horror films centered on women, because I don’t need guys to tell me what either is sexist or isn’t sexist, or what is or isn’t a good story about female trauma.

We’ve rounded up some reviews of the film from female critics to give you a feel for it. Read a few quotes, then check out the latest trailer below.

Entertainment Weekly’s Leah Greenblatt gave the film an A-, saying that while the film’s characters trend more towards archetypes, that Aster’s “actors — especially the luminously expressive Pugh — are too good not to make the most of their roughly sketched roles. And like the fretful violins that stagger raggedly over the soundtrack, the skin-pricking pleasures of Midsommar aren’t rational, they’re instinctive: a thrilling, seasick freefall into the light.”

But Why Tho’s Kate Sánchez praised the film’s visuals, writing in her review: “Some films are beautiful. Some films are grotesque. And some film’s are made by Ari Aster and bridge the two like sunflowers growing from a corpse. In his sophomore feature film Midosmmar, Aster blurs the line between whimsy and horrific in brightly colored violence and beauty as we watch a group of Americans go deeper into a Swedish commune during its midsummer festival.”

Alissa Wilkinson wrote for Vox, “If anything, the perspective of Midsommar is almost anti-humanist: People find ways to make the crude facts of life, the violence of acts of birth, reproduction, and death, seem less awful. But whether we celebrate the seasons of life or fight them, welcome the changes or mourn them, it’s still bad. There’s no escaping the brutality of existence, no dark corner to hide in. The best you can do is look it straight in the eye and smile through the savagery.”

Nerdist’s Lindsay Romain tackles the themes of the film in her review as well, writing, “Midsommar doesn’t merely present these questions on a platter; instead, it sucks you into a rainbow-hued void and screams them in your face, while pummeling you with gore, sex, and hallucinogenic visions. The movie itself feels like a trip, one where you stumble back into consciousness feeling purposeful, renewed, and maybe a little terrified. Aster doesn’t hold your hand, he doesn’t care about your expectations, and her certainly isn’t preoccupied with making things easy to look at or process. But he gives you an experience unlike any other.”

Not all critics loved it, though. Candice Frederick wrote for The Wrap, “Try as it might to seduce you with its innocuous farm setting and Kumbaya vibes, writer-director Ari Aster’s ‘Midsommar’ is just about the coldest — and most puzzling — film to be released so far this year. And that’s not because it centers on what turns out to be a cult community with frightening ulterior motives. It’s because none of its core characters, including the female protagonist (played by Florence Pugh, ‘Fighting With My Family’), make any rational decisions (while being too distant to care about anyway).”

Are you excited for the film, or are you ready to skip this one out of fear? Check out the trailer below, and get ready to get scared in broad daylight.