Microsoft had to act fast after the Windows 8 debacle. People were unhappy with the new OS and the adoption rate was even slower than Vista’s. Huge numbers of people remained on Windows 7 because it worked better on non-touchscreen devices. Even now, 60% of users are on Windows 7 with only 13% on Windows 8—almost the same number as XP, which launched over a decade ago on April 2005.

Windows 8 was designed just for touchscreens, so it works fine on my Surface Pro 2 but not on my standard non-touchscreen PCs, my gaming PC, or my Media PC. On those, I had to customize Windows to get it working the way I wanted it to. So is Windows 9 any good? No, because it doesn’t exist, as Microsoft renamed Windows 9 to Windows 10, so that it creates the illusion that it’s far superior and more advanced than Windows 8. So is it?

From July 29th 2015, you have one year to find out for free. If you have a legal copy of Windows 7 or 8, then you can upgrade—either home or pro—to a new version of Windows 10, but only for one year. After that, the overly high prices of $125USD and $199USD apply. Microsoft is staggering the launch of Windows 10—even though it’s available on July 29th, that doesn’t mean you can get it right away. It may take a few days to become available to you. 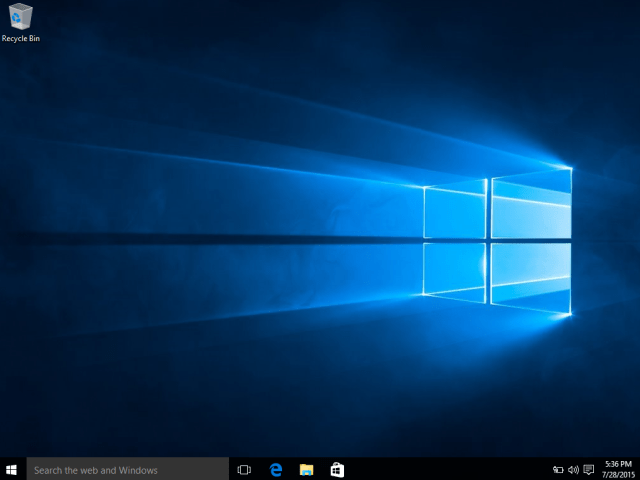 The only major differences between the Home and Pro versions of Windows 10 are bitlocker (disk encryption), remote access, and Hyper-V (virtualisation). If you don’t need any of those three, then Home is the version for you. I’ve done all my testing on Windows 10 Pro, as that’s what my W8.1 installs were. Unlike the early rumors suggested, if you don’t have a legal Windows 7 or 8 install, then you cannot upgrade to Windows 10 for free.

Microsoft was able to do a fast release of Windows 10 because it’s really Windows 8.1 retooled slightly. This version of Windows fixes the user interface problems of its predecessor. The requirement that you have to have a touch screen device to properly use Windows is gone, and by default, Windows 10 exists in classic desktop mode. If you install it on a device with a touch screen, it it provides the option of switching to “Tablet Mode,” which is very similar to the default Windows 8.1 tile interface. Another welcome return is the Start Menu. 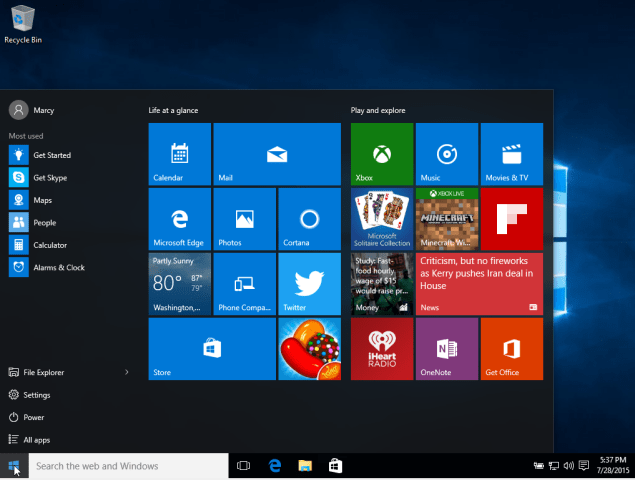 The new start menu is a hybrid between Windows 7 and the tile screen of Windows 8, you get the old school apps list on the left, a strangely non-customizable list of most-used software above that (it can be turned off but not manually altered), and the Windows 8 tiles on the right hand side. You can also force the start menu to act like the one in Windows 8, but why would you do that? Of course, your needs may vary, because the tile menu is really handy for accessibility options. (Which you can check out here.)

Lets get some other obvious questions out of the way: Is Windows 10 stable? So far yes, it’s about as stable as 8.1. Does it run my specific application? Well I really don’t know the answer to this! It’s run everything I’ve thrown at it so far, from various games to Word to Manga Studio 5, Paint Tool Sai, and Chrome. Is it faster? Overall it’s about the same as Windows 8.1. Technically, it’s slightly faster in some of the benchmarks I’ve been reading, but not so you’d notice.

If you’re wondering why you should bother upgrading, I can’t really blame you; it’s Windows 8 with a lick of Windows 7 paint. Windows 10 does have some shiny new features that might tempt you, though. Cortana is included, so you can now do a Siri-like search by talking to your computer. You can can also log into Windows with a PIN or have your computer watch for your face and automatically unlock when it sees you. Go away, HAL 9000! So much nope! 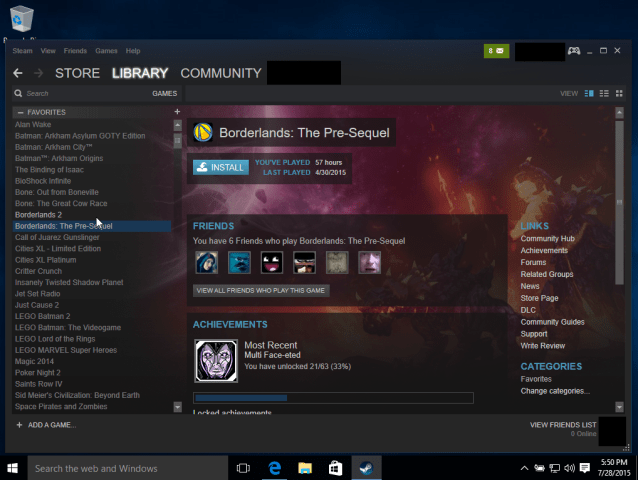 One of the main new features though is DirectX 12. If you’re a gamer in any way shape or form, you are going to want to run the latest version of DirectX, and Microsoft is only releasing DirectX 12 for Windows 10. It’s the really big carrot Microsoft is dangling in front of us in an attempt to get us to upgrade. Oddly, Windows Media Centre is gone—not that I used it—so you need to install VLC to play movie files or DVDs, and for music I recommend Musicbee.

As far as security goes, things are a little better. Windows 10 has Defender installed, but you’re better off installing literally anything else by any trusted antivirus vendor you can think of. Windows Updates can no longer be deferred, so that’s a plus. Windows 10 preview sent everything you did within the OS back to Microsoft for research purposes; the release version doesn’t do that, of course. The other improvement here is Windows 10 has finally killed off Internet Explorer—its new browser is called Edge.

No, not that singer guy from U2. He can’t direct you anywhere. Do you really trust a guy that’s called Edge and falls off the edge of a stage? Well, you shouldn’t. 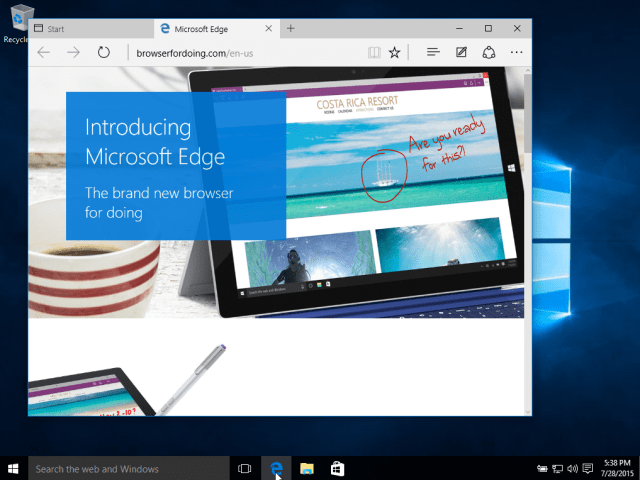 I’m not sure you can trust the browser called Edge either. It feels oddly incomplete and slow, and all the settings for it are a bit too buried for the average user. Edge also runs Adobe Flash automatically, and given the recent malware targeting Flash, you might want to disable that fast. I immediately ditched Edge and installed Google Chrome, which is much faster than Edge on Windows 10. If you still need IE11, it’s hidden away in the apps menu, but Edge is the default browser.

XBox users might get a little more out of Windows 10 with the XBox app; it works across Windows 8 and 10 and pulls in your XBox friends and achievements. You can apparently stream games from your XBox One to Windows 10 and play them sitting at your computer. I couldn’t test this for two reasons: I don’t have an XBox, and if I game on a PC, it’s through Steam. I’ve just no interest in XBox anything, thanks. It’s a cool feature though and frees up the TV for other people in the family if you do wind up using it.

What Microsoft is trying to do with Windows 10 is scrub away the stain of Windows 8. They needed a reset and to get people onto 10 fast; Windows 8 was an epic failure for Microsoft. The scrubbing may even be successful due to its ‘free for one year’ promotion—as Windows users at home simply have no reason not to upgrade. Windows 10 is better than Windows 8 in every way, although that’s like saying, “Do you want to be eaten by a dragon or have a nice cup of tea?” Some things are obvious! If you can get it for free, backup your data (use protection kids!) and install Windows 10 as soon as you can.