The Political Subtext of People Assuming Michelle Wolf Is Black 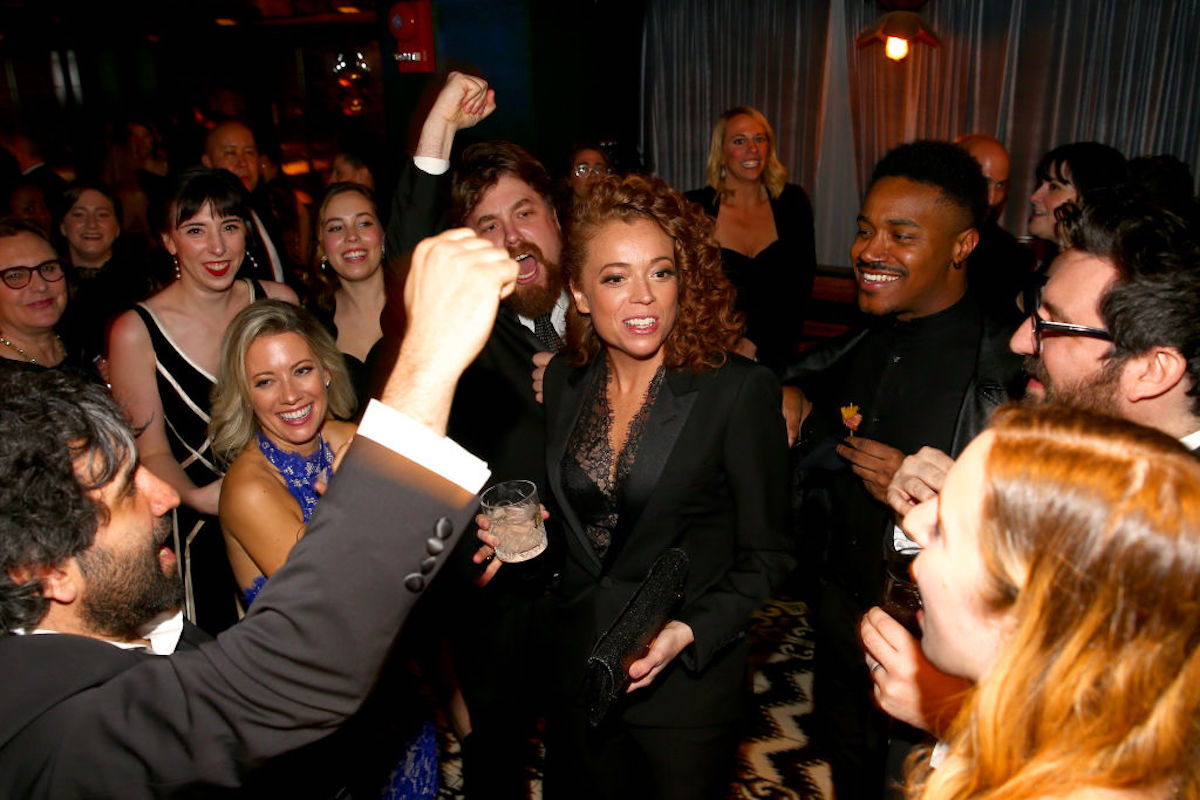 It’s fitting that the day after speaking to a good friend of mine all about the Rachel Anne Dolezal documentary, I would find out that apparently, people thought that Michelle Wolf was … black. Or at least mixed race, according to this article on The Grio. Is that really all it takes? Tan skin and curly hair to indicate blackness? Funny how, when people said that about the Martells in Game of Thrones, everyone screamed that they were the Mediterranean.

But apparently, this isn’t the first time people have looked at Wolf’s full curls and olive complexion and thought, “What are you?”

Now, to be fair, there are absolutely people of color who are similar in complexion to Wolf, or even lighter, who have black parents or mixed race black parents: Troian Bellisario, Meghan Markle, Wentworth Miller, Kitt Shapiro, Alexandre Dumas, etc. Some of them claim their blackness more so than others, but for those who do, it is often a conversation of privilege, black identit,y and a lot of other complex issues that I’ve spoken about before but won’t get into right now.

When it comes to Michelle Wolf, in particular, besides the lol factor, I wonder why exactly people thought she could be black beyond her looks, and I think it says something about the political narrative that we’ve been putting out about black women.

Since the 2016 election, there has been a real statement about the political differences between black women and white women. 52% of white women voted for Trump, according to exit polls. It’s etched into my head forever. Roy Moore’s biggest supporters were white Evangelical women, and the idea that white women were bound by ideas of female solidarity have been repeatedly dashed.

As a result, black women have been heralded as the saviors of democracy and the Democratic/progressive party. Now, as a black woman, I’m always suspicious of any smoke being blown up my ass. It was enjoyable for the moment, but at the same time, I knew it was just a Twitter hype machine, and despite all of this praise for black women, with a few exceptions, I’m not seeing non-black Democrats out to recruit black voters.

I listen to pretty much everything on Crooked Media, and while I do know that there are definitely white progressives out there doing the work, Democrats have been praising the black female vote and being so excited for it while ignoring their needs.

Enter Michelle Wolf, who spoke truth to power in a way that a lot of white progressive women are not. No disrespect to Sarah Silverman, Katie Couric, and others, but in the wake of Trump, there are way too many who have tried to do these racist outreach programs that try to bridge the gap between white people who don’t think they are racists, but have racist thoughts and do racist shit.

It’s not just white women. On the whole, mainstream journalists have been working so hard to understand the Trump voter that they end up just helping to prop up his illusion of political legitimacy.

So people are shocked that a woman is up there being that raw and aggressive in public, but I think we should realize that if Maxine Waters had come up and said the things Wolf did in that room, she would have gotten 100 times more criticism for it. Hell, she would not have been allowed on the stage. That’s the best indicator of whiteness you can get.

Michelle can still come to the cook-out, though.

(via The Grio, image: Photo by Tasos Katopodis/Getty Images for Netflix)