Interview: Michelle Schumacher Talks I’m Not Here and the Beauty of the Unreliable Narrator

A movie I thoroughly enjoyed and cried during. 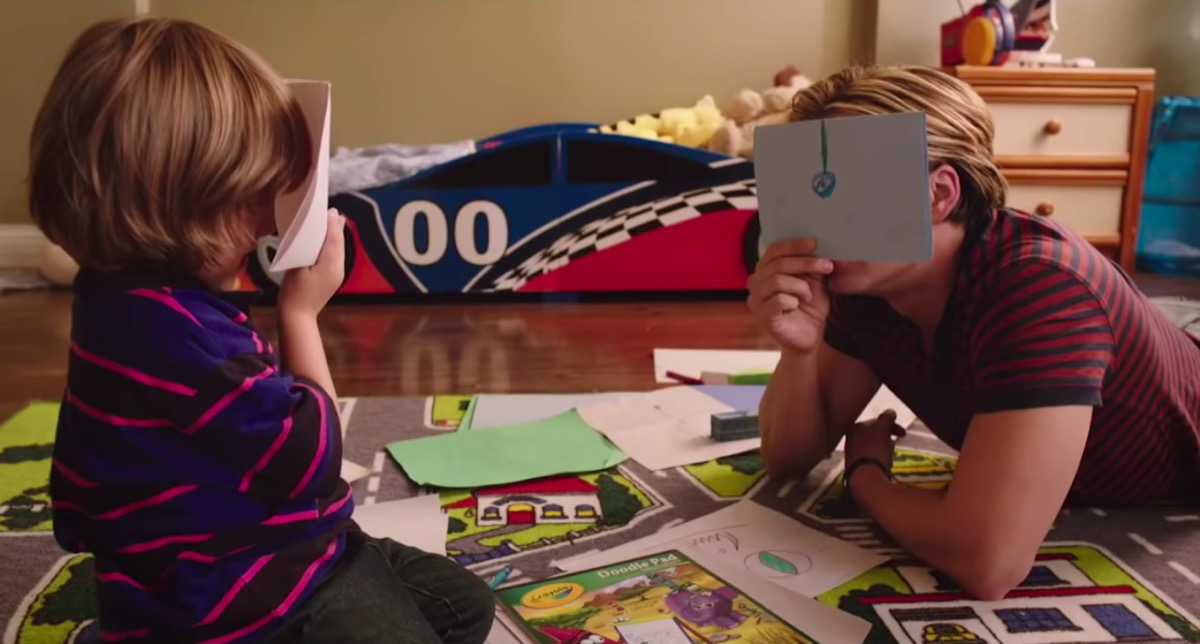 I’m Not Here is the story of a man who, like his father before him, struggles with alcoholism and what that costs him throughout his life. While our full review won’t be out until March, we spoke with the director and screenwriter, Michelle Schumacher, about the film and what this story can mean to audiences.

What is extremely interesting about the movie is that everything is told from the memories of Steve, the protagonist. The film follows three distinct parts of his life: his childhood, his adulthood, and his old age, living alone in the house he once shared with Karen. As seen in the trailer, when Karen dies, it spurs Steve to go back through his memories and relive his life.

But we’re only getting his side of the story—his version of the truth, and not what actually happened. So, I asked Michelle Schumacher about that in our conversation over email—about weaving that idea through the screenplay and making it clear through the film that this was Steve’s side of the story:

“Yes! An intentionally unreliable narrator. We started by casting incredible actors who are not only intelligent and sensitive, but who actually look alike. J.K. Simmons, Sebastian Stan and Iain Armitage look as if they could be the same person at different ages in life. We took great care in viewing every scene through “Steve’s” eyes. Which is interesting if you think about how reliable or unreliable memories can be. So, what he’s remembering may not be what actually happened, but how he either perceived what happened and/or how it affected him. The important thing is the observation itself, and the reflection. The mere act of observing changes the observed.”

Another detail of the film that I thoroughly enjoy is that, while the older Steve (J.K Simmons) doesn’t speak, the younger Steve (Sebastian Stan) does, and so when his voicemail goes off even in the older character’s time, it’s the voice of Sebastian Stan that says, “I’m not here,” and to me, that is such a nice touch—maybe because we, as people, don’t change our voices that much, and when I asked about it, Schumacher said that was one of the reasons the voice was the younger Steve’s.

While purposeful little details and an unreliable narrator are fun, the film has a deeper message that audiences will, hopefully, cling to: the idea that anything is possible.

“One of the things we tried to do in this movie is show that everyone is doing the best they can in life at any given moment in time. We may not always make the healthiest choices or be the kindest person, but most of us are doing the best we can with the tools we have. It’s not about blame or specific coping mechanisms, but about trying to keep in mind that all things are possible.”

Our review of I’m Not Here will go live in early March ,and you can see the movie in select theaters (or on digital download) on March 8th! It’s a wonderful movie with a heartbreaking story and definitely worth the watch!