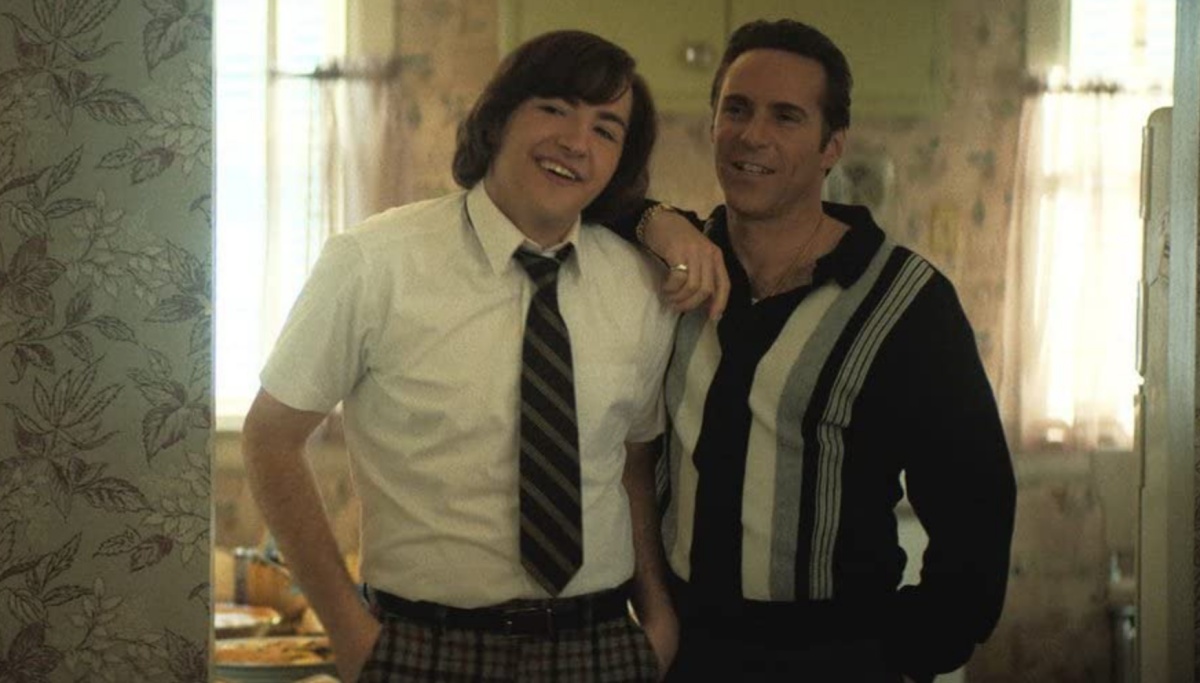 Michael Gandolfini is not new to acting, but in the upcoming film The Many Saints of Newark, he is not just playing a role. He is stepping into the character of one of the most iconic television male leads of all time, Tony Soprano—a character brought to life by his late father, James Gandolfini.

Speaking with Empire about the experience, he calls it “probably the toughest decision I’ve ever had to make,” and we see him discuss part of what that experience was like.

“You know, I didn’t want to put pressure on myself to walk out of this feeling like I’d grown in terms of my feelings towards my dad,” Gandolfini told Empire. “I just wanted to be the best actor I could be, portraying Tony in the way David wanted, scene by scene. I didn’t think about my grief because… well, I would have shit the bed.”

Not to mention, since this film is a prequel while Tony is a teenager, we are talking about a different person than the emotionally broken and morally complex man of the series.

“My dad’s character had all this beautiful sensitivity underneath this aggression,” Gandolfini explains. “This version of him is the reverse. His curiosity and sensitivity comes first. He’s not a gun-wielding gangster. He’s a kid who gets whittled down and pulled in.”

I watched The Sopranos in full for the first time this year, and it was an electric experience. I really deeply loved it and instantly could see how it helped craft a new kind of television. James Gandolfini’s intense performance as Tony Soprano made the character worth watching, and I got sucked into his world, even while being actively repulsed by it. James Gandolfini managed to give Tony the kind of alpha male magnetism that made you get why he was a leader of men. Yet, he would have moments so soft that you could see the man Tony wanted to be pushing up against who he was forced to be.

This prequel will be a fantastic place to do a character study on how that boy got swallowed up by the man he had to become.

The Many Saints of Newark is directed by Alan Taylor and written by David Chase, both worked on the original and David Chase is the original showrunner so it was truly bringing the team together. Taylor mentions in the piece one particularly touching moment when Michael invoked his father’s memory.

“We all had dinner one night,” says Taylor. “At one point, [Michael] stood up and said, ‘I want to thank everyone for doing this because it was a chance to say hello to my father… and goodbye again.’ There wasn’t a dry eye in the house.”

The Many Saints of Newark will be arriving in theaters and on HBO Max simultaneously in exactly one month on October 1, 2021.

The Many Saints of NewarkThe Sopranos