These stories are horrific, but they are hardly surprising. 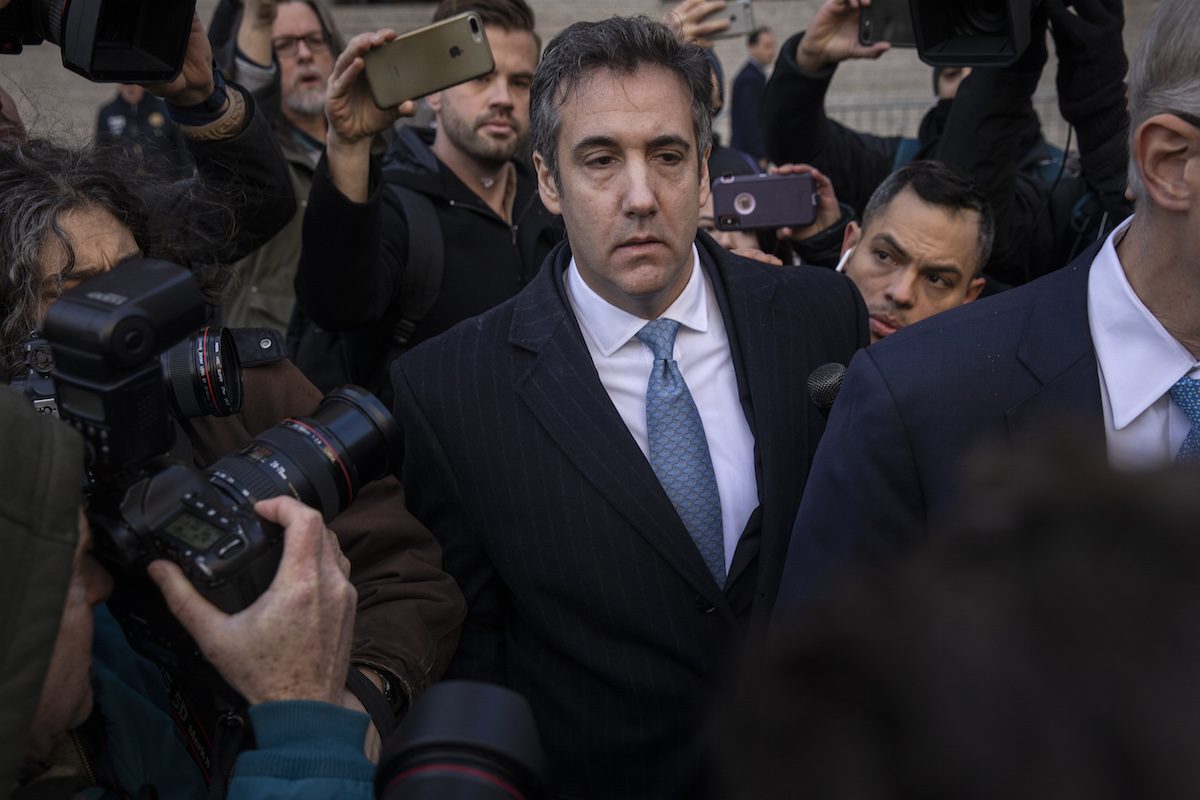 Trump’s former attorney Michael Cohen is set to release his tell-all book, Disloyal: A Memoir, about his time as the president’s chief fixer. Cohen, who pleaded guilty to tax evasion, perjury, and campaign violations, will release his tell-all next week, but details have already leaked and the stories are predictably bonkers.

Chief among them is Trump’s obsession with Barack Obama, who Trump described as “a Manchurian candidate.” Trump’s hatred of his predecessor is so virulent, that he hired an Obama impersonator he could personally insult for a video. Cohen included a photo of “Faux-Bama” and wrote that Trump “ritualistically belittled the first black president and then fired him.”

Cohen, who calls Trump “a cheat, a liar, a fraud, a bully, a racist, a predator, a con man”, shares more stories that reinforce what we already know about Trump. Addressing his adoration of dictators like Putin, Cohen wrote, “Locking up your political enemies, criminalizing dissent, terrifying or bankrupting the free press through libel lawsuits — Trump’s all-encompassing vision wasn’t evident to me before he began to run for president, … I honestly believe the most extreme ideas about power and its uses only really took shape as he began to seriously contemplate the implications of taking power and how he could leverage it to the absolute maximum level possible.”

Cohen also mentions Trump’s attempts to ingratiate himself with Putin in order to push forward his Moscow Trump Tower project. And while Trump praised authoritarian leaders, he made zero attempts to hide his racism and bigotry. In a rant after Obama’s win in 2008, Trump spewed, “Tell me one country run by a black person that isn’t a sh*thole…They are all complete f*cking toilets.” Trump also trashed former president of South Africa Nelson Mandela, raging “Mandela f*cked the whole country up. Now it’s a sh*thole. F*ck Mandela. He was no leader.”

Trump also attacked Black and Latinx people, saying “I will never get the Hispanic vote, … Like the blacks, they’re too stupid to vote for Trump. They’re not my people.”

Trump is, of course, denying everything in Cohen’s memoir. White House press secretary Kayleigh McEnany released a statement saying, “Michael Cohen is a disgraced felon and disbarred lawyer, who lied to Congress. He has lost all credibility, and it’s unsurprising to see his latest attempt to profit off of lies.”

That is true, but is anyone honestly surprised about ANY of these Trump allegations? The man has shown us time and time again that he is a relentless racist, misogynist, narcissist and cheat. And while stories like these continue to come out, the real tragedy isn’t only that this man is president. It’s that his supporters are so devoted they will likely not care about any of these allegations.