Can We Not Turn Meghan Markle into a Narrative About Black Women & Hope? 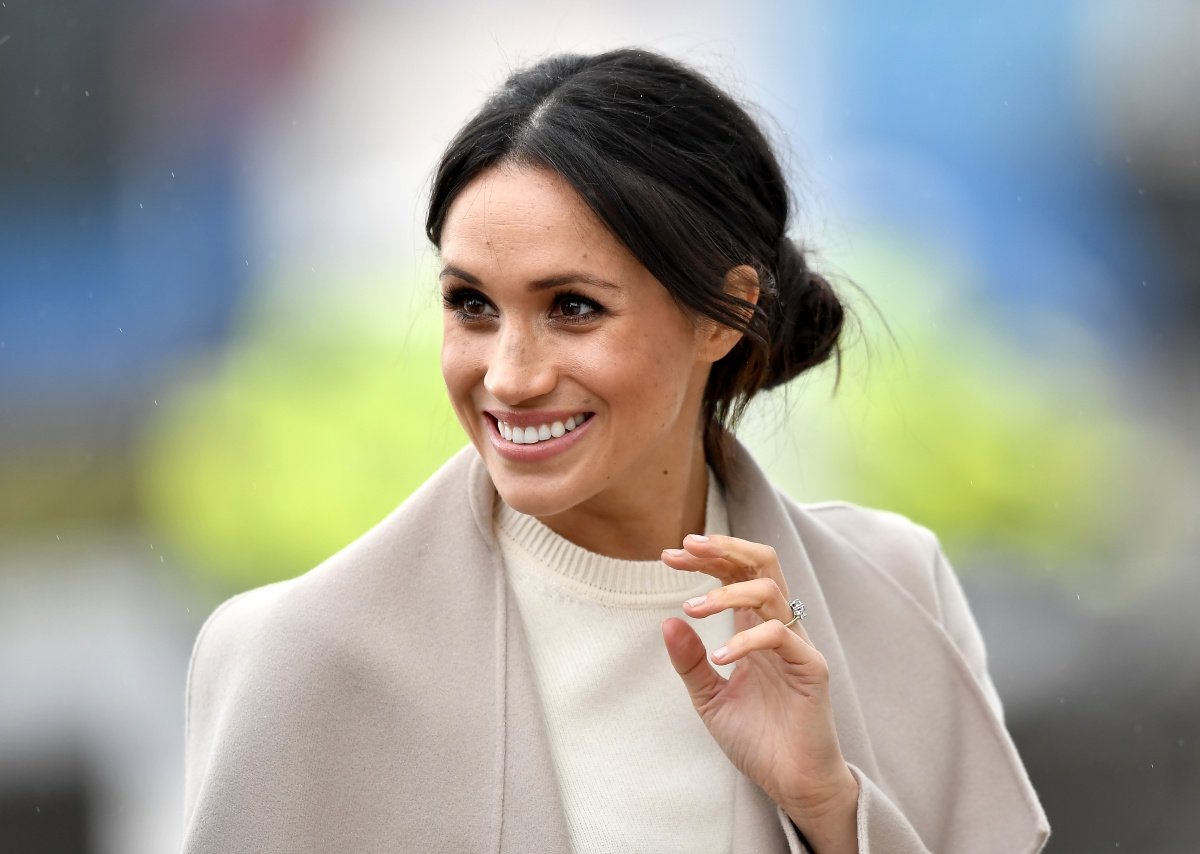 I’ve already let all my closest friends and family know that I’m going to bed Friday at 6:30 pm and waking up at  3:30 a.m. EST on Saturday because I’m not missing a moment of this. I’m an Anglophile and a black woman who always thought Prince Harry was the cute one, so for me, yeah this is a dope moment and honestly a massive historical event regardless of how you may feel about the British Royal Family.

What is not dope is this idea that Meghan Markle is now giving black women “hope.”

Dear mainstream media, stop publishing these kinds of articles. Please and thanks. pic.twitter.com/ziO2thg7Zh

Black women are allowed to just enjoy things without it being a larger sign of  romantic”hope.” Regardless of what you feel about the royal family, it is deeply historically significant for Prince Harry to be able to marry a black mixed-race woman who’s already been divorced. That’s something his own father would not have been able to do a generation before and those were white women.

In an age of Brexit and all the other toxic racial politics, for a royal family that has no power, their acceptance of Markle is a sign of the evolution of the royal family on the public stage of becoming more diverse.

However, that doesn’t affect all black women and we can appreciate the idea of a black royal while knowing that Meghan Markle isn’t paying our collective black woman bills. Major news outlets trying to take the little bit of hyperbolic joy that we are allowed to have and blowing it up into these think-pieces on the black female romantic experience is not only disingenuous, but all it does it make it feel like black women aren’t allowed to have fun without it turning into a political message.

Black women are fully aware of our place in the dating world, the media has made sure we do, and while we can enjoy this moment, I don’t think any black woman in true seriousness thinks this is her sign to go get her a red-head (although we should be open to people of all hair colors). Plus, there is this underlined idea that black women’s “hope” needs to be rich white men, which is not only racist but implies that black women are undesirable to black men or men of color in general. Black women have carried themselves thus far without waiting for a knight in shining armor of any color. We gonna be fine, but thanks for the “concern.”

For those who are upset about the way media is covering this, I totally understand that, but we need to stop blaming that on Meghan Markle. I have seen people talk about her and act as though she doesn’t “take ownership of her blackness”  because they aren’t familiar with her history.

Markle may be lighter skinned and have straightened hair, but that doesn’t make her not a mixed-race black woman. She’s been very upfront about her biracial identity. In her write up on Elle, years before this new rocket in her popularity she talked about her racial identity:

My teacher told me to check the box for Caucasian. ‘Because that’s how you look, Meghan,’ she said. I put down my pen. Not as an act of defiance, but rather a symptom of my confusion. I couldn’t bring myself to do that, to picture the pit-in-her-belly sadness my mother would feel if she were to find out. So, I didn’t tick a box. I left my identity blank – a question mark, an absolute incomplete – much like how I felt.

She has seen her dark-skinned mother deal with racism from childhood and is not ignorant of it. She’s spoken about her great-great-great grandfather, who was a slave and took his own last name in order to make a new start in America.  Before she even met Prince Harry, she was involved in activism as a member of the non-profit leadership program One Young World. In 2014, she traveled to Afghanistan and Spain as part of the United Service Organizations tour, she worked for United Nations Entity for Gender Equality and the Empowerment of Women as an Advocate. Just reducing her and her accomplishments because of this marriage is a disservice to her as a woman and a woman of color.

Not to mention, do you think white people see her as white? We can talk about her privileges as a lighter skinned woman of color, but that doesn’t mean we need to erase her, especially when she wants to put in the work.

Also, can you think about how many non-white people are going to be at this wedding? Gina Torres is going to be there guys! Gina. Torres. In. A. Hat.

It was brought to my attention that Lifetime’s Harry and Meghan whatever movie decided to bring up this really old rumor about Queen Charlotte of Mecklenburg-Strelitz who was the wife of George III and rumored to have been “mixed-race.”

“I’ve always loved this painting of our ancestor, Queen Charlotte, because the painter, Ramsey, didn’t try to hide her African heritage,” the Queen says in the Lifetime film, as Markle and Harry shoot her a shocked look. “Oh yes, you’re of mixed race, Harry. So am I. Many of her portraits tried to hide that fact, but this one is most authentic.”

Y’all. I can’t. Like this is up there for me with Cleopatra in false historically black figures.

Just because someone “looks ethnic” does not mean they are mixed race. In the case of  Queen Charlotte, these rumors have excited for centuries because she was anti-slavery and because “allegedly ” her ancestry went back to Portugal and the Portuguese King Alfonso III who had a Moorish mistress named Madragana Ben Aloandro. 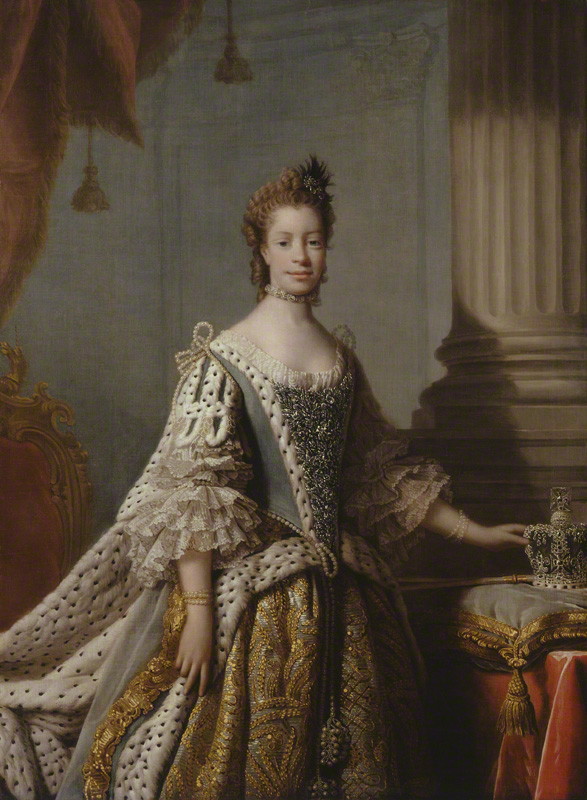 Except, no one knows if Madragana was even of African descent and even if she was it would have been 15 generations removed. I mean if she was … cool, but the reality is that we do not know and the most confirmation we can get are rumors.

However, we don’t have to make up any fake British royal family black connections because we already know one exists.

So you don’t have to make up any black ancestry. It’s already there. It is also, so far away it barely counts, however, you don’t have to invent black family members for a Lifetime movie when the internet exists.

In conclusion, yeah the Meghan Markle/Prince Harry wedding is a big deal and I’m excited about it, but unless you are a black woman, stop taking black women’s tweets and turning it into a narrative of “hope.” Meghan Markle is gonna look good in a gown, but she’s not stopping police brutality.

If you don’t care about, that’s also valid. Do you boo.

Also, for those who want to celebrate a darker-skinned black royal woman they already exist. We have, Princess Angela of Liechtenstein, the first known person of African descent to marry into a reigning European dynasty. Countess Mary Von Habsburg of Austria, who is originally from Sudan and is not only a beautiful dark skinned woman but older than her husband. Outside of Countesses and Princesses, there is also Emma Thynn, Viscountess Weymouth who is the first Black marchioness in British history.

I don’t know about y’all, but I will be watching the Royal Wedding on PBS at 4 am EST. Despite how invested I may seem in this post, I don’t have tickets (although Meghan if you do see this, I would love to come. I love a good hat).