Please Give Us This Megan Rapinoe Memoir Immediately 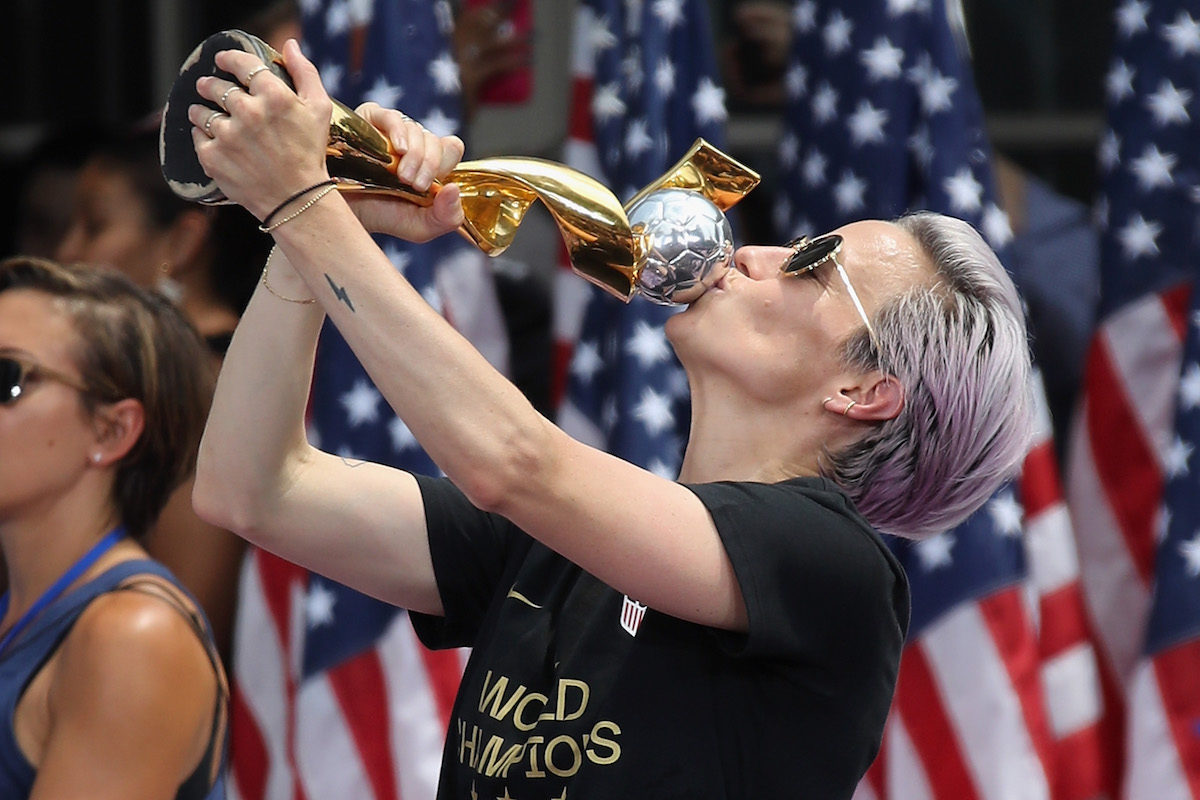 Not only is Rapinoe and incredible player, but she’s outspoken on issues ranging from civil and LGBTQ+ rights to gender discrimination. For many of us who weren’t already fans of women’s soccer, it was that outspokenness that made us take notice of Rapinoe in the first place. And thankfully, it will have a major place in this book.

According to the New York Times, Rapinoe’s book will be a memoir with anecdotes from her life, but it will also “go beyond sports.” Penguin Press president and editor in chief Ann Godoff told the paper, “A lot of women, great women soccer players, have written memoirs,” but that “Megan has a different platform.” She describes Rapinoe as “a woman who is comfortable in her own skin.”

“She’s just operating from this very honest and straightforward and ‘This is who I am’ place,” Godoff said. “I think that’s what many people aspire to.”

.@mPinoe holding a trophy and a bottle of champagne and yelling “I DESERVE THIS” is a mood, an inspiration, a battle cry for women nationwide pic.twitter.com/1r9YUDNBxD

Rapinoe and her teammates received a lot of criticism during the World Cup for appearing arrogant, as if that’s not called “confidence” when we talk about and celebrate extraordinary male athletes. She refused to stay quiet about the enormous pay gap between the women’s and men’s teams, even calling out FIFA President Gianni Infantino and U.S. Soccer president Carlos Cordeiro directly, right after the U.S. team’s final win.

Rapinoe on the “Equal Pay!” chants and the booing of Infantino: “A little public shame never hurt anybody.”

Rapinoe was one of the first white athletes to follow Colin Kaepernick’s lead and begin kneeling during the national anthem. She was the target of Trump’s ire last month after she said she had no interest in going to the White House. She’s an incredible role model on and off the pitch and it sounds like this memoir is going to give us a taste of both. Rapinoe told the Times in an email, “I hope this book will inspire people to find what they can do, and in turn inspire other people around them to do the same.”

But wait! There’s more! In addition to her memoir, Rapinoe is also writing a book for Razorbill, a division of Penguin Young Readers, aimed at middle-school-aged kids. According to a statement, it will explore “the power young people have within their own communities and the world at large. The overall message is that “we can change the world in one generation, and have one hell of a time doing it.”

By the way, if you enjoyed the Women’s World Cup, the soccer season is still in full swing! Make sure you’re supporting the National Women’s Soccer League by continuing to watch their games!