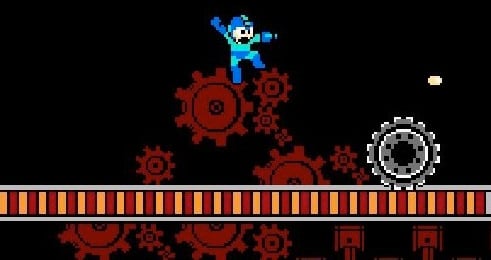 One of Capcom’s crown jewel franchises, Mega Man, will be making its way to movie theaters very soon. What’s more, according to The Hollywood Reporter, Henry Joost and Ariel Schulman (the minds behind Catfish) are in final talks to direct the project. In addition to the 2010 documentary, the pair’s other work mostly centers within the thriller/horror genre, with Paranormal Activity 3, Nerve, and Viral. Also attached to the project are Masi Oka (Hawaii Five-0, Heroes) and Chernin Entertainment.

Given Hollywood’s past experiences with porting video games to film, I have to say I remain somewhat unenthused by the revelation. That’s no fault of the directors, by the way—I just straight up don’t believe in Hollywood’s ability to properly capture the heart of a video game and get it to play out effectively on the big screen. But that being said, I still find my interest piqued if only because Joost and Schulman seem like really interesting picks for directors.

As I mentioned, their work lies mostly in thrillers and horror, and I’m wondering how that may inform their development of the upcoming film. Mega Man, as a character, can certainly lend himself pretty well to stories around body horror and the scarier implications of integrating tech with the human body. There’s a shot at a real cerebral look at Mega Man and his story as well as the whys and wherefores of his creation.

Here’s the thing: I don’t know that I expect such a cerebral look at Mega Man, and I honestly don’t even know if it’d play out the way I’m thinking (yeah, I suggested it, but still). Moreover, there’s already a pretty fantastic Mega Man origin story already out there: The Protomen’s Act II: The Father of Death. It’s a rock opera based on the Mega Man franchise that focuses more on Light and Wily’s rivalry and the rise of Mega Man as a hero. You can listen to the album and piece together the story yourself, or you can check out the full lyrics, which contain an actual, honest-to-God full story. It’s also a prequel to The Protomen’s self-titled debut, which is also an adaptation (with many creative liberties taken) of the franchise.

I should be super clear here: I don’t expect that this is the story they’re going to go with at all. I’m just … humbly suggesting that maybe there’s already a great story out there that may or may not serve as good inspiration, here. That’s all.

Ball’s in your court, Hollywood.