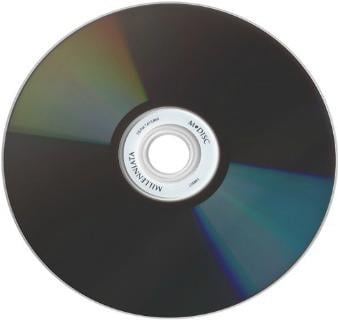 Millenniata and LG have teamed up to create something called the M-Disc, a CD of legendary durability. Ubergizmo reports that the disc is more of a “natural,”stone-like“ substance and can withstand all kinds of ridiculous torture, including exposure to boiling water and liquid nitrogen. Unsurprisingly, you need a special device to burn to the M-Disc, but after that, it’ll work in any normal CD player and can hold 4.7GB. It takes twice the time to write to the M-Disc, but considering what it must be made of, I feel like that’s pretty reasonable.

So, that’s all well and good and extremely impressive, but the real question is, “Why?” Granted, it isn’t as backwards as creating an indestructible floppy or Zip Disk made out of titanium or something, but it’s still a little bit behind the times. The M-Disc is going to be great for all three of the guys who still back up to CD. Besides, boiling water and liquid nitrogen? That’s a pretty good deal for chefs and mad scientists, but what about those of us who can’t be bothered to use jewel cases? Is it plain old scratch-proof?

In defense of Millenniata and LG , there’s no telling how long this technology has been being researched, and maybe it’s just a matter of bad timing that the product is being launched shortly after Apple has abandoned the use of optical drives. Still, I suppose if you don’t trust the cloud (which is only moderately paranoid) and you don’t trust your  hard drives or various solid-state media (hard drives crash, USB sticks actively try to hide from you) and you keep a lot of boiling water and liquid nitrogen near where you store your data (I assume you have a good reason), M-Discs might be the right choice for you. M-Discs or a reorganized computer room.