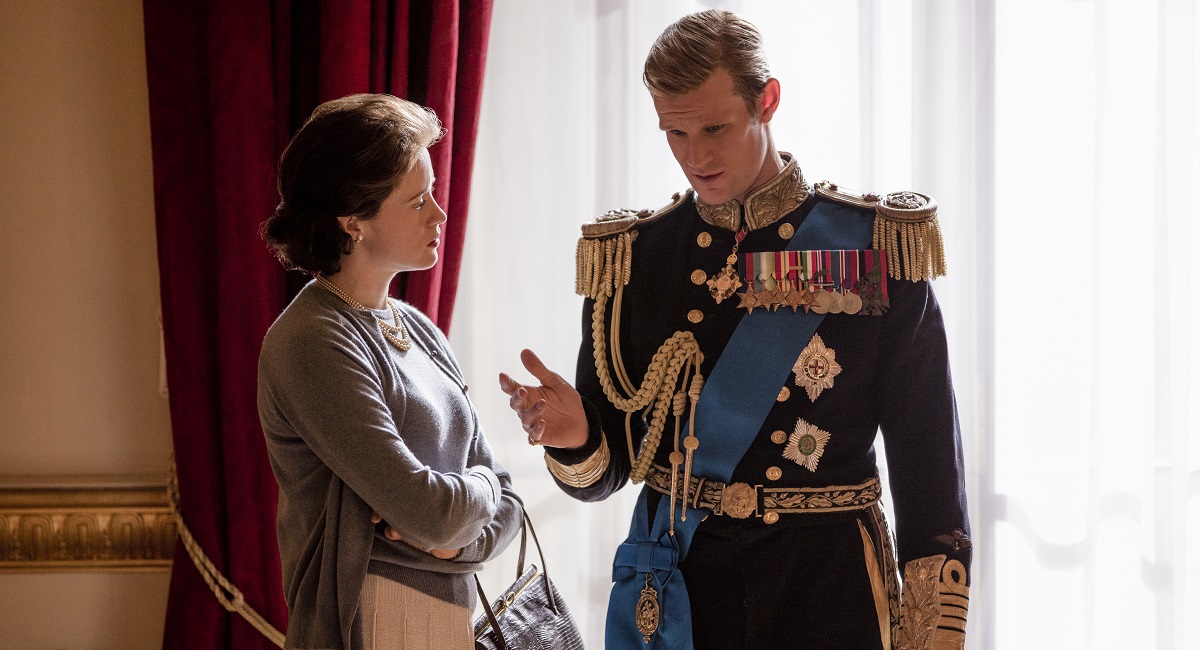 After news broke that Matt Smith was paid more for his role as Prince Philip on The Crown than co-star Claire Foy, who played the lead character Queen Elizabeth II, an online petition has been launched calling for him to donate the difference between his pay and Foy’s to the Time’s Up Legal Defense Fund. “Women in all industries are facing a struggle for pay equality,” reads the petition. “… This is critical moment for Netflix and Crown co-star Matt Smith to show that they stand with women and do the right thing.”

The controversy began when, at the INTV Conference in Jerusalem, The Crown producers Suzanne Macie and Andy Harries answered questions about the pay disparity and, according to Variety, “acknowledged that [Smith] did make more due to his Doctor Who fame, but that they would rectify that for the future.” Mackie added, “Going forward, no one gets paid more than the Queen.”

However, that doesn’t do much for Claire Foy, as she’s being replaced with Olivia Colman due to the series’ time jump.

As the petition itself acknowledges, this sort of payment is not without precedent. Back in January, it was revealed that Mark Wahlberg was paid 1500x as much as Michelle Williams for reshoots of All the Money in the World. Adding insult to injury, the reshoots had been scheduled in order to removed accused sexual predator Kevin Spacey from the film. Given those circumstances, Williams had said, “They could have my salary, they could have my holiday, whatever they wanted. Because I appreciated so much that they were making this massive effort.” And she accordingly took a salary of under $1,000 for the reshoots. Her co-star Mark Wahlberg, on the other hand, was paid $1.5 million for the same period.

Wahlberg then donated his $1.5 million to the Time’s Up Legal Defense Fund in Williams’ name, saying, “I 100% support the fight for fair pay.”

As I wrote back when Wahlberg made his donation, it’s absolutely unacceptable that so many actresses are underpaid and treated with such disdain by their employers. But donating this money to a defense fund for women who couldn’t otherwise pay for legal representation would be a truly productive use for it, and I hope that Matt Smith takes this petition seriously.