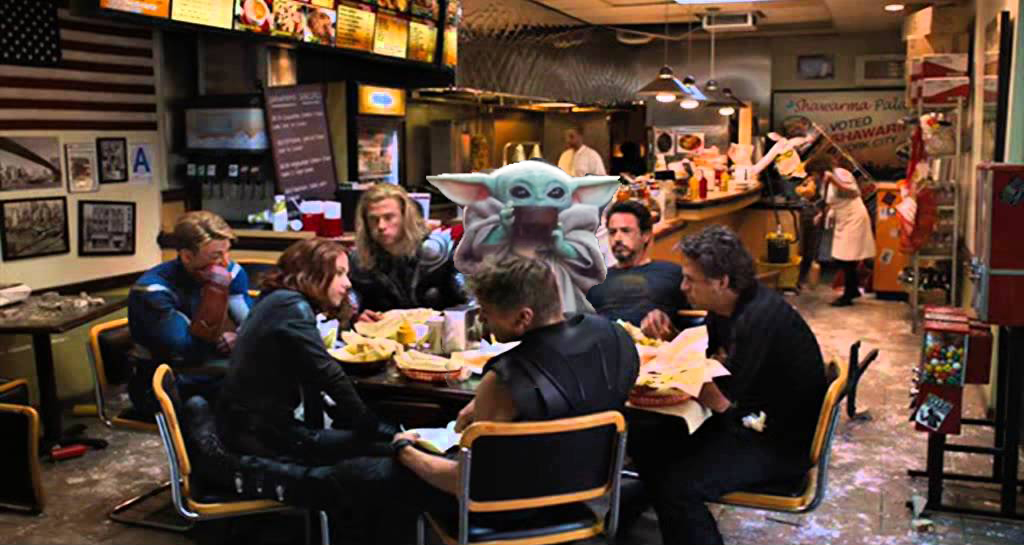 Marvel Studios president Kevin Feige doesn’t think a Star Wars and Marvel crossover would work, and to that I say: Bring me space daddy Din Djarin and Grogu in the Avengers, you COWARD. The question of such a crossover frequently comes up, and it has to do with the fact that Disney owns both franchises. That’s it. There’s no comic backing (well, almost none) or world where they actually cross over with each other. Fans are just excited that it could happen because Disney has control of them both.

Talking to Yahoo! Entertainment, Feige answered the question about whether or not we could see a crossover between Star Wars and our favorite Marvel heroes, and it seems to me as if he doesn’t see the point? Kevin, please.

Here’s actual footage of me explaining why this could work, though:

The question comes from our love both franchises, and while I think that would be cheesy and unnecessary, my first thought was how much I’d love if the Guardians of the Galaxy rolled up to a planet and Din Darjin and Grogu were there just trying to enjoy lunch.

If it were that kind of crossover, letting us know that these two universes exist within each other? I’d allow it. But also, I just like having fun and making jokes about Star Wars characters interacting with the Marvel world. Can you imagine how it would break Peter Parker’s brain to know that his favorite movie franchise was real? My poor baby would literally cry.

So yes, I am Patton Oswalt’s filibuster from Parks and Recreation. I’m always going to be that filibuster, and I’m okay with that. Honestly, if you listen to the entire filibuster, Patton Oswalt basically predicted the Disney+ universe? Like, he brought up The Book of Boba Fett and the end of the second season of The Mandalorian back in 2013. What did Patton know?

So we may never see the Avengers and the Jedi together, and while that’s fine (for now), I do hope we get to see a jokey video at some point down the line. Just for the laughs.