Marvel’s Runaways Gets Bumped by The Avengers 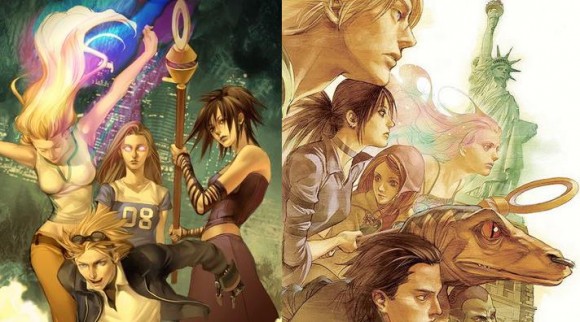 Marvel has been in the pre-production phase for a film adaptation of its title Runaways, about a group of teens who find out that not only are their parents part of a criminal group called the Pride, but that they also have various super powers. It was going to be a much smaller production than the typical Marvel movie, but now that The Avengers is set to take over next summer, Runaways is going to have to take a backseat. However, no one is saying it’s been canceled, so hopes springs eternal that production can begin post-Avengers.

As of right now, much of the Runaways film is good to go, including a script by Drew Pearce and a director, Peter Sollett (Nick and Nora’s Infinite Playlist). They were even supposed to begin filming this past March, even though no official cast was ever announced. (Rumored cast members were Keke Palmer and Lucas Cruikshank, but again — nothing official or confirmed.)

But obviously, things changed, and once Thor, X-Men: First Class, and Captain America: The First Avenger started rolling (right into The Avengers, if you stayed for the end of Cap‘s credits), Runaways was put on the backburner. Says Pearce:

“Basically, ‘The Avengers’ came along and everything else at Marvel got put on hold for a year. But the script is there, we’re good go. It’s kind of like [being] at the airport when you’re waiting for your slot to take off with Marvel, and we’re hoping we get a slot next year. Fingers crossed. They’re very happy with it, so hopefully it happens.”

And with a story and character lineup like this, we really, really, really hope it happens: The group of six teenagers is almost completely female (there are two guys) and includes a lesbian (in a relationship), an Asian-American, and an African-American. And an alien. Among their super powers are telepathy with a time-traveling velociraptor, mutant super-strength, magic manipulation, and prodigy-level intelligence. All of these powers come from their parents, who are all villains, and whom they must ultimately defeat. How do they find out that their parents are villains? They witness them sacrificing the life of a young girl in an occult ritual. Even after this, one of them maintains their loyalty to their parents.

It was created by Brian K. Vaughn and Adrian Alphona, and at one point, an arc was written by famous fan Joss Whedon.

So, yeah: this movie should really, seriously be made as soon as it can be arranged. I get it, Marvel, with The Avengers and all. But Runaways really deserves to see the light of day.