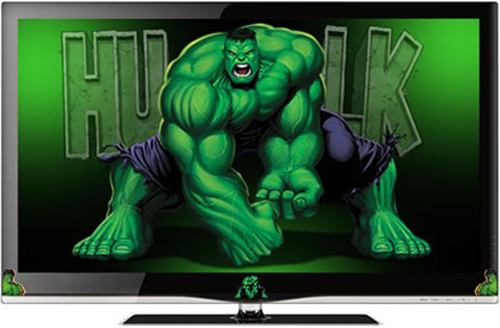 When Jeph Loeb appeared to no longer be taking up the writing reins on The Hulk, comics fans speculated wildly as to what he might be doing next.  Perhaps the writer behind Long Halloween and Batman/Superman had even been poached back by DC.

Turns out it was actually something rather different: Loeb has been put in charge of television projects for Marvel Comics, a newly created position.

Though Loeb has earned the ire of fans with his recent stints on Hulk and The Ultimates, he has a significant amount of experience writing and producing for television and movies, where his credits include portions of Heroes, Lost, Smallville, and Teen Wolf.  This development can only indicate a new, more proactive stance for Marvel on getting its characters into television.

According to MTV, Loeb will be in charge of “overseeing the development of live-action and animated Marvel TV series” and “potential live-action direct-to-DVD series.”  Eeeenteresting.

It is certainly time for a new X-Men or Spider-Man cartoon show, if not something more ambitious.  Lets see a She-Hulk show done up like Law and Order!  Do Dr. Strange as if it were House with magic!  Or just make a show out of Exiles.  No spin.  Just Exiles.

Hopefully one of these will get made, because I assume that Loeb’s new job will keep him from writing any more Batman comics for a while.  /tear