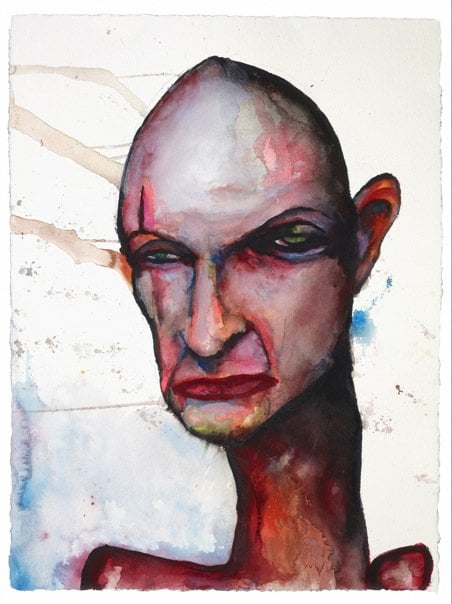 Apparently, noted frightening person Marilyn Manson is as obsessed with LOST as the rest of us: Yesterday, he posted a painting he made of LOST protagonist/antagonist John Locke to his Facebook page. Or is it Flocke?

In a note accompanying the painting, Manson writes “Locke, a painting I did for Twiggy’s obsession,” referring to his bassist Twiggy Ramirez. So not only is Manson as likely to be riveted and inevitably disappointed by the final two episodes of the series as we are: His crew is as well. Expect very, very bad things to happen if it all turns out to be a dream.