Map Displaying Who in the World Googles the Term "Zombies"

The Oxford Internet Institute created the above map to show just what parts of the world reference the term “zombies” by way of their Googling habits. As one can see from the map, most of the world doesn’t care about the living dead trend, though as one might have been able to guess, the higher concentration of zombie fascination is located primarily in the Anglophone world, in population areas of higher concentration, such as big cities. Interestingly, Africa barely has any zombie interested, even though that is from where the word originates. Sadly, the data visualization doesn’t let us know when the zombie fad will end. Maybe when zombies are actually a real thing and we’re all too busy running from them or being dead to casually Google the term. Head on past the break to check out a larger version of the map. 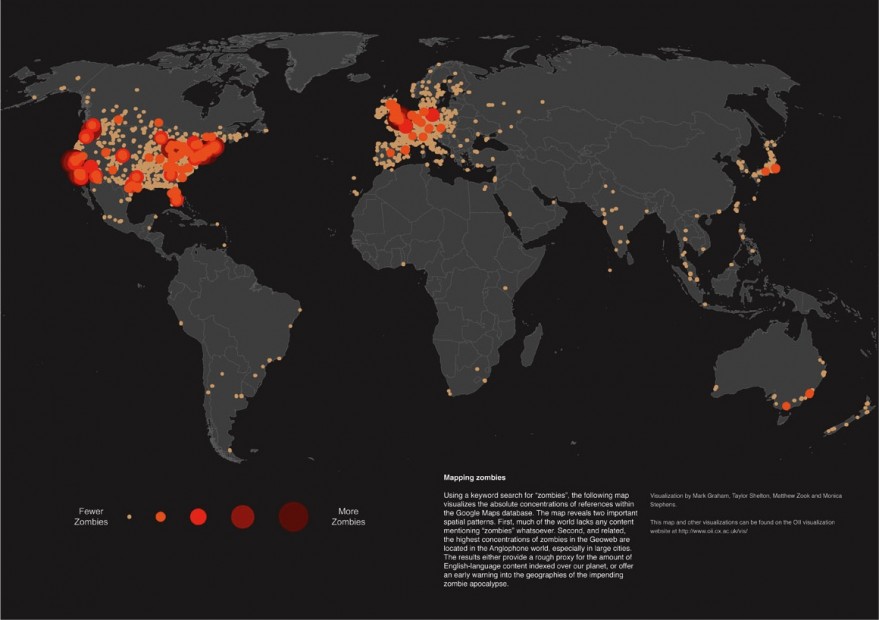 (Oxford Internet Institute via The Guardian via Geekologie)