Man Sues WikiLeaks for $150 Million Worth of Emotional Distress 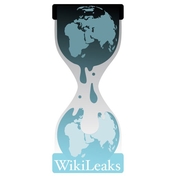 A Florida man named David Pitchford is suing WikiLeaks and founder Julian Assange for causing him some serious emotional distress. Pitchford’s reasoning is as follows: He says that WikiLeaks’ release of thousands of sensitive documents endangered him and every person in the United States “and the entire planet,” and that this constitutes the intentional and negligent affliction of emotional distress.

Per Pitchford, this has caused him five forms of personal injury:

A. A worsening of Plantiffs hyper tention;

B. A worsening of Plaintiffs depression;

C. A Worsenig of Plaintiff’s Stress;

D. Living in constant fear of being stricken by another heart attack and or stroke  as a result of the foregoing;

E. In fear of being on the brink of Nucliar WAR

For his pains, Pitchford wants $150 million. Full legal papers below:

Blogger superkuh tracked down and interviewed Pitchford and found him to be “an alright guy,” though he contends that the lawsuit is “bullshit.”