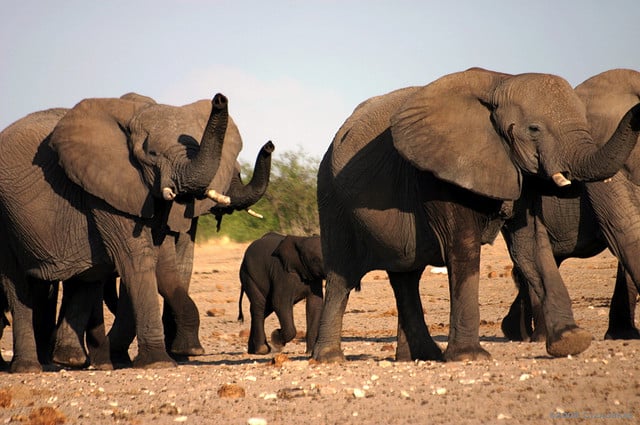 Many of us know the rush of compassion that comes with hearing a young mammal’s cries of distress (or, God help me, watching that one Sarah McLachlan commercial), but we might not be the only creature in the animal kingdom that is influenced by other species’ calls. Research published in the latest issue of The American Naturalist suggests that an instinctive response to infants’ cries may be intrinsic in all mammals, regardless of species.

To study the “caregiver responses” in mammals to distress calls of “taxonomically and ecologically distant species,” biologists Susan Lingle and Tobias Reide played recordings of cries from a variety of mammals to deer in the Canadian wilderness. The researchers found that the deer responded quickly to the sounds of infant fur seals, cats, dogs, humans and even (when pitched appropriately) bats, suggesting that

[…] acoustic traits of infant distress vocalizations that are essential for a response by caregivers, and a caregiver’s sensitivity to these acoustic traits, may be shared across diverse mammals.

It’s always tempting to anthropomorphize (especially when it comes to babies and attentive animal caregivers. Many of us were reared on Bambi, after all) but io9 points out that it would be over-extrapolating to assume that the deer were actually responding to emotional content in the infants’ calls, rather than just acoustic traits. Here, let this video get all your foolish human sentiment out in one fell swoop!

Now go back to SCIENCE-ING!