These Music Industry Leaders Want DMCA Laws to Get Even Stricter 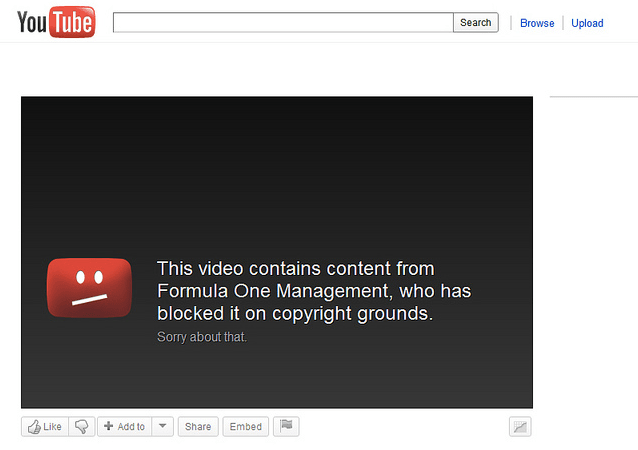 Several prominent musicians, including Christina Aguilera, Katy Perry, and deadmau5, have asked the US government to change some aspects of the Digital Millennium Copyright Act (DMCA). They want even stricter rules for DMCA takedowns.

Bloomberg reports that more than 100 artists and managers in the music industry have filed petitions regarding the DMCA to the US Copyright Office. In one letter, the artists wrote, “Section 512 of the DMCA has become the all-purpose shield that tech companies hide behind while they threaten the livelihood of music creators. This outdated law forces us to stand by helplessly as billions of dollars in advertising is sold around illegal copies of our work.”

These music industry leaders have requested better implementation of takedown notices for copyrighted material on sites like YouTube and Tumblr, because they claim the current reporting systems make it too hard to find everything. There’s way too much much copyrighted content going up all the time here on the internet, and the music industry wants to zap all of it. The musicians involved in these petitions would probably be disappointed to learn that current attempts to automate DMCA takedowns produce a lot of false positives!

The music vets involved stressed the importance of changing these laws to benefit “the next generation of creators,” who they fear “may be silenced if the economics don’t justify a career in the music industry.” These industry leaders claim that uploads of copywrighted material have resulted in massive financial losses for them; however, the Computer & Communications Industry Association responded on behalf of tech leaders by saying that musicians needed to provide data that would prove these losses.

Here’s my question: did economics ever justify a career in the music industry? Horror stories of musicians getting screwed over by record labels have existed since time immemorial. I’d be very interested in seeing some information on how best to get musicians paid via current technologies, rather than forcing them to rely on institutions that historically haven’t cared about their work. Whether those institutions are oily record execs or oily Google execs, it doesn’t seem to matter. Either way, the artists tend to end up riding the caboose of the money train—they get paid after every other higher-up gets their cut.

I don’t think individual YouTube and Tumblr users deserve the blame when it comes to artists not getting paid. The current state of DMCA takedowns on YouTube can force down a video with music playing indistinctly in the background, as well as uploads that definitely aren’t “fair use,” like re-postings of music videos. What about all the fan-made music videos that put scenes from anime alongside Dashboard Confessional songs? Are we supposed to take all of those down, too? YouTube probably thinks so, but they’ve got a long way to go when it comes to getting rid of that entire genre. The way DMCA works now, it ends up punishing music fans and making them feel resentful. We need to make it easier for people to support artists’ work and share it—not harder.

There’s got to be some way to make it easier to get money to artists, while also encouraging the creativity that places like YouTube and Tumblr should allow. Can’t I just click off a ticky-box somewhere that sends some YouTube ad money to a band if I want to use their song in my video? I’m sure that would never actually happen, because it’s probably some sort of legal and/or logistical nightmare … but in my brain, it sounds great.