Magic: The Gathering Introduces Us to the Magical School of Strixhaven Where a Hat Doesn’t Determine Your Mortality Chart for Life 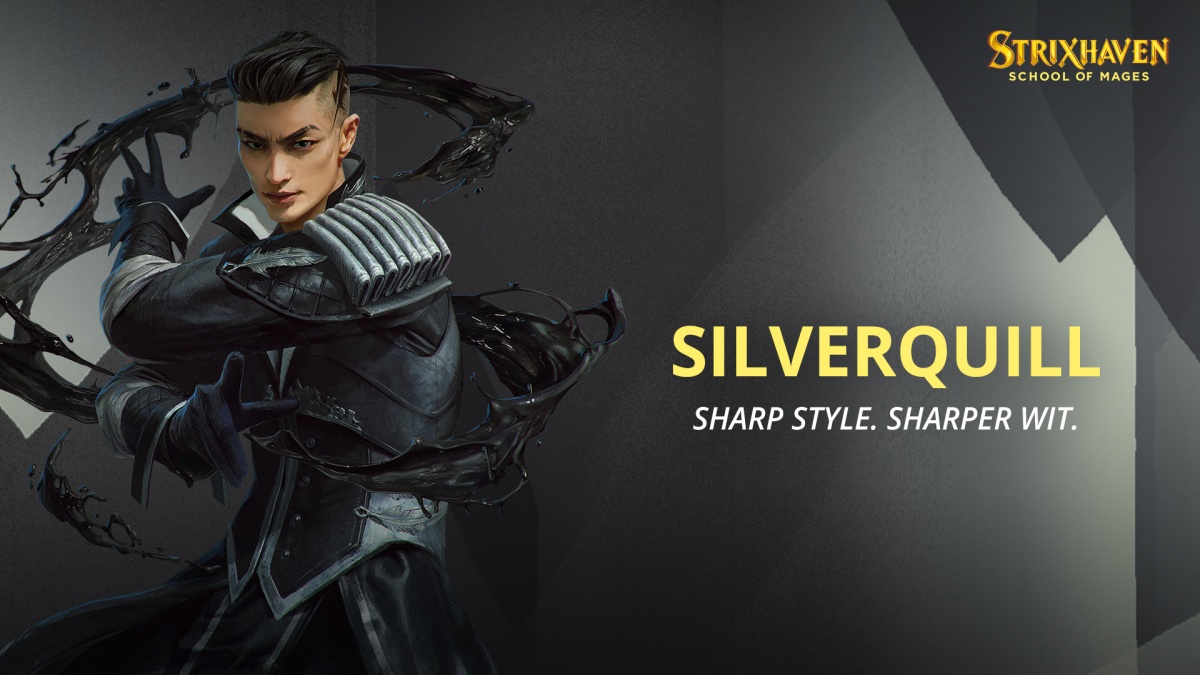 There is a new magical school in town coming from Magic: The Gathering, and it is called Strixhaven: School of Mages.

Taking place on the not-yet-visited plane of Arcavios, Strixhaven holds the distinction of being the most elite university in the Multiverse. There are five Colleges, each named after an elder dragon who founded it, and I’m guessing they do not figure out which school they belong to via a magic garment—at least, not as of yet.

Only a few cards have been revealed from the set so far, but honestly, as an ex-Potterhead, I just love giving nerd culture other identities to glom onto and enjoy—especially cause, let’s be real, the sorting system at Hogwarts is very busted.

Let us meet the houses of Strixhaven and see which personality we wanna have. 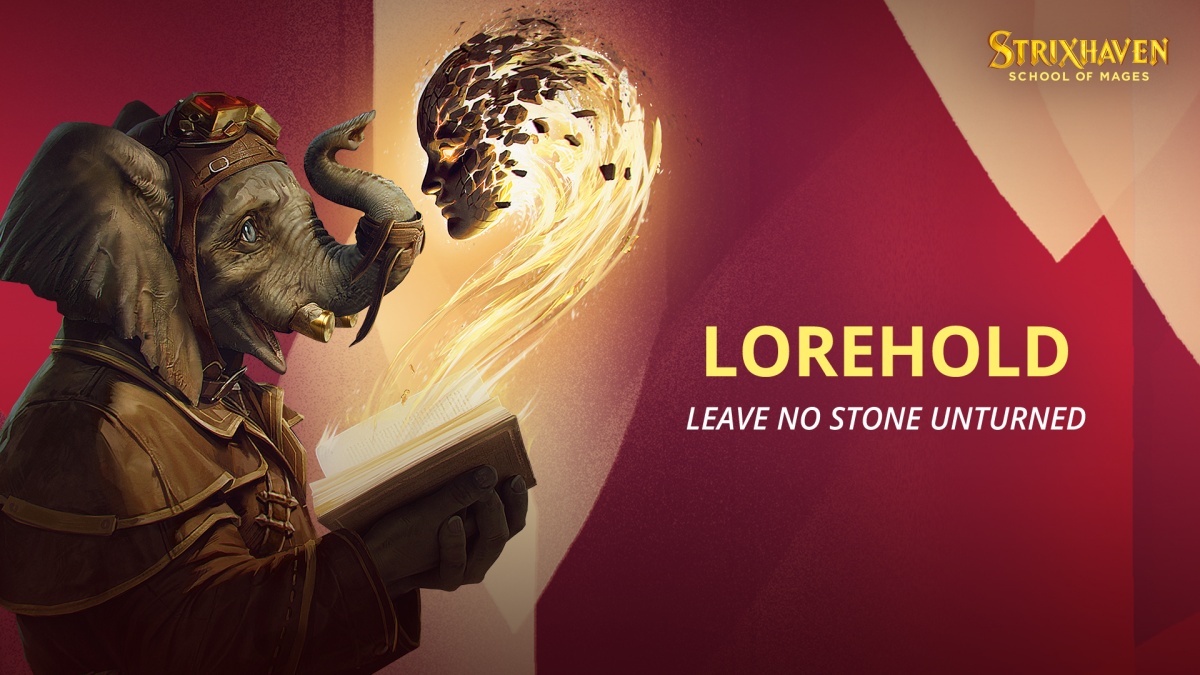 First, we have the academic mages of the school in Lorehold:

Loreholds are diligent researchers and daring adventurers. Passionate scholars obsessed with history, they explore the past by pouring over archaeological artifacts and summoning long-dead spirits. For some students, the past is a rich tapestry worthy of disciplined study. While others wear that tapestry like a cape as they jump down into a forgotten tomb. Their motto is “Leave no stone unturned.” 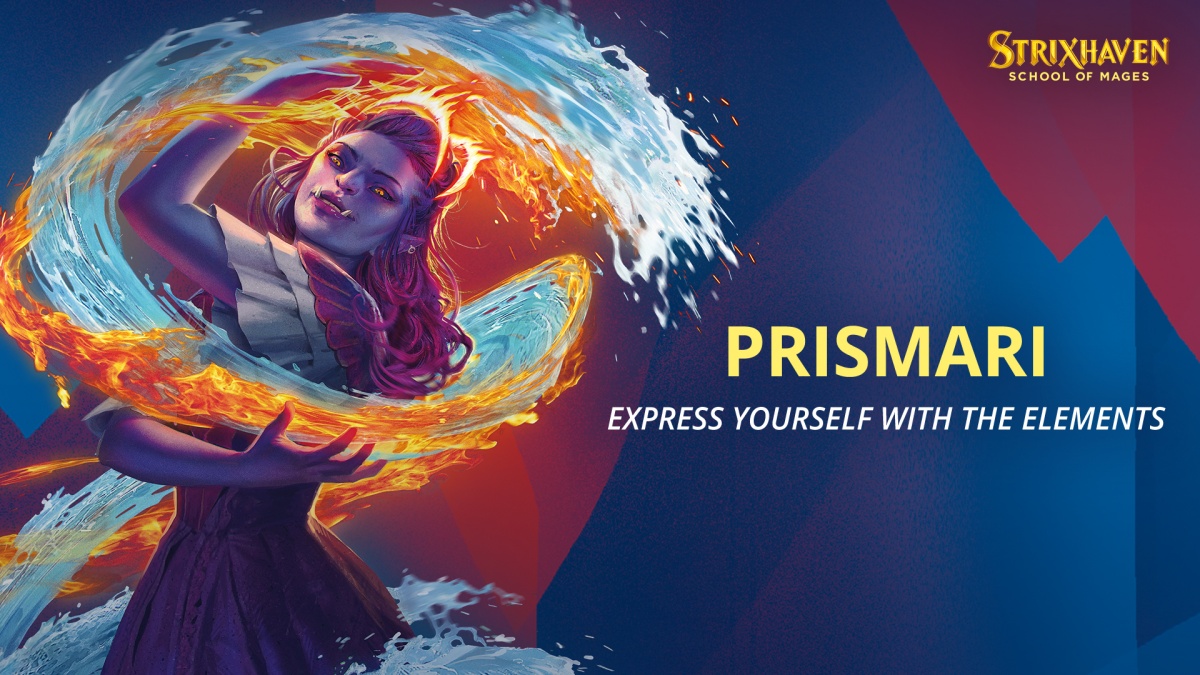 Described as the theatre kids of the school, this is a creative house which looks to use magic in its most pure way: to show off and look cool.

Prismari are the theatre kids of Strixhaven, and magic is how they express themselves. Their spells can be spectacles of raw creativity or meticulous artistic expressions. All the world’s a stage, and whether their art is informed by mind or emotion, Prismari always leave a lasting impression. Their motto is “Express yourself with the elements.” 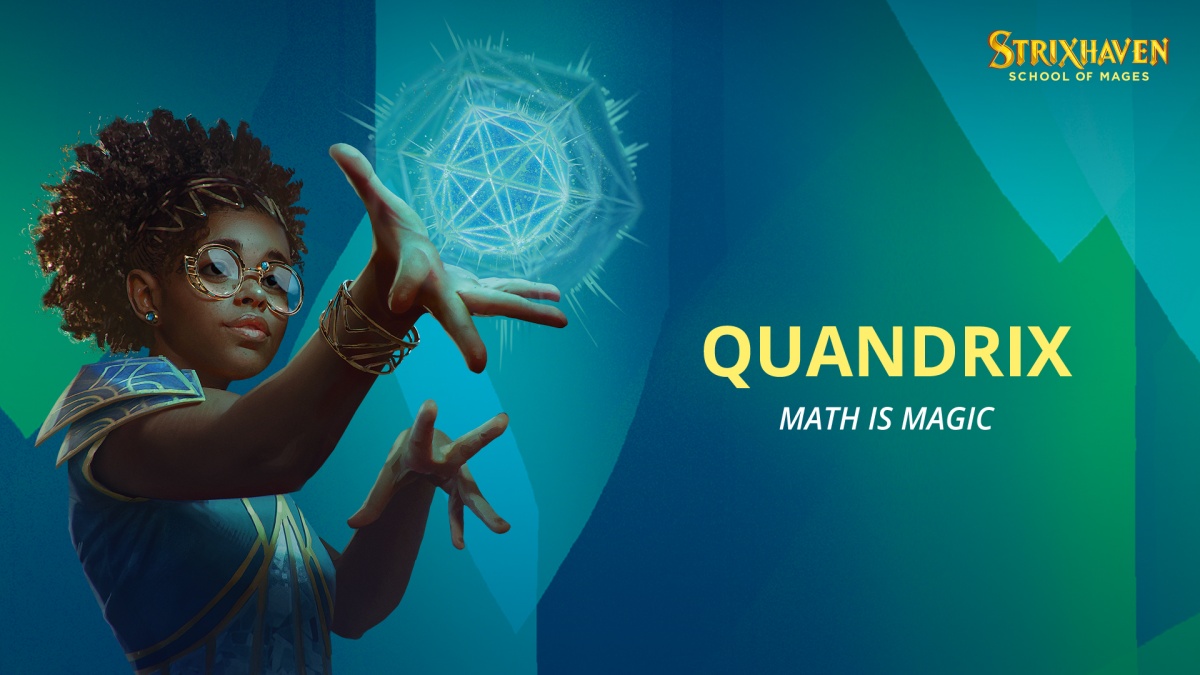 Ahh the nerds. Can I just say that these houses are not set up by vague personality traits by how an individual would choose to study magic? Anyway, these are the math magical folk, and I love the design of this Black mage. I couldn’t be in this house, cause math is not life for me, but I’m glad it exists.

Quandrix mages are ingenious math magicians. They study patterns, fractals, and symmetries to command power over the fundamental forces of nature. They’ll solve a Rubik’s Cube while contemplating the metaphysical properties of the universe and can recite every number of Pi backwards. Their motto is “Math is magic.”

The unfriendly magical hotties. This is for the Slytherin/Gryffindor ex-pats.

Silverquills wield the magic of words, from inspiring battle poetry to biting arcane insults. Stylish, intimidating, and tirelessly competitive, these mages are born leaders with a razor-sharp wit and natural charisma that can be used for good or for ill. Their motto is “Sharp style. Sharper wit.” 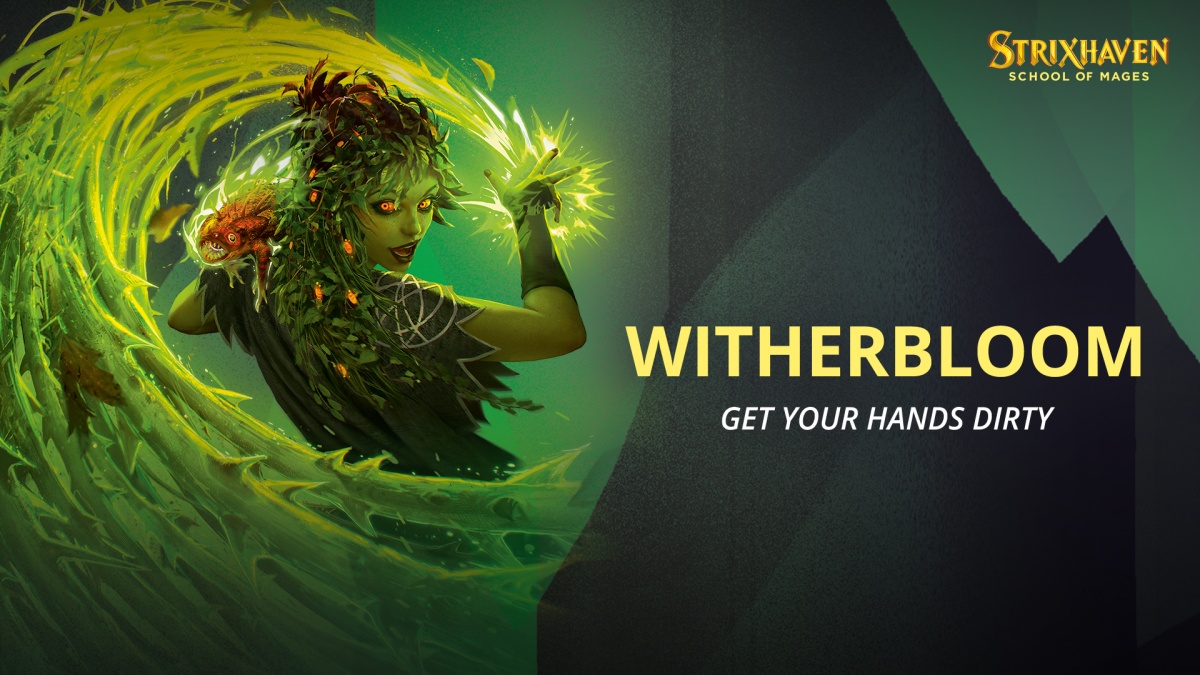 Witherblooms are goth bio majors. They draw power from the essence of living beings, whether that means enhancing nature or exploiting it. Witherbloom mages are most at home riding zombie crocs, picking herbs for potions, and hanging out in their swamp making grim jokes. Their motto is “Get your hands dirty.”

Despite not even seeing the cards yet, I’m excited about the lore of everything here. I love fantasy and as a fantasy fan one of the best things about Magic: The Gathering is that it is just one massive fantasy story.

Also, I think I’m in Lorehold.

(via Magic: The Gathering, image: WoTC)