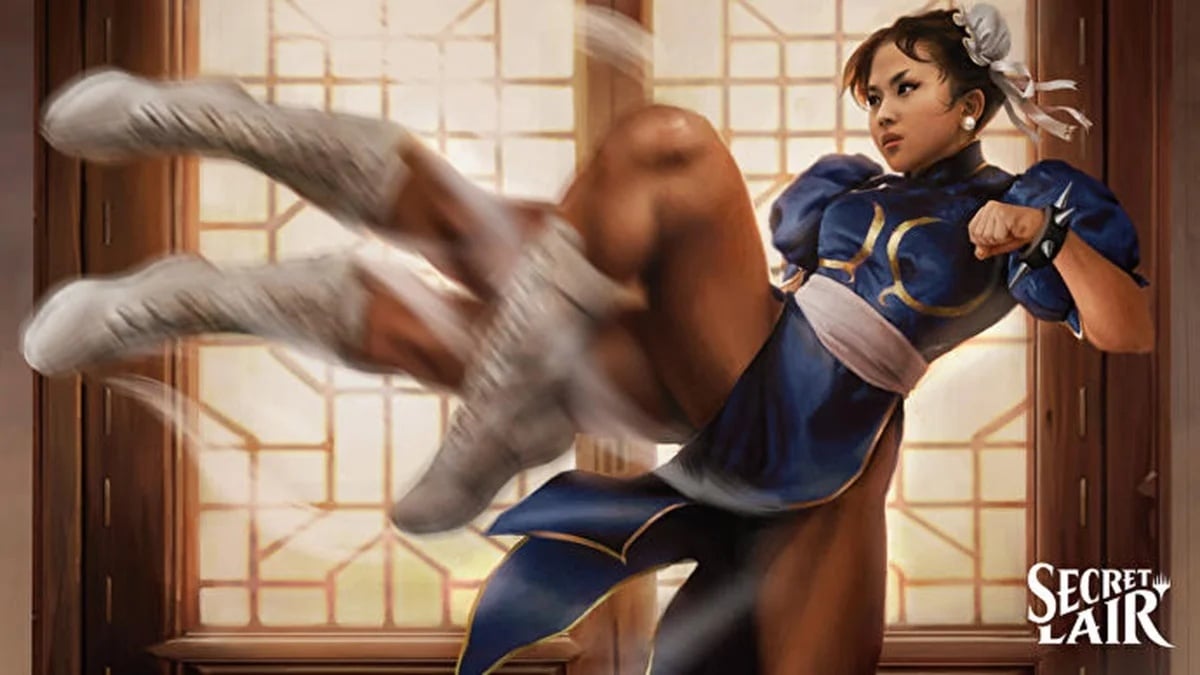 Magic: The Gathering‘s “Universes Beyond” line is a sub-brand within the existing card mythos that has allowed publisher Wizards of the Coast to bring other franchises into their MTG universe. The controversial The Walking Dead crossover has been “Grandfathered in,” and despite some fans not liking it, the success of it had led to more collabs, including with the video game series Street Fighter.

ComicBook.com shared an image of Chun Li, one of the biggest video game characters of all time and the face of Street Fighter, and some information about what to expect:

Honestly, I just want to make Chun Li my Commander. I think that I deserve that right as person. The art looks cool, and I’m sure that if the card art is similar, it will bring in a fresh group of fans who simply want to take in this cool art.

Probably exactly what Wizards is expecting.

The first major addition to this “Universes Beyond” was with the D&D set “Adventures in the Forgotten Realms.” It brought in characters from D&D as well as Dungeon mechanics into the game, which led to some fun videos of people within both fandoms coming together to play and show off their skills.

Coming out within the next 24 months will be four Warhammer 40,000 Commander decks, a Stranger Things Secret Lair, a full Lord of the Rings set, and a crossover with Fortnite.

I’m just putting out the idea of a Sailor Moon or Adventure Time collab into the universe. For the culture.

But just because Wizards is branching out doesn’t mean they are slacking at pumping out more and more standard Magic cards. They already have four sets planned to be released in 2022 , two of which will see us returning to the planes of Kamigawa and Dominaria. This year, we still have Innistrad: Midnight Hunt and Innistrad: Crimson Vow coming out for all of us vampire and werewolf deck havers, and I know I shall be looking forward to adding yet another Sorin planeswalker to my vampire deck.